What Happened When I Tried Intuitive Eating for a Week

Recently, the TikTok algorithm has become a little too accurate, showing only niche videos about Harry Styles, people who love Charli D’Amelio, and body positive content (perfectly timed to when summer rolled around). Something that I’ve actually learned from TikTok recently is the dangers of diet culture, which far too many times I have fallen into — down to restricting my own food intake in the hopes of losing weight, and consuming media that idolizes a thin body type.

Christy Harrison, author of Anti-Diet: Reclaim Your Time, Money, Well-Being and Happiness Through Intuitive Eating, describes diet culture as a system of beliefs that “worship thinness and equate it to health and moral virtue." That means you can spend your whole life thinking you’re irreparably broken just because you don’t look like the impossibly thin ideal. She also explains that this type of thinking promotes an unhealthy obsession with weight loss, demonizes certain ways of eating, and unconsciously creates a very negative relationship with food. In simpler terms, this culture can be described by saying "gaining weight is bad, losing weight is good," and you should do whatever it takes to get that ideal thin image. According to Eating Disorder Hope, this harmful culture can also be linked to the development of eating disorders.

When I began learning about intuitive eating, I couldn’t wait to see how it freed me of toxic thinking about food, actively combating diet culture. Here's what happened when I tried it out for a week.

What is intuitive eating?

Kerri-Ann Jennings at Healthline describes intuitive eating as reclaiming the control of your own diet and honoring your hunger. “It’s the opposite of a traditional diet," she writers. "It doesn’t impose guidelines about what to avoid and what or when to eat. Instead, it teaches that you are the best person — the only person — to make those choices.”

So, before I began my week of implementing intuitive eating, I researched the basics of this eating style, and how to safely practice it. A common misconception about intuitive eating is that you should ignore thoughts about food and eat whatever you want. And while this is true in a way, not following the dos and don'ts of intuitive eating, especially with a history of restrictive eating, can result in binging. Some important guidelines to learn are the difference between physical and emotional hunger, and the key guidelines of eating in moderation (or satisfying hunger without causing guilt).

Intuitive eating is a process of listening to your body, and if you have a history of dieting, this may mindset may take a while to unlearn. Preparing for the week, I remembered to be patient with myself.

To save you from reading about every single meal and snack I ate for a week, I logged my favorite meals and notable snacks that I’ll list below.

Pizza with peppers and sausage, green grapes, and a caesar salad

I also had plenty of desserts. This is rolled vanilla ice cream with Oreos and cookie crisp.

What I learned from intuitive eating

Since I have only been practicing intuitive eating for about a week, I haven’t seen some of the long-term benefits just yet, but I definitely notice a change in mindset. According to Verywellfit.com, here are the listed benefits you're supposed to notice:

As I said, a lot of these benefits will come by eating intuitively long-term, but I did notice myself feeling less stressed and more content.

When dieting, something I never noticed is how I sometimes dreaded eating and working out, and slowly began labeling foods as “good” or “bad.” For example, the pizza and rolled ice cream I ate this week is something I wouldn’t have let myself have a few months ago, because I had conditioned myself to think I didn’t deserve those things in moderation. Diet culture made me think that eating a piece of pizza or a cup of ice cream would make me gain weight, which seemed like the end of the world.

Eating these foods in moderation made me feel a lot less guilty about them. I satisfied my cravings, and I just felt good all-around after eating. I found that I didn’t feel as guilty because I started to view these foods as vital fuel for my body and not that bad for me.

Plain and simple, it just felt good to listen to my body. I felt less stressed day-to-day, and a little more upbeat and enthusiastic. After years of trying different diets and fearing certain foods, beginning to let go of those thoughts and fears about food felt great.

If you’ve struggled with dieting and restrictive eating habits in the past, I definitely recommend giving Intuitive eating a try. It definitely helped me realize that some of my subconscious feelings towards food were harmful, and take steps to reverse them. Meeting with a nutritionist is a great way to start, because they can help you find ways to slowly transition into a healthy and balanced lifestyle.

Megan is a senior majoring in Marketing Communications and Publishing at Emerson College and is currently an Editorial intern at Her Campus Media. She's spending her final summer in Boston and is making the most of it by trying all the take-out in Allston that she can get. Apart from writing, she is passionate about baking, thrift-shopping, ice cream, and making an honest attempt at reducing her Tik-Tok screentime.
Similar Reads👯‍♀️

Wellness
Bestie, These 3 Planets Are Retrograding This October
Read more → 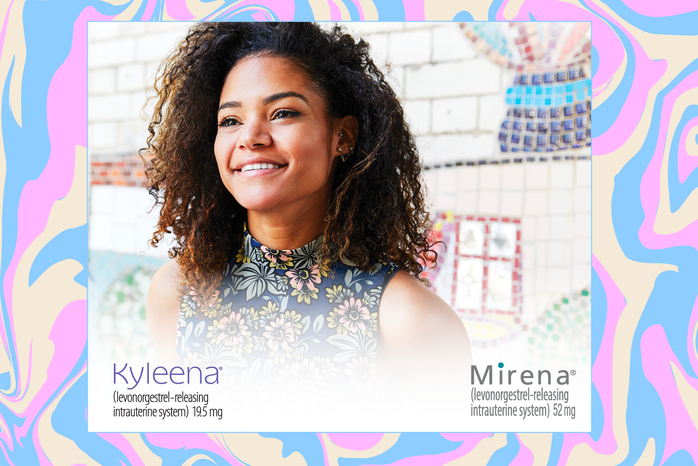 Wellness
Thinking about an IUD? Here Are Some Things to Consider Discussing with Your Doctor
Read more →

Wellness
Mars Is Entering Retrograde, So Here’s What You Need To Know
Read more →
Good stuff only!