From Ashley Graham’s stunning Sports Illustrated cover to the addition of a variety of body types in Barbie’s lineup, it seems that society has finally heard our calls for diversity. We’ve seen some pretty major strides in the body positivity movement—so how has that actually affected real women? We had 12 college women weigh in on the subject of body positivity, self image and more to see how much impact the movement has had so far.

“The college environment definitely does not promote body positivity. There is so much stigma over how easily one can gain weight in college: ‘Beware of the Freshman 15!’ ‘She really let herself go.’ ‘Dining hall food is terrible for you.’ ‘Weekends of drinking and Dominos goes right to your gut.’ It all only leads to women being more conscious and stressed over what they eat and how often they exercise, rather than promoting balance between staying healthy and enjoying being young.“

“It’s so inspiring to see women with such different bodies from one another come together and be proud and confident, despite what society tells them they should look like. It helps me with my body image, but at the same time it’s so difficult to detach myself from the ‘Victoria’s Secret Angel ideal.’ In a way, the body positivity movement has kind of added to my struggle, because I’m more likely to fluctuate between not caring about things like my weight and eating whatever I want one week, and panicking because I can’t fit into my jeans (and the cultural ideal of beauty) the next. I’m still finding a balance, but I think ultimately the body positivity movement can help me get there.“

“The body positivity movement has definitely affected the way I see not only my own body, but the bodies of others. As an average-sized girl with thick thighs and a booty, growing up in the era of the size 00 wasn’t easy. I can’t remember a time where I looked at a magazine or a music video and said ‘Wow, she looks just like me.’ It was always ‘Wow, I will never be that skinny.’ It wasn’t until recently when people like the Kardashians, Demi Lovato, Nicki Minaj and Beyoncé started to really embrace their curves and let them be seen. I think that for young girls, especially, growing up in a size zero world is extremely detrimental to their perception of their bodies. I feel grateful that the body positivity movement exists, and think that Ashley Graham being on the cover of Sports Illustrated is a MAJOR moment for us as a society. Though there are people who are saying this moment in loving curves is putting the naturally skinny girls down, to them I would say that is a ridiculously unfair statement. For my entire life, everything—not just one song on the radio—but everything has been about how being skinny is the only way to have success. This movement is unbelievably important to changing the perception of body types in our society, and putting every body type on the same level of opportunity and respect.“

“I don’t think the college environment helps promote body positivity. There’s a lot of pressure to work out and ‘be fit’ but not a lot of encouragement to love the skin you’re in or love what you already have. I know a few people who have suffered from body image issues and eating disorders who feel like they have to hit a certain weight goal or have to look a certain way in order to feel accepted and loved by their peers, which is really sad to think about. There’s nothing wrong with being a different body type, but these girls feel like they have to meet impossible or impractical standards in order to be ‘beautiful’ or considered ‘popular’ or ‘normal.'”

“At my undergrad, we had a lot of resources for eating disorders and body image issues, including counseling, support groups and feminist movements. I felt lucky to go to a very inclusive, feminist campus and felt there wasn’t a lot of body pressure. I think a lot of it comes from your friend group and who you spend time with, but overall, even when I’ve encountered friends with body image issues or eating disorders, they wouldn’t wish these problems on anyone else, so there is no pressure to fit in with it. I’m not sure how it is at my graduate school, but it doesn’t seem to be an unhealthy culture so far, either.”

“The thing about the body positivity movement that has always frustrated me is that sometimes people who are thin are shamed. An example is in Meghan Trainors song ‘All About That Bass’ where she refers to skinny girls as ‘bitches.’ Body positivity needs to include all body types, even skinny girls. I’ve gotten a lot of hate from other girls for being thin. I don’t think there’s any body type that doesn’t get shamed, and we need to remember that and support one another as much as possible.“

“The body positivity movement has definitely allowed me to develop love for myself and my image. Unfortunately, being on campus does not promote body positivity at all. Everywhere you look there are girls talking about their image, guys talking about girls’ image, and social media mocking those images. It is hard to constantly remind yourself that healthy is beautiful and not just this idealization of what women ‘should’ look like. On the bright side, there are resources on campus for women who struggle with body image and eating disorders—BUT those resources are not promoted so they go unnoticed most of the time.”

“The body positivity movement encourages me to have self love for my body and love different aspects of myself, especially the aspects I considered flaws. The college environment is not very encouraging though. I think there is a definitely a pressure to fit into a mold when in the media you see women shown in a way that is considered ideal but isn’t realistic. On campus, I would say going to the campus health office for help is an option, but there could be more resources for body image issues and eating disorders.”

“I think that the body positivity movement is a wonderful thing that young people (particularly women, of course) are doing. I see it in online communities like Tumblr. I think that those kinds of posts and blogs are a good and real influence on young women, provided that the message is being shared in a positive and healthy way—meaning that it’s not promoting dieting or an environment of competition, but instead that it’s about promoting self love and personal confidence and erasing the stigmas and social rules that surround different body types. People gain confidence from seeing positive representation of people who look like themselves, and I think that in the world we live in there is always room for more sources of confidence and acceptance for young people. I don’t think there are enough resources or information available to college students regarding issues like eating disorders and body image problems, which are very common things that young women struggle with.”

“I’ve been overweight my whole life. The body positivity movement has made me believe that despite that, I can still be considered pretty. I still struggle with my self-image but I feel as though I’m in an environment that will allow me to learn how to love myself. It is very much a process and one that has its ups and downs. There are always people who aren’t okay with my weight and feel that I’ll never be attractive. That’s okay. Overall I try and surround myself with kind people. I think that we can all be kind to one another and support women no matter what their looks are—they are all more than their appearance.”

“Body image is something that a lot of women struggle with. Personally, I know I struggle with that as well. lt’s hard picking out things you love about yourself especially in such a judgmental society. I think that although schools promote body positivity, I don’t think it changes how people think about themselves.”

“It has definitely affected me in a positive way and that’s saying a lot because I’ve struggled with my self-image since I was 4. Overall, I’d say there’s been a real growth not only of body-type acceptance but of living a healthy lifestyle. A lot of people have been asking for healthier food options and the campus has been listening and changing the food options every year. In college, it’s really easy to fall into bad cycles and habits, especially since this is the first time many people are on their own. But the environment here has luckily been really supportive in a positive way. Am I completely secure in my self-image and how I see myself? No. But I can definitely say that I am becoming more comfortable with the body I have and learning that there’s no one way to be and that’s a great thing.“

Alice is the Senior Associate Editor at Her Campus. She graduated from Emory University in 2012 as an English major and a Dance minor. Before joining Her Campus, she was an associate editor at Lucky Magazine. She is currently located in Salt Lake City, UT, where she spends her free time rescuing orphaned kittens, whose lives are documented on Instagram at @thekittensquad! You can find her on Twitter and Instagram at @alicefchen.
Similar Reads👯‍♀️ 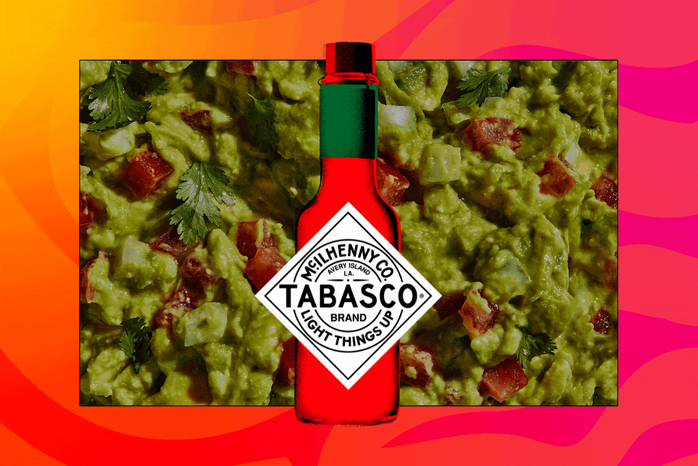 Wellness
How To Handle Difficult Conversations During The Holidays
Read more →

Wellness
Top 5 Reasons To Prioritize Your Vision, According to an Expert
Read more →