There Is So Much New Kat Von D Makeup, You Guys

Kat Von D has been killing the makeup game with her 100 percent cruelty-free beauty line for almost 10 years now (Congrats, Kat!), and we are always stunned by the beauty and quality of her makeup products. Not only has she been successfully releasing her own product line, but she has also paired with other popular beauty companies in the industry to release collaboration products, like the Kat Von D X Too Faced palettes that were recently released. She isn’t stopping there, though. She just announced the release of even more beauty products that are sure to become our new fave items.

The soon-to-be released products include a Pastel Goth Palette, which includes eight highly pigmented and blendable matte eye colors that are sure to add an enviable pop of color to your lids, as well as 25 new Everlasting Liquid Lipstick shades. I’m not sure which products I’m more excited for??

Your soul may be dark, but your makeup doesn’t have to be! The Pastel Goth Palette {$38} includes 8 highly pigmented matte shades! Which shades are you swooning over?! *Coming to Sephora.com on 1/10! #katvondbeauty #crueltyfreebeauty #vegan #PastelGothPalette

The palette will be available on January 10 at Sephora for only $38, while the liquid lipsticks will be slowly released over the course of the next few months. The beauty guru has been posting tentative release dates on her Instagram account, but suggests also following her beauty account to continue seeing updates.

25 NEW @katvondbeauty Everlasting Liquid Lipstick shades! They all have different launch dates so I suggest following @katvondbeauty for the best launch updates! I just wanted to show you some awesomeness coming out to look forward to! I threw in a few extra in there, too, cuz I love you: •Gold Skool is a metallic, longwear top-coat, that I’ll be launching for @katvondbeauty’s 10 year anniversary!! CAN YOU BELIEVE THAT’S COMING UP?! •XO – is the richest ox-blood I’ve ever worn and is already available in the #BetterTogether collection at sephora. And if you guys love it, I’ll make sure to bring it back in full size form! •Lovecraft is gonna be selling individually this Spring. •Plath and Roxy will be launching in full size in Feb! •and the first shades we are launching will be the last 6 nudes at the end of this vid: Muñeca, Ophelia, Ludwig, Sanctuary, Hawkwind, and Crucifix!! I believe they’re launching coming up this next week?? Again, I suggest following @katvondbeauty for official release dates, and WAY BETTER swatches than me! SONG: “Vision One” by Röyksopp

While the palette includes a primarily bright color scheme, the liquid lipstick shades vary from bright blue and green hues to warm oranges and reds, to classic mauves and pinks. The first round of releases will be available in early February, while others will be released in April. We can’t wait to get our hands on them!

I can’t imagine a world without Kat Von D‘s beauty line, and I’m so happy we don’t have to! Mark your calendars for these new releases, you won’t want to miss out!

Taylor Petschl is a Cal Poly SLO alum and is currently attending Boston University for graduate school. She is a former campus correspondent and editorial intern for Her campus!
Similar Reads👯‍♀️ 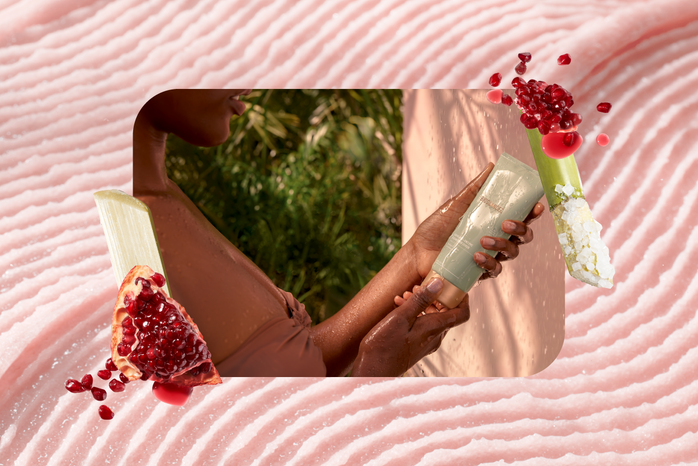 Beauty
How This New Sugar Body Scrub Will Give You The Best Shower Experience
Read more →
Good stuff only!