As a hopeless romantic, I always dreamed of having my first date. Being almost 21 years old, I am a late bloomer, and did not have my first date until November of last year. A highly anticipated experience ended up being one of the most uncomfortable situations of my life. I remember sitting there, and thinking “I now understand what my friends mean when they say they hate dating because I do not like this at all.” Reflecting back on the date, sure the guy and I didn’t have chemistry, but my main source of discomfort was my social anxiety. Ever since I was a toddler, I would be so excited for events like birthday parties, but when I finally got to the moment, I was frozen. While I’ve improved my social skills by a lot, the tendency to shut down in a foreign experience or meeting someone new can happen, and I have to put a mask on.

In addition to having high standards from all the romance books I’ve read, the tendency to let my social anxiety sabotage myself has significantly set back my dating life. Before going on my first date, I was on dating apps for almost two years. There is a reason it took so long for me to finally meet a match in person. While I’ve been ghosted more times than I like to admit, I also tend to develop an “ick” when talking to a guy. Once I get this ick, it’s hard to shake it, and it takes away any probability of future great conversations. For those of you who don’t know, an “ick” can be a mental or physical trait that turns you off from someone, and you can no longer see them in a romantic light. It actually has been a recent trend on Tiktok to share one’s icks. My problem is, I develop icks over the most simple things. According to my therapist, my social anxiety is the reason for this. I build walls up when the chance of actually meeting someone increases, and I have to work on being more open.

I am aware of this flaw of mine, but I still get icked over the smallest things. I’ve shut down conversations with guys because they told me their favorite movie was Wolf of Wall Street. I’ve started giving boring responses after a guy asked if I use Snapchat (I still think this is a valid reason. You’re a man in your 20s, and you are using Snapchat to communicate? Snapchat? Grow up!). I even got annoyed when a guy told me he was also a big romantic comedy fan, but he hadn’t seen 10 Things I Hate About You, a true rom-com classic! I’ll admit my first date was over before it even started because the night before, the guy sent me a “sounds good” with a red heart emoji when confirming plans. Call me weird, but to me, the red heart is so much more serious than the others. It’s specifically for best friends, close family members and significant others – not someone you are going on a first date with. Even my friends said I was a little extreme with this ick.

I want to have a dating life, I truly do. However, it is a challenge when I can so easily shut myself down after putting myself out there. I had to take a break from dating apps because I was even driving myself insane with how picky I was. I needed to take some time to break this insufferable pattern. Dating is hard enough as it is, but bring in the online aspect, and it feels ten times worse as you try to interpret message tone, emoji meanings and response times. As someone who wants something more committed as well, half of the men on these apps are eliminated as they want nothing more than a one-night stand. There’s nothing wrong with that, but that’s not the space I’m in. Sometimes I just wish I would bump into someone special while out, so I wouldn’t have to deal with the whole thing.

To all the girls who are also struggling with dating in your 20s and dealing with anxiety, know that your struggles are not out of the norm. I see you, and I hear you. Also, if you have any additional advice, please contact me because I am so open to it! For now, I am going to work on understanding different opinions and perspectives. Just as I would with a platonic friend, I need to approach a romantic relationship the same way. I know my person is out there, and sooner or later, I’ll meet someone for whom I can overcome any icks and live my own romance story.

BriannaRose is a UCLA Communications major and Film/TV minor who aspires to break boundaries and stigmas. As an aspiring creative director, she works on student films and photography projects, and has professional experience in both fashion public relations and internal communications for cable. In addition to writing, BriannaRose volunteers at local animal shelters and competes in pageants. She currently represents the city of West Hollywood in the National American Miss system.
Similar Reads👯‍♀️ 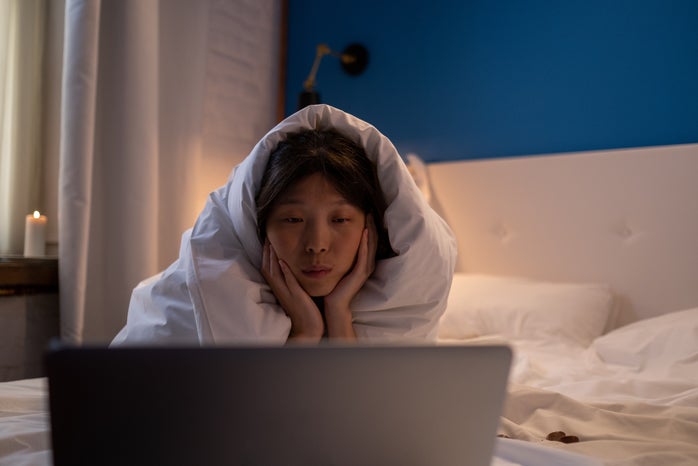 Entertainment
As A Former Directioner, This Album Has Restored My “Faith In The Future”
Read more →

Academics
How I Got Into UCLA As A Transfer
Read more →
Good stuff only!