Am I Stupid, Or Is He Lying?: How I Was Tricked Into Feeling Inadequate As A Woman In STEM

My computer science discussion section always begins with a Kahoot review that feels more like a battlefield. “That was so obvious,” the guy on my right shouts into my ear. The message obviously isn’t for me, because the guy to my left yells back: “I chose blue before I saw red.”

I was slow, maybe even stupid; I just wasn’t a natural fit for computer science.

I’m seeing red, but not on the Kahoot screen. Every week, these men sit on either side of me only to compete with each other. They shout their answers before I finish reading the questions and only admit to their mistakes as consequences of speed. They never ask for my input, and when I offer it they always ask another man for confirmation.

Last year, this computer science class quickly became my personal hell. Surrounded by boisterous and condescending men, I began to internalize my own exclusion. After class, I would pace my dorm and dread the projects I struggled to decode. I was slow, maybe even stupid; I just wasn’t a natural fit for computer science. I decided the career I wanted required a type of brain that I didn’t have, one that was made for recognizing patterns in numbers that hid from me like a never-ending game of hide-and-seek.

Of course, this mythical genius math brain I so envied in my peers wasn’t real. There were definitely some ultra-smart people in my classes, but the majority of my peers were also struggling over the notoriously difficult projects. When I decided I didn’t fit the image of an ideal coder, it was in part because the image I was holding myself to was established sixty years ago on an exclusionary lie.

This lie began in the 1960s when influential software company System Development Corp (SDC) contracted psychologists to make a personality profile to predict ideal programmers. After interviewing 1,400 engineers — only 200 of them women— their profile disproportionately eliminated women and favored men with little empathy and low extraversion. This aptitude test kickstarted the reduction of computer programmers from the original pioneering Black women into the modern stereotype of nerdy and antisocial white men.

These exclusionary stereotypes have lasting effects. A 2020 study found that the leading cause of the STEM gender pay gap was the lack of female self-efficacy resulting from cultural beliefs about the appropriateness of women in STEM professions. In other words: a confidence gap is making women less likely to apply for and then promote themselves to the same levels as men in STEM careers. Despite research showing no innate cognitive difference between men and women in math, girls are more likely to lose confidence in math by third grade, and boys are more likely to rank themselves as strong in math in 2nd grade before any performance differences are evident. These differences continue through adulthood, where women are more likely to rank their STEM performances less favorably than men. Reading all of this, I was shocked that I had fallen for such a longstanding, obvious myth of a male brain innately more capable than my own.

It’s easy and obvious for me to argue that misogyny impacts the acceptance of women in STEM — but this isn’t enough to make up for the years I spent believing I didn’t belong. I still have to fight the part of myself that tells me that I’m inadequate when I feel lost in a class. When I attended an orientation for Upsilon Pi Epsilon— a computer science “honor society” at UCLA — I felt almost sick walking into a room of over 30 men as one of only three women. I can’t help but be hurt by how the guy in my math discussion group will turn to any man before he asks me for help with a question on our weekly worksheet.

Before I can challenge the institutional sources of my pain, I have to begin by being kinder to myself. My first step forward is to tell myself that I am not, and I will never be, stupid.

Elyse is a San Francisco native and third-year majoring in Linguistics and Computer Science at UCLA. Ask her about herself so she can tell you way too much!
Similar Reads👯‍♀️

Experiences
Knowing My Privilege: How To Support Black History Month As A White Woman
Read more → 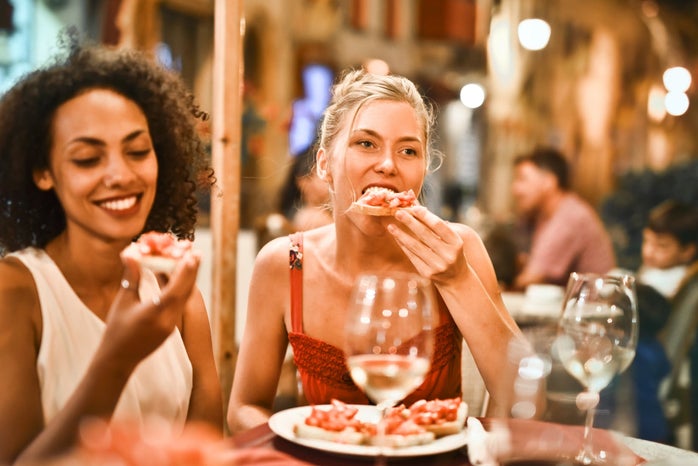