Foreign Correspondence: How A Month In Europe Opened My Eyes To A New Career Path

During the summer prior to my seventeenth birthday, I had the privilege of traveling to Interlaken, Switzerland, with my best friend and her family. Typically, my travels during the summer were never extensive, consisting mainly of trips to Disney World and local beaches in Florida. That being said, I was thrilled to embark on a vacation that lacked humidity and excessive rain. My best friend and her family are Swiss dual-citizens which meant our trip not only included the touristy excursions in Swiss towns, but also many unique ones that the average traveler may never experience. Not only did this month-long trip provide me with an altered outlook on foreign societies, but inspired me to pursue my love for writing in a career based in journalism as a foreign correspondent. 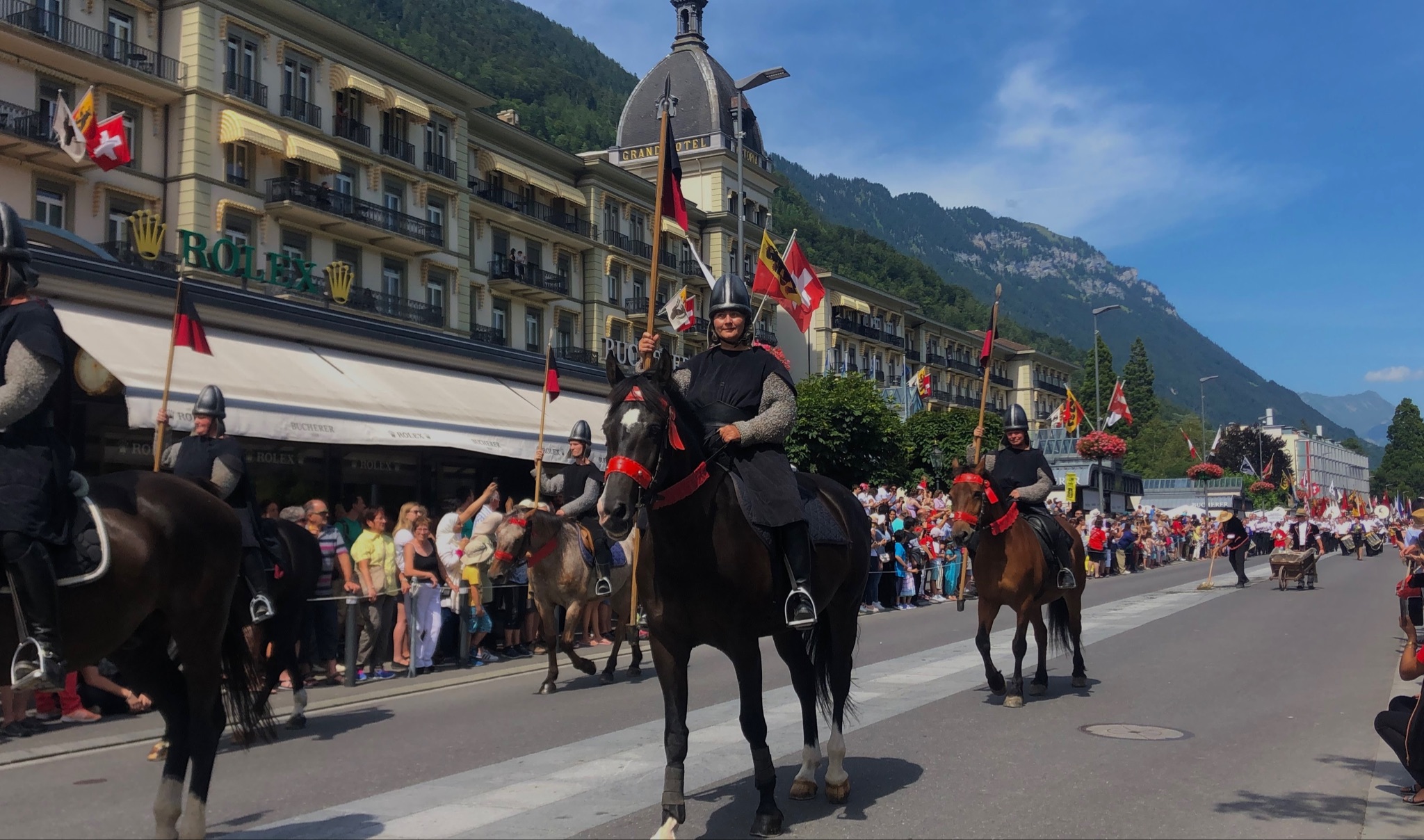 Spending a month in an unfamiliar country was truly a cultural shock, however, I do not think that I would be the person I am today without it. European fashion was the first thing that caught my eye upon stepping off the plane in Zurich. Their version of “casual” is much more formal than the American definition. Most summer outfits consisted of blouses and neutral print t-shirts, a line of flowing skirts (ranging from mini to maxi), jean shorts or jeans, and sneakers. For males, jean shorts/khaki shorts or pants are worn more widely in Europe, usually paired with a collared shirt or a t-shirt. Wearing pajamas, loungewear, or athleisure wear was quite rare.

In addition to the fashion, there were several other customs that I became acquainted with after spending my first few weeks in Interlaken. Trains were the most common form of transportation, which for me, was an entirely new concept. Popping in my headphones and staring out the window at the blurred Swiss countryside was immensely breathtaking and became one of my favorite aspects of European travel.

Swiss music was also a distinguished cultural phenomenon that I enjoyed. Whether it be traditional Yodelers joining us at dinner, Alphorns at the center of the crowd at the First of August celebration, or Folk music being played on fiddle in the middle of Bern, I was entirely fascinated. The differences between Swiss music and different traditional tunes of neighboring European countries, such as France and Italy, piqued my interest. I took note that the German influence on Swiss culture is most prominent in Interlaken, not only in many of their musical traditions but also in their language and food. During my stay, I had many dishes with German origins, such as Wienerschnitzel and Rösti, and more common Americanized foods such as Raclette and, of course, Swiss Chocolate. 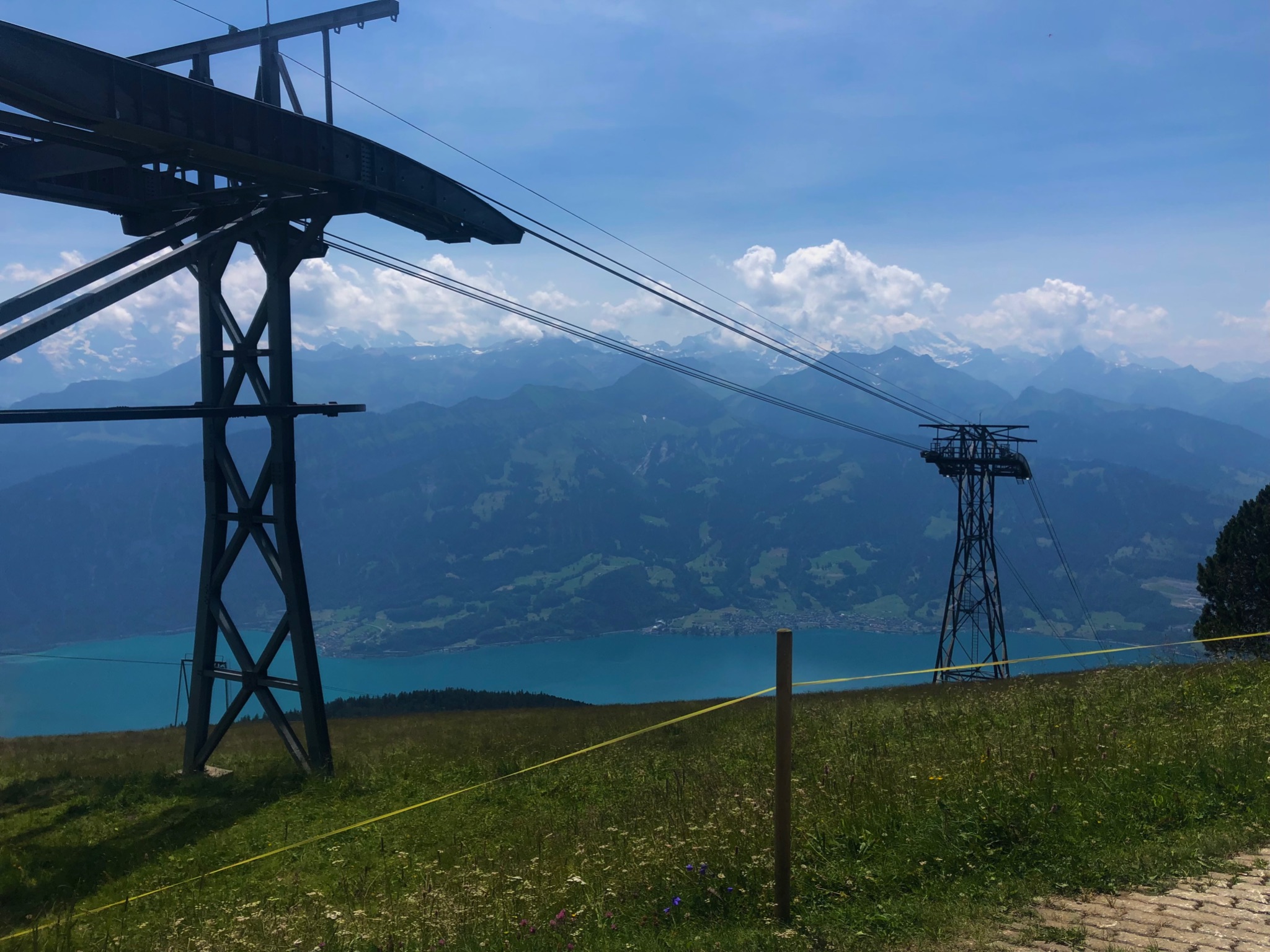 Switzerland is a land-locked country bordering Germany, Italy, France, and Austria, therefore, the cultural influences are rich and prominent. In Interlaken, many permanent residents speak in a regional dialect of German, commonly known as Swiss-German. However, many of the Swiss regions bordering France and Italy have a large number of French and Italian speakers who speak in their own variation of a Swiss dialect. Language has always been a fascinating aspect of culture to me due to its abundance and complexity. Therefore, I took the time while in Interlaken to learn commonly used words and phrases in Swiss-German. With the help of my best friend and her basic knowledge of the language, I frequently used the words Danke (German), and Merci Beaucoup (French) when thanking someone for helping me open the bathroom door on the train.

Not only did the geography of Switzerland appeal to me due to the mixing of several cultures, but also because of the vastly different geography from what I was used to. Florida’s many beaches and its lack of any elevation change had grown immensely boring after the many years I spent there. Switzerland was filled with breathtaking mountains, peaked with snow even in the middle of summer, and beautiful countrysides with lush green grasses dotted with Edelweiss flowers (A protected species native to Switzerland). Although we ventured within the canton of Bern to various places such as Grindelwald, Thun, Unterseen, and Beatenberg, hundreds of towns and cities remain that I have yet to discover. 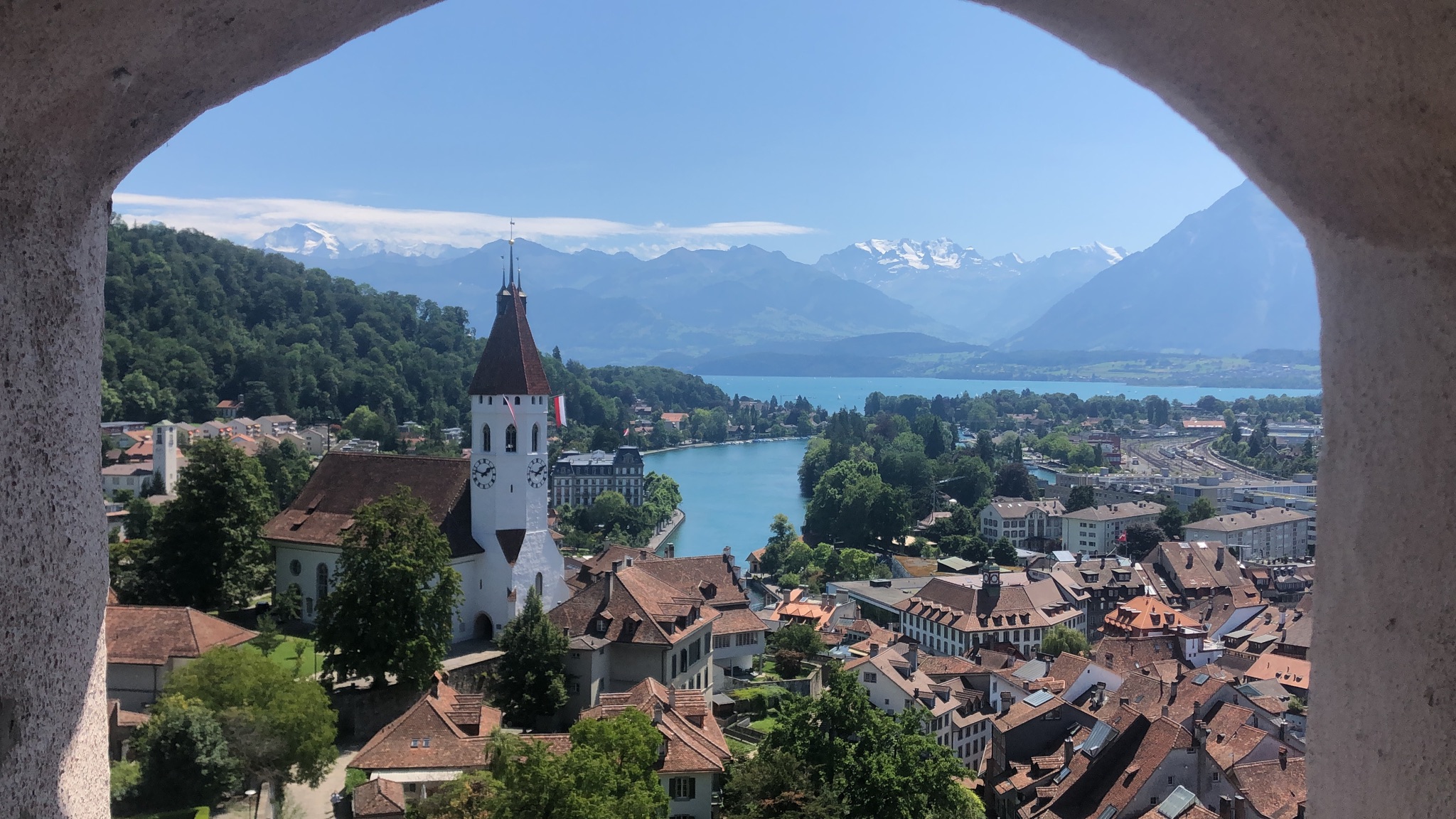 When we were nearing our final days in Interlaken, I felt a sense of panic and sadness bubble up in my chest. There were so many things about Switzerland and Europe that intrigued me, and I was torn at the idea of leaving when I still had so much to learn. I struggled to photograph all of the memorable feats throughout our trip, therefore, many memories remained purely in my mind. This made it difficult to describe memorable moments to my friends and family when I returned to Florida. As I have always had a love for writing, it was in that moment that I realized recounting our adventures in writing would be the best way to preserve them.

As I have learned as a journalism student, first-hand experiences are vital in providing an accurate, valid, and factual account of a situation. The first-hand experiences I had in Switzerland – speaking to Swiss natives, exploring different regions, and experiencing cultural traditions – were vital in the emergence of my passion for journalism, more specifically foreign correspondence. Not only did I wish to provide uncovered facts about the culture and customs within Switzerland and Europe, but I also wished to tell stories about the lives of the people in their society and how greatly they differ from ours in America.

Typically, foreign correspondents work in a country other than their own, where they report on political and economical matters, such as international relations, foreign policy, local and national government affairs, and living conditions. Foreign correspondents often find themselves in other countries for long periods to become fully acquainted with their assigned country and its matters. Personally, I believe there is no better way to gain knowledge about another country than completely immersing yourself in the culture.

Becoming a journalist is no easy feat, and has arguably become my greatest challenge thus far. Engaging in social interactions with new and unfamiliar people is not my forte as an introvert. That being said, my love for learning about foreign language and culture continues to drive me towards accomplishing my goal despite my fear and self-doubt. Throughout my undergraduate studies, I hope to hone in on many of these skills necessary to pursuing this passion and someday return to Switzerland, perhaps for longer than a month.

Casey is a first year student at the University of Texas at Austin pursuing a degree in Journalism. In addition to her role as a writer for HerCampus, Casey is also the World News Correspondent for Revolution Now Magazine. She aspires to be a foreign correspondent, engaging in in-depth cultural investigations abroad post-graduation. In her free time, Casey enjoys adventuring outdoors, traveling, and writing for her personal blog "Keenly Casey." IG: caseymckee_ Blog: KeenlyCasey.com
Similar Reads👯‍♀️