Major Panic: Changing Your Major and the (Possible) Crisis That Comes With It

We’ve all been there- we’ve all had our doubts; but the real question is when we should act on these doubts. The truth is that even though advice may come from everywhere and everyone around you, only you really know what’s right for you, but here are a few things to consider once the thought has crossed your mind.

The first thing that you need to realize is that you are not the only one with these thoughts. No matter how many people you see that are born physicists or that have known they wanted to be a doctor since they could walk, there’s always that neuroscience major that looks longingly at the music building or that business major that doubts they are on the right path. Having these feelings is completely normal, after all, the pressures of choosing your future careers before you’re old enough to rent a car is daunting no matter how you look at it.

Something that often keeps people in a major that they can’t stand is the thought of the monetary pay off in the long haul and how others would perceive the change. The choice here really comes down to a personal decision on how much someone values their happiness and how much control they are ready to give up when it comes to their life and the direction it is going. College is often times when most people are first becoming independent, and with that comes a lot of doubt, but it is important that you trust yourself and listen to where you feel the best direction for you is. After all, just because you become a doctor, that doesn’t mean your life will be perfect, just ask the doctors at Grey Sloan Memorial.

Once the idea has really blossomed it can be hard to get it out of your head. At that point it’s time for some serious consideration and research on what the change would mean for your life at TCU and beyond. Below are a couple of things that really helped and got me through the 6 different majors I almost switched to since starting at TCU.

1) Research, research, research. Find out all you can about the type of program that TCU has for your possible major and the courses that they require. The answer might mean that your time here might have to be extended, and that’s something else that you should take into consideration. It’s at this point that you also look into possible careers, how necessary grad school is, and yes, even salary ranges.

2) Take at least two classes in the prospective major before sending that change of major request. This one is from personal experience. During my first semester I took a class that to this day I still consider one of my favorites, I loved it so much that of course I thought about the possibility of majoring in that specific field, which lead me to signing up for another class in it. By the second day I had dropped the class and looking back now I couldn’t be happier that things worked out the way they did. Some classes are really more of a one-time wonder brought about by amazing professors, be sure to really test it out before committing.

3) Talk to your advisors. This one should really be a no-brainer. They are here to help and explain all the possible options for you. At this point, you should really make an appointment not only with your current advisor, but with the advisor from the major that you’re looking into as well. Another good thing to do is that when you’re in a class that is a part of a major that you might want to go into email or go to a professor’s office hours to talk about it, most of them love name-dropping and pushing the specific major they teach. As far as asking anyone else for opinions, it would be better to really let it become a concrete idea and for you to have a full plan before asking anyone else’s opinion, because, as stated above, only you know what’s best for you. 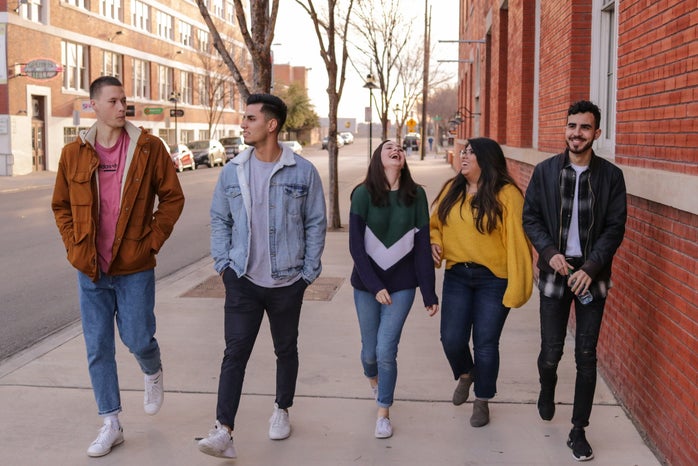