With his eccentric and cheerful aura, Benito Antonio Martinez Ocasio doesn’t look or sound like anyone else. The Puerto Rican Latin trap star, who is better known as Bad Bunny has paved his way to success in the industry with his authenticity and his BDE.

Big dick energy is a term we can thank Twitter and the short-lived romance of Ariana Grande and Pete Davidson for. The term is used to describe the certain “je ne sais quois” that someone carries that makes you just want to jump their bones. It’s not cockiness or Kanye’s big ego, it’s the complete opposite. It’s a subtle confidence that is carried by a man when he knows he has a huuuuge penis and therefore doesn’t have to try too hard to fit in. He simply just exists- with a perfect manicure and all. Below are my top five favorite Bad Bunny BDE moments. Hope you enjoy.

In his new video, Bad Bunny beautifully showcases that love and beauty comes in all shapes and sizes, not in genders or choice of wardrobe. Not only does he use an androgynous mini-me to express gender fluidity, in one clip you can see the variation in his choice of models—all beautifully unique in their own skin.

2. His manicures – because masculinity doesn’t mean you can’t be in touch with your feminine side

Since the beginning of times Bad Bunny has been breaking the “machismo” that exists in the Latino culture with his gender non-comforting outfits and his polished paws. In June 2018 while on his European tour, Bad Bunny called out a nail salon in Spain for refusing him from their services because he was a man. In his now infamous Instagram post he wrote (in Spanish), “What year are we in? In f-cking 1960?”

3. Are you a Tweeter or the President?

Who said politics can’t make a fashion statement? At a benefit concert in October 2017 to help Puerto Rico after the devasting hurricane Maria, Bad Bunny took the moment to question Trump’s official occupation. In an interview with Billboard he said he made the T-shirt that same day because he wanted to send a message to the president.

A year after hurricane Maria, Bad Bunny had more words for President Donald Trump. Before he begins to sing his hit “Estamos Bien”, the rapper shows a quick glimpse of the disaster caused in Puerto Rico and states, “after one year of the hurricane, there’s still people without electricity in their homes. More than 3,000 people died and Trump is still in denial but you know what... (singing) estamos bien, con o sin billetes de cien,” which translates to “we’re good, with or without 100 dollar bills.”

Last but not least, Bad Bunny speaks out against domestic violence in his single “Solo de Mi.”  At the time he was promoting his single, U.S congress had recently voted to ban cockfighting in Puerto Rico and so his caption reads (loosely translated from Spanish),

“I'm not sure if cockfighting is abuse, but gender violence against women and the absurd number of women who are murdered a month is. When are we going to prioritize what really matters? We always want to blame everyone but the one at fault. It’s time to take action now."

“I am not yours. I am no ones. I am only my own. Don’t call me baby because you already know- I am not here for you, not even a little.”

Bad Bunny uses his platform for more than just musical freedom and experimentation. His art gives voices to minorities who are otherwise hushed, especially in the Hispanic community.

President/Editor-in-Chief here at the Her Campus Stony Brook Chapter! I joined Her Campus in Spring 2018 as a Junior Writer and I am currently majoring in Journalism with a minor in Political Science. My personality is somewhere between Rachel Green and Phoebe Buffay. I call that balance. In my free time you can find me doing... I'm a college student, if I appear to have any free time I'm probably procrastinating.
Similar Reads👯‍♀️ 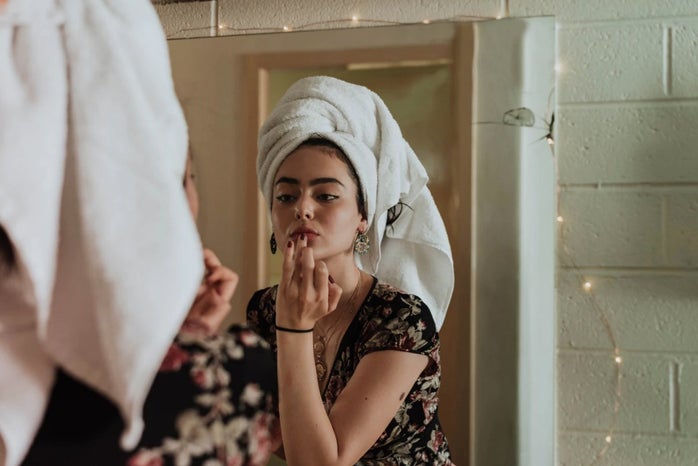