The Vampire Diaries was a guilty indulgent for most teenagers who could not help fawn over the impeccable looks of the cast (shoutout to Ian Somerhalder, who is my ultimate celeb crush). However, one prominent aspect of the show is Elena Gilbert’s style throughout “The Vampire Diaries”, as we watch her character go through various life-changing moments and her growing into an adult. 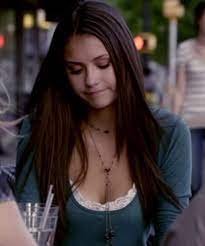 Season one starts off with fetus Elena. She copes with her parents’ tragic death and her brother just as she is introduced to a different side of Mystic Falls. Elena’s wardrobe primarily consists of flared low-rise jeans, cooler-toned tops, a necklace, paired occasionally with a brownish leather jacket, and finished off with long sleek straight hair in a side part. 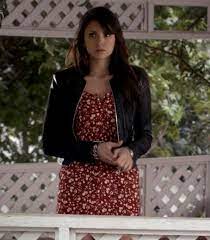 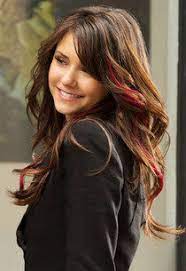 In season four, Elena’s style takes a drastic turn. With her humanity switched off, Elena is definitely more impulsive and carefree, and we can see this change in her hair because of her rash decision to dye it red, but we’re not hating! Her long wavy tresses with streaks of red really showcase her new persona, and this time her closet is not limited to the usual monochromatic tops. In this season, Elena is seen in floral dresses, skinny jeans, and high-heeled boots. 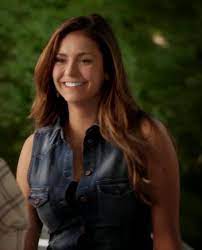 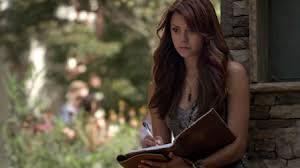 New mans (#Delena shipper), new home away from home, and college. At the start of season five, we can see Elena really grow into herself, she is working towards her dream of pursuing medicine, her relationship with Damon really seems to make her more alive, and plus there’s college! Elena’s look consists of a side sweep with dying down red streaks, a lot of sleeveless tops, skinny jeans, shorts, and bracelets to accessorize. 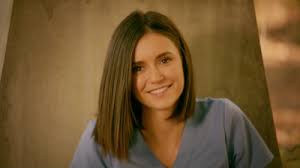 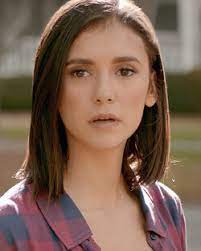 And we have reached the end of an era! In the last episode, we see Elena reunited with Damon, happily residing in Mystic Falls while running her own clinic. The episode ends off by showcasing Elena in her iconic scrubs, her outfit in the last scene (red tank top paired with plaid t-shirt) presents viewers with a much brighter color palette, and who can forget her cute smile and the short hair she rocks with a middle part!

Let us know your favorite Elena Gilbert moments from TVD and tag us @HerCampusSJSU!

Hi! My name is Sraavya and I am a second year, majoring in Business Management and minoring in radio, television, and film. I am an interviewer and writer for Solucky (an e-commerce website and magazine that is bay area based, focused on fashion, lifestyle, and helping small creators). In my free time, I love thrifting, going on a Starbucks run, and I am an avid Netflix binger.
Similar Reads👯‍♀️

Life
A Goodbye Message From a Graduating Senior
Read more →