For many of us, the years leading up to Election Day in 2020 might as well have been centuries. For BIPOC Americans, Muslims, Jewish people, members of the LGBTQ community and immigrants, living under the Trump Administration has revealed the open hostility and intolerance that was lying in the darkest parts of far too many American’s hearts.

Throughout his term, Donald Trump has done little besides stoke the fires of white supremacy, display a flagrant disregard for our democracy and breed 10 million cases of COVID-19 through his inaction and affinity for deliberately spreading misinformation. After a long and contentious primary between the best and brightest of the Democratic Party (and… Mayor Mike Bloomberg), the DNC chose former Vice President and current President-Elect Joe Biden to attempt to steer our proverbial Titanic away from the iceberg.

Despite a — if you’re feeling generous — mixed record on many issues that were at the top of voter’s minds in 2020, such as criminal justice, racial equality and abortion, the party selected Biden in order to appeal to moderate voters or the minimal number of undecided Republican voters. He promised to, as his campaign slogan reads, fight the “battle for the soul of our nation.”

Throughout his campaign, he made the case against a second term for the incumbent President, rejecting his opponent’s love of divisive and dirty politics in favor of a return to bipartisanship and a presidency that represented all Americans.

For white, heterosexual, cisgender Americans, it is all too easy to believe that the problems we are facing now were born within 280 characters on Donald Trump’s Twitter and in Mitch McConnell’s Senate. For those who have always been privileged enough to benefit from the systems that were built off of and continue to be perpetuated by centuries of oppression and subjugation of fellow Americans.

While President-Elect Joe Biden’s victory may have avoided the immediate collapse of our democracy, we have not yet won the battle for the soul of our nation.

This is not the time to hold hands while singing Kumbaya at Biden’s inauguration before patting ourselves on the back for a job well done. Instead, we must unpack the harm we’ve all caused and dismantle the systems that have allowed hatred and intolerance to run rampant. We must interpret the 2020 election not as a victory, but rather as an extra inning to redeem ourselves and build something stronger and more equitable.

79 million Americans were able to excuse and endorse racism, xenophobia, homophobia, sexism and fascism. They are our neighbors, some of our family members, our classmates, the people checking us out at the grocery store or making our coffee, the people deliberating over our admission into college or our job offers. It would not do us any favors to forgive and forget.

If the lesson that we learn from this experience is that a return to business as usual is the answer, then we have already lost the battle.

Instead, I challenge you to spend the next four years fighting for something better. Now is the time to address the failures of our democracy that have allowed us to reach this moment. Now is the time to call for justice and demand the bold, progressive reforms that the Democratic Party has spent years attempting to turn their back on. Now is the time to finally hold our elected officials accountable to the will of the people.

The battle for the soul of our nation has not been fought, it has only just begun.

Chloe is majoring in Government and International Politics at George Mason University. She is currently the President and Campus Correspondent of Her Campus at George Mason University. Outside of Her Campus, she is also a founding member and the secretary of Ignite GMU, her university's chapter of Ignite, a nonprofit organization dedicated to empowering young women to declare their ambition and ignite their political power.
Similar Reads👯‍♀️ 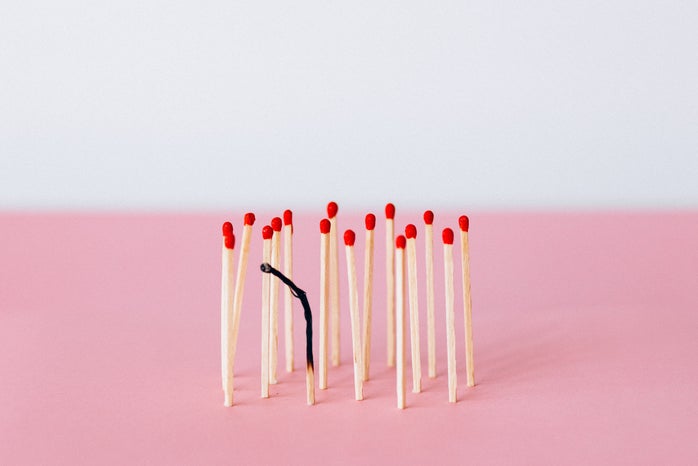 Culture
What you should know about how climate change impacts women
Read more →
Good stuff only!