We Hate the Geese

My for-credit internship senior year has major advantages: it is a 10 minute walk from campus and it’s relevant to my major. I get one-on-one attention because it is a relatively small company, and I really get along with the full-time employees, making succeeding in this internship role so much easier. Most people are fairly nervous for their first day at a new internship or job, but I was not nervous, I was excited. I went in knowing that I was fully capable of executing all the tasks they were about to ask of me. A couple hours into my first day, I was on a role and in a focused zone, I hadn’t even realized it was almost 11am, until I heard an eerily familiar sound that pulled me back into reality: sQUakkK!! SqUAkkkK! I rolled my eyes so far inside my head I may have been temporarily blinded.

Flocks of countless geese have been terrorizing the Fenway neighborhood in Boston for years. You can always tell where they are by their blistering yelps, and you can always tell where they have been by their trail of feces. The Canadian migratory geese arrived here in an attempt of conservation after they had been put on an endangered species list. The Fenway neightborhood’s main feature is the winding Muddy river, so the geese would have a good habitat and source of food. In theory, it was a perfect plan. Problem is, there are no natural predators in Boston, so gradually the population grew, and grew, and grew, until the birds actually changed their living habits. Within a decade, they became two distinct populations within a species. The geese living in Boston no longer migrate! They are here … all … the… time. Vice enlightens residents with this quote about the non-migratory geese population : “Because resident birds are well-fed, safe from predators, and less vulnerable to hunting, they’ve been hunkering down in the US to the tune of 3.34 million individuals, as of 2005.”

Food for thought: a single goose can eat up to 4 whole pounds of food per day, and from that food, they can produce up to 3 pounds of s**t per day. I would personally estimate that I see about 10 geese per day, and in that one day those specific geese will produce roughly 30 pounds of poop! Now, of course there are more geese in the city than 10, and given that there are 365 days in a year.. That’s a lot of poop! Poop that ends up in the water, makes sidewalks practically un-walkable, and makes it so people can hardly sit in public parks or bring their kids for a nice picnic. Many residents are even concerned about possible health risks related to the ever growing number of droppings.

They are slowly deafening us with their murderous-noises and poisoning us with their nonstop poo. They seem to even be protected by the government (inside job?) Once, I was walking adjacent to the muddy river and a car had hit a goose, ultimately ending its life. I walked by and silently said a prayer thanking god, but for some reason the police were present. They seemed to be writing up the righteous man driving the car. What kind of leverage do the geese have over this society? I swear it’s going to drive me crazy, and It may or may not be the reason I refuse to stay in Boston after graduation. Every time a see a goose sauntering round with their little gang I shutter in disgust, as if I were watching a murder mystery show and they just revealed a mangled body. Their menaces to society. When will Boston end this suffering?

Rosemary is currently enrolled as a senior at Emmanuel College in Boston. She is involved on campus and enjoys exploring the city in her free time. After graduation, she hopes to move up in the editing and publishing world.
Similar Reads👯‍♀️ 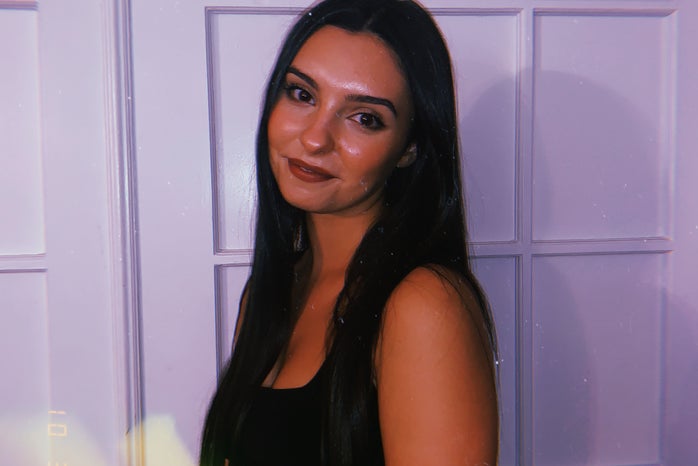 Life
What You Should Know Before Getting a Tattoo
Read more →
Good stuff only!