Aerie, American Eagle’s lingerie line, made headlines in 2014 when the company announced that they'd stop retouching their photos.  Now, they’re breaking barriers in the fashion industry again, this time by featuring models with chronic illnesses and disabilities. (And it's about time.)

Most brands seem to think that model “diversity” starts and ends with including plus-size models, but Aerie knows that everyone needs mindful representation. In the company's new inclusive campaign, there’s a model with vitiligo (just like Winnie Harlow), another with Type 1 Diabetes, a model with Fibromyalgia, and more, Allure reports. It’s also worth mentioning that Aerie released the photos quietly––unlike other major companies.

It doesn’t seem like they’re looking for a pat on the back for being inclusive, according to HelloGiggles. They haven't even posted much about it on their social media channels.

Abby Sams, one of the aerie models, shared the ad campaign saying that she “can’t believe” that it’s her in the ads––it is, and she looks amazing!  "@Aerie just sneakily released some of my photos! Look at this disability representation people!!! Also look at me because I cant believe it's actually me so yeah," the model tweets.

@Aerie just sneakily released some of my photos!
Look at this disability representation people!!! Also look at me because I cant believe it's actually me so yeah pic.twitter.com/nfhaBrKqHX

Apparently, the new models have inspired one Twitter user to shop at the undergarment merchandiser more.

I need to start shopping at @Aerie more. They demonstrated a wonderful commit to diversity in their models and I hope that this is a theme throughout the entire company. Wow. This is beautiful. #AerieReal pic.twitter.com/hUTmUYNVWY

Another user adds how empowering representation can be. "After almost 19 years with diabetes, i finally saw the first model to ever look like me. thank you @Aerie for celebrating diversity, no matter what it looks like #AerieReal," the user tweets.

after almost 19 years with diabetes, i finally saw the first model to ever look like me. thank you @Aerie for celebrating diversity, no matter what it looks like #AerieReal pic.twitter.com/FoaoNgvxbR

And Aerie is proud to show off their models' body hair. After all, we shouldn't be ashamed of our body hair, which is completely natural (and nearly everyone has), to begin with.

ive always fought people on my armpit hair & body hair in general i shouldnt have to argue about my natural & beautiful hair. @aerie gives me the chance to show other divine ladies armpit hair is as natural as ur homeboy’s armpit hair #aerieREAL also brace faces, SMILE. ur gorg pic.twitter.com/xxBpqp54LJ

Whereas, another Twitter user is stanning Aerie even harder after this new campaign. (Same, honestly.)

Hopefully, other brands will start to follow in Aerie's footsteps—showcasing now only real-sized women in their campaigns, but women who are real in every way (just by being themselves).

Follow Us
Brie Vascimini
Brie is the Sex & Relationships editor. She lives in New York City, where she studies psychology and creative writing at Columbia University. She is a feature writer and style writer for Her Campus National. She also covered Season 14 of 'The Bachelorette' and was the one behind all those snarky tweets and hilarious recaps. Follow her on Instagram and Twitter.
Similar Reads👯‍♀️ 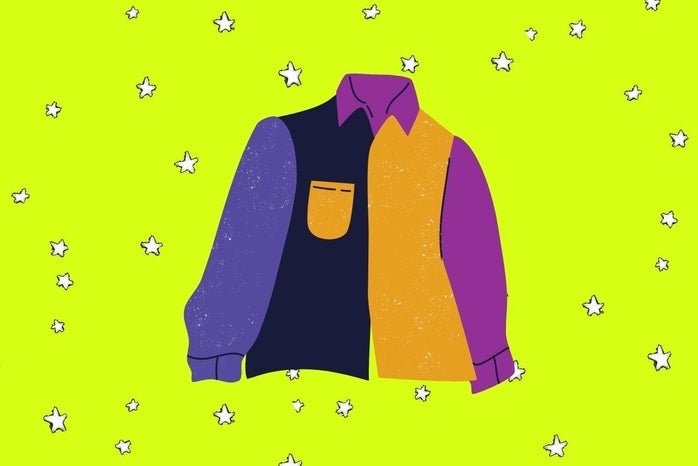 Style
7 of My Favorite Online Boutiques That Are Actually Legit & Affordable
Read more →
Good stuff only!