Mosaic of the Parisian Metro

French Beauty through the eyes of an American

Every morning at 8 :00 am I would leave my suburban flat and walk briskly through the park until I reached the bustling metro station, situated between two intersections of cobblestoned streets lined with bakeries and pharmacies. I would descend the stairs and march through the turnstile as I swiped my Navigo card like a seasoned local. The whirr of the incoming train would whistle through the tunnel and the crowd around me would quicken their pace. Just as the doors are closing we would all rush in, bondé commes des sardines, in the airless car. After five stops I would push my way onto the platform and beeline for the next station. Stilettos clicked on the concrete, shiny loafers scuffing the floor, everyone gliding effortlessly across this underground network as I scurried along, trying to blend in, even though I was an expat American among the svelte and beautiful French.

I repeated this routine each day for a month and despite the unglamorous heat that caused bullets of sweat to run down my face, riding the metro was one of my favorite parts of Paris. Each ride I would search for new faces, new interesting characters that comprised the mosaic of the metro. As an indefatigable lover of fashion I was enthralled by the way French men and women dressed and presented themselves. We all create that idealized stereotype of the “Parisian Woman” in our heads but I didn’t realize how accurate this was until after spending two hours a day stuffed in a tiny compartment with them.

It is hard to pinpoint what it is about French style that makes it so enigmatic and sought-after. There was a disparity between the different types of style I consistently saw; some were effortlessly beautiful and some were sharp and chic. Very few men or women I saw were overweight yet there were very few who flaunted their figure provocatively or assertively. Instead women wore shapes that complimented their body in a timeless way. Hemlines were longer than what I was used to but instead of this having a grandmother-like effect on the wearer, it made her look more Audrey Hepburn-esque. Outfits were comprised of simple pieces—a white t-shirt, a black blazer, skinny jeans—that created a smart look. Layering pieces was a common theme and despite the suffocating heat many women wore fitted blazers or structured jackets. There was something left to be desired by the French women.

The Parisiennes’ faces were usually wiped clean of makeup yet everyone’s skin appeared flawless and glowing. When I did see the occasional woman wearing makeup it was often one striking feature—a bold lip, a flicked cat eye—worn with elegance and confidence. Most of them sported some variance of chic, tortoise-shelled glasses that seemed to add to their inscrutable beauty instead of detract from it.  Hair was worn in a variety of styles—knotted into a ballerina bun or left hanging natural on the shoulders. Not one woman had hair past mid-length and I think an effect of this was that all of their hair appeared thick and healthy.

Each station we passed blurred in the windows and with every new influx of people I would search for the sharp magazine editor, the lovely bookshop owner, the café waiter. The fashion mosaic of the metro never ceased to gain and lose beautifully intricate pieces, each one helping to define the elusive concept of French beauty. 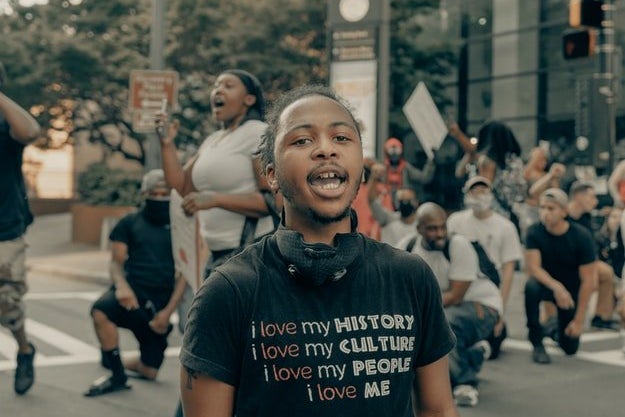