Behind the Mask: My Fight Against PMDD 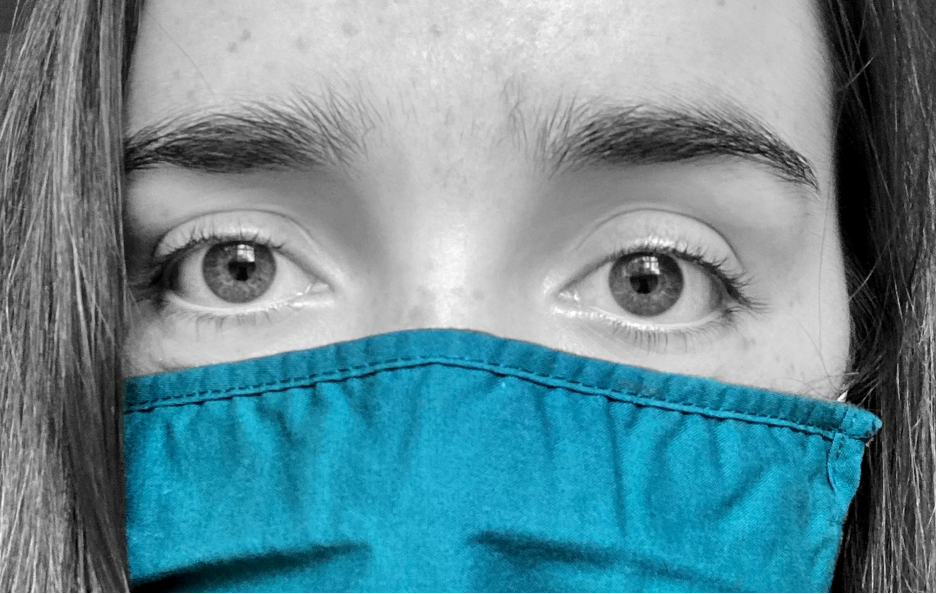 Being a high schooler was far from being the highlight of my youth. While I smiled through classes and juggling homework, theatre, and home responsibilities, inside my mind was a different story. I have always seen myself as a generally happy person, but something felt off.

It was worse my first semester of college. It was like someone was flipping a switch in my head: One day, I would be completely fine, and the next day, I couldn’t bring myself to get out of bed. I would cry for no apparent reason, and anger outbursts wreaked havoc on my life. There were times that I couldn’t do my work because I felt so restless and haywire. The worst part of all was fighting the mental breakdowns and depression that caused me to try and hold my breath just so that I could pass out and temporarily end the pain.

My relationships suffered as much as my personal life did. One moment, I couldn’t stand to be by myself, and the next moment, the thought of someone in the same building as me was too much. I was convinced that no one loved me and I was an annoyance to everyone. May times, I convinced myself to walk across campus toward the bus station or try and order train tickets online so that I could run away from school. The symptoms started and ended like clockwork in the two weeks leading up to my period.

I convinced myself that it would be better if I didn’t say anything. I didn’t know what was wrong, and the symptoms were terrifying. I was so afraid that I would be put on medication that would hurt me more than it would help. For a while, it was like hiding behind a mask: I did my best to be cheerful and smile through my symptoms, but on the inside, I felt like dying.

After a hard time with dizziness and fatigue on top of my other symptoms, I decided to visit the Student Health Center. I consulted with a Nurse Practitioner who took my inquiries to heart and began searching. It wasn’t long before she had come up with an answer.

“I think you may have Premenstrual Dysphoric Disorder.”

I was confused. Never in my life had I heard of anything like this. I did an internet search and pulled up a few articles stating that it was simply a worse form of PMS. The information that I found, however, only explained half of what I was going through.

I began taking a Serotonin Reuptake Inhibitor, but there was very little change. If anything, it got worse. My mental breakdowns became even more persistent, and I found myself struggling to fight the symptoms. My grades plummeted, and my lack of focus was worse than ever before. By the end of my second semester, I was determined to find an answer to my issues.

I began doing more internet searches with different keywords, and made some incredible discoveries.

The International Society for Premenstrual Disorders (IAPMD) states that five to ten percent of women and AFAB (Assigned Female At Birth) individuals of reproductive age suffer from PMDD. These numbers do not include those who do not know about their condition or who have been misdiagnosed, or those who are using some kind of treatment to repress their monthly cycles. To put it into perspective, it is known to affect over five million individuals. Of these individuals, 30 percent attempt suicide. That’s over 1.5 million women and AFAB individuals who attempt suicide due to the severity of their symptoms.

Symptoms range from moderate to severe, and affect every individual differently. It wasn’t until I stumbled upon an article from the Harvard Health Blog that I realized I had completely misunderstood my diagnosis – and my Nurse Practitioner had been absolutely right. Suddenly, all my symptoms made sense. The symptoms that I thought were the most outrageous were clear signs of PMDD – and I wasn’t the only one who was having them.

Individuals with PMDD have a special gene complex that alters the way their bodies react to hormones and stressors. As hormones fluctuate, it can affect thoughts and behavior, such as feeling the need to break off relationships or run away from home or work. It also explains anger outbursts, tearfulness, lack of focus, mood swings, and a plethora of other PMDD symptoms.

It wasn’t long ago that PMDD was not a widely known condition, and some health professionals didn’t believe it even existed.

The only cure for PMDD? A hysterectomy.

Though it isn’t curable without life-altering surgery, I was able to find other options. I changed my medication. I stay away from stimulants like caffeine. I created an action plan using resources from IAPMD to help map out my symptoms and what triggers them. I have found a community of people who are struggling with the same issues as I am, and hearing their stories gives me strength. I am always looking for new resources to help me manage.

There is a reason individuals with PMDD are called “PMDD Warriors.” It is a fight to deal with the symptoms that dominate the everyday lives of these individuals, and it takes strength to fight the cycle that will last for many years to come. By raising awareness and improving communication, PMDD can be much more than a diagnosis – it can be an opportunity for self-growth and a chance to join a community of incredibly strong individuals.

Think you may have PMDD? These resources are particularly helpful.

MGH Center for Women’s Mental Health has a great article that gives the basics of PMDD and how it compares to PMS. It outlines symptoms, navigating diagnosis, and potential treatment options.

Harvard Health Blog has a great article on the science behind PMDD and how it affects behavior.

Me v PMDD is a free app that allows PMDD Warriors to track symptoms and cycles and provides self-love activities that are designed to combat the symptoms of PMDD.

I am a member of the Class of '24 at the College of William and Mary. My passions include Writing, sewing, and genealogy. I live in the Shenandoah Valley with my parents, brother, cat, and four chickens.
Similar Reads👯‍♀️

Mental Health
The art of saying no
Read more →

Academics
What I am doing differently this school year
Read more →

Entertainment
Everybody Loves Timmy: The Reason for the Hype
Read more →
Good stuff only!