Why Are We Obsessed with POVs?

You’ve likely seen dozens of them on TikTok. It’s hard to have missed the relentless stream of first-person narrative clips attempting to transport you to another reality, videos known as POVs. POV stands for “point of view” and is a common type of video that the viewer watches from their own perspective as if they are a part of the scene that is being acted out.

POVs are one of the many styles of acting videos on the internet, and they’ve blown up in the last couple of years with the growth of TikTok. Their rise in popularity is certainly partly due to an immense amount of “boyfriend POVs” plaguing the app. Essentially, these types of videos consist of semi-attractive straight guys speaking to or looking at the camera as if you, the viewer, are the romantic interest. Evidently, the internet is very thirsty, as these are the main
POVs you can find online. However, many creative individuals on social media have also taken advantage of this adaptable method of storytelling for various genres such as comedy, horror and historical fiction.

The spread of this viral phenomenon begs the question, why are POVs so popular? In the current state of our world, a.k.a. a global pandemic, it seems individuals have taken to an online community to find not only entertainment but a connection as well. In this context, POVs offer a real sense of human bonding over a shared experience that defies the barrier of a screen.

It’s been difficult for everyone to feel truly alive over the past year and a half, to meet new people and soak in the diversity of human experience. Nobody’s been exempted from this. People have been craving novelty outside of their homes and their phones since the beginning of the pandemic. However, it seems individuals across the world have found a form of escapism and refuge in POVs. They emphasize relatability and universal sentiments over all else, regardless of specific content. Their purpose is to elicit an emotional reaction in the viewer, whether it be a thrill, curiosity, tears or a simple laugh. Relatable POVs about high school, for instance, are shared among students because they’re hilariously true and people seek to bond with each other over that honest, random experience. It’s in this way that creators can also engage with their followers, who can feel a wholesome personal connection.

On the other hand, there’s the danger of viewers replacing opportunities in their own lives with a false reality. As content creators continue to pump out POV TikToks, it’s easy for users to get lost within the safe confines of fictional universes. Virtual realities bring brief happiness, which can be a good thing, but only in short doses. Maintaining a balance between seeking pleasure in immersive videos and finding true joy in real life is a challenge, especially in a pandemic. However, it’s a challenge but one that’s necessary to get the best of both worlds. It’s up to you, the viewer, to personally decide how much escapism is healthy.

This isn’t meant to be a critique of POVs, not at all. It’s important to highlight both the benefits and the downsides of videos transporting you to a new, or familiar experience. Ultimately, they’re simply stories that get to the heart of inherent human aspirations. When you think about it, people very often seek out stories as a form of reverie, like a mirage of desires or simply as a source of solace. It explains a plethora of human interests in the entertainment sector, like our love of movies, books, songs, fanfiction, virtual reality and video games. These forms of storytelling offer comfort, and above all, hope through personal connection. Now, as we’ve reached a new level of global virtual connectivity, we can add POV TikToks to that list.

Hi! My name's Natasha and I'm a writer for Her Campus Laurier. Writing had been a home for me since I was in elementary school, typing up fantasy and fairytale novels. I like to write about a broad variety of topics, such as self-improvement, social issues, literature and pop culture. When I'm not writing or studying, you can find me dancing to music in my room, sipping coffee in a cafe, or reading a book.
Similar Reads👯‍♀️ 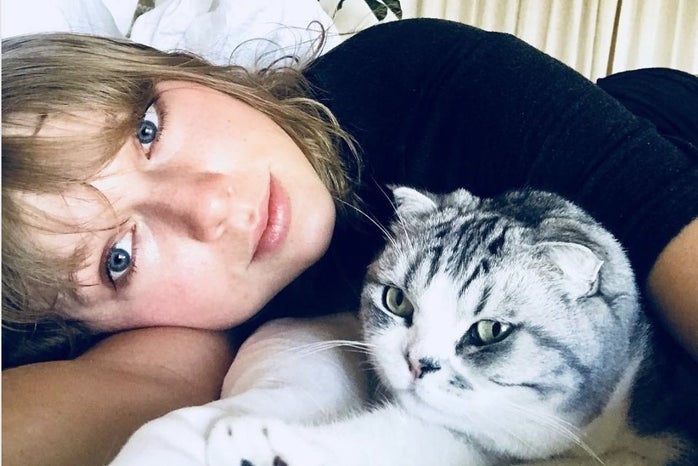