I went to The Queen’s Ball: A Flawless Bridgerton Experience in Toronto 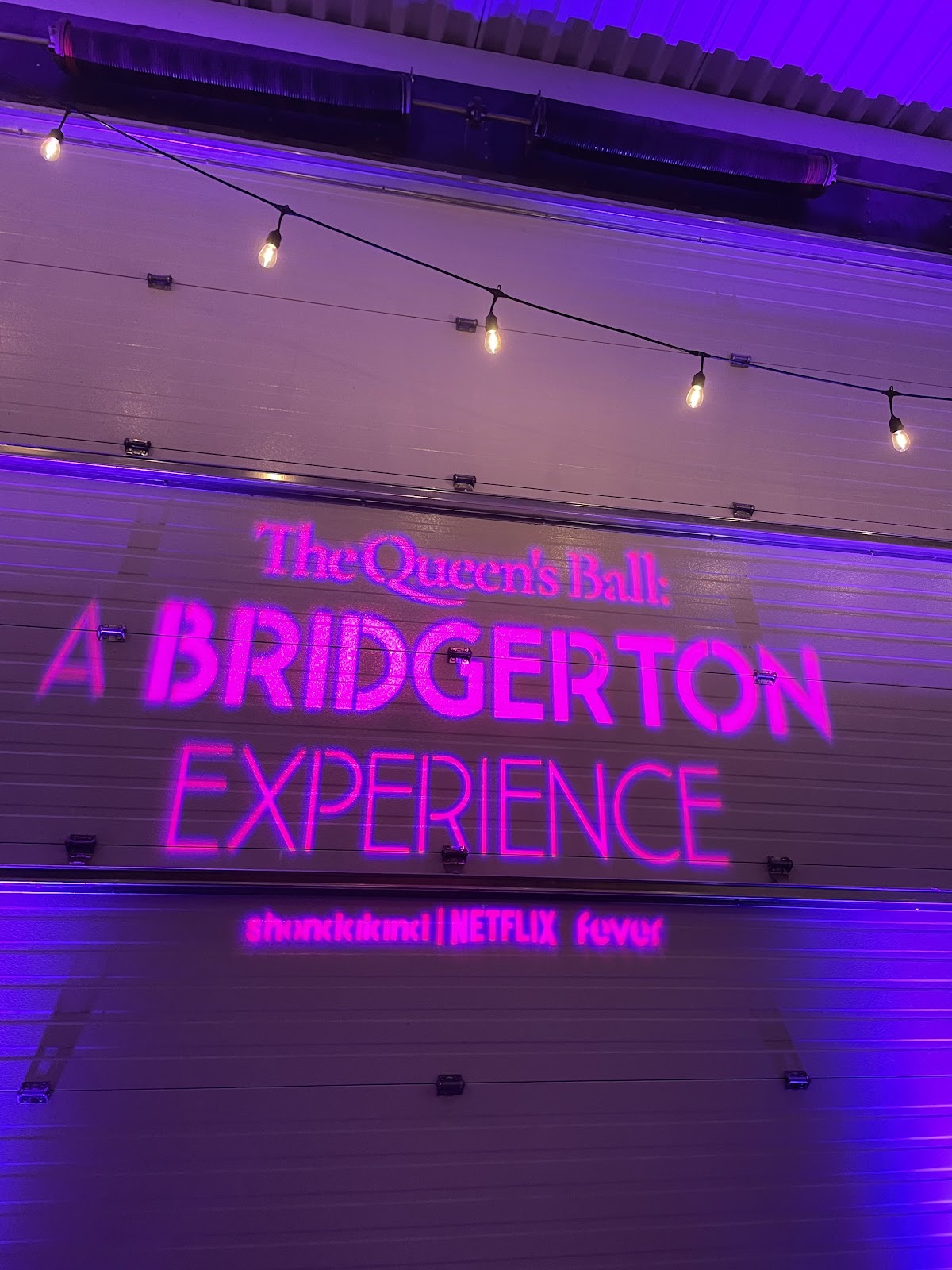 Bridgerton first caught my eye in the middle of lockdown at the end of 2020, during winter break. Christmas had just ended and thus began the week between Christmas and New Year’s: the one week of the year that feels unreal. With its use of classical versions of modern songs, witty dialogue, beautiful cinematography, and of course, the fair share of spicy scenes, it was the perfect show to occupy my time in that week. My interest in the show was only piqued after the release of the second season, in which they perfected the recipe for a slow-burn romance that had me endlessly pining for more, much like the male lead himself.

So, when my friend invited me to join her for the Queen’s Ball event, I gladly accepted. I wasn’t quite sure what to expect when I walked through the doors and under the flower tunnel, but I’m grateful I attended.

Both of us donned our best formal gear complete with lace and silk gloves for the occasion. Immediately upon entering, we were greeted by stunning live music and a crowd. As I attempted to take in that alongside the breathtaking decorations throughout the venue, “Queen Charlotte” arrived. People lined up to present themselves to the Queen and we were also given a lesson on how to bow and curtsy to her. 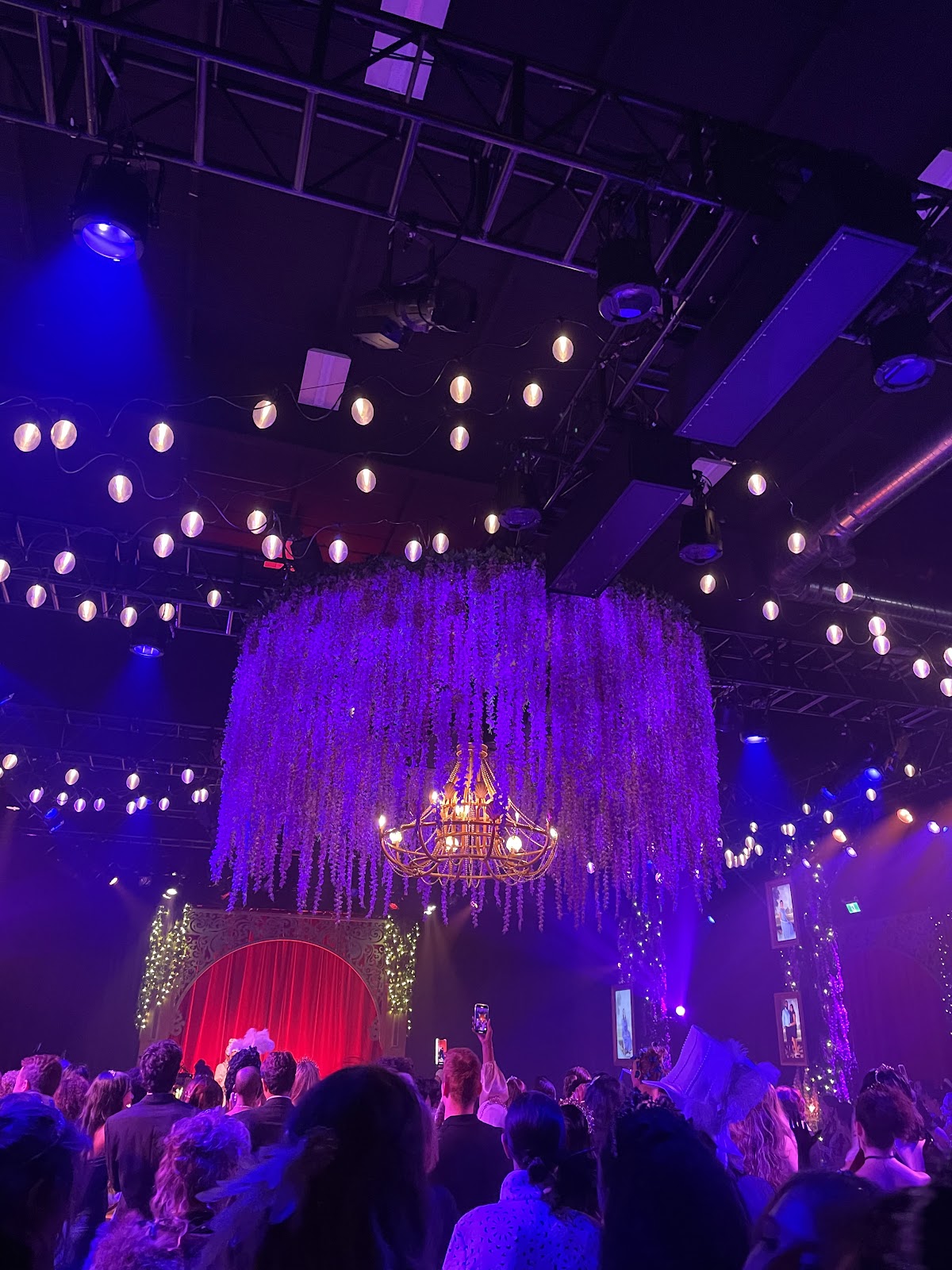 Although we missed our chance to present ourselves because we were toward the back of the line, it worked out perfectly as we got a front row viewing to the live performances that followed. These performances were, without a doubt, the highlight of the entire event. Through dance, the performers told the story of love, tension, and intimacy. The beauty of live theatre is that you don’t just get to watch what’s happening, but you get to feel every emotion, every stolen glance, and every subtle touch. The live musicians were also just as magical. After the performance ended, everyone was invited onto the dance floor, where we learned simple choreography and the Queen selected the “Diamond of the Night.” That was when the music switched over to modern music, and people had a chance to let loose and dance. It was around this time when people also started to line up for the numerous photo setups. One of the photo opportunities included sitting for a “sketch artist,” where you got to save the photo they took at the end. There was also a wooden swing, a plush velvet couch, eye-catching lights, and more. Between all of this, drinks were served and there was a merchandise stand.

As nighttime rolled around and the city skyline sparkled against the inky black sky, the event also came to an end. This event managed to come at the perfect time, since an escape to a Regency-era wonderland in the middle of a big, bustling city was just what I needed this reading week, between deadlines and midterms. The energy within the room was simply unmatched, and you best believe I will be rewatching both seasons of Bridgerton in the upcoming days. If you do get the chance to attend this event or something similar, I say to give it a go and try it out!

Jasmine is a fourth-year student psychology student at the University of Waterloo. She loves all things music, and is unashamedly addicted to TikTok and Pinterest.
Good stuff only!