How My Sister Went From My Idol, To My Frenemy, To My Best Friend

My sister and I aren’t perfect. We will always have little arguments, and we will always get annoyed when we steal each other’s clothes, no matter how much we say we don’t mind sharing. But I will never stop being grateful to have my sister by my side.

Let me first tell you a few things about Julia. She’s three years older than me, about to graduate from undergrad, and she’s on her way to becoming a doctor (I’ll never stop bragging about this). My sister is the most loyal and honest person you’ll ever meet (she is actually incapable of lying), and she’s also hilarious (assuming you have a wacky sense of humour like we do). I’m totally biased, but I think she’s pretty remarkable.

When we were little, Julia was more of an idol to me than anything else. I grew up absolutely adoring her; I’d follow her around like a puppy dog, copying her every move. We spent every waking moment of our childhood playing, dancing, and singing together (we have countless home movies and music videos to prove it). I would have never had such a fun-filled childhood without her; that’s for sure.

As we grew up, our silliness faded and we became more invested in work; I’d often edit her English essays while she helped me with science homework. I’ve always been grateful that we ended up being interested in different things, because it makes it much easier for us to celebrate one another’s successes without feeling a pang of jealousy. Julia is the one thing that gets me through friendship letdowns and boy troubles, and she will always be there when I need her. It was only when I started experiencing teenager drama that I truly realized the value of having such a supportive person by my side.

However, our relationship wasn’t always smooth between us growing up. When I entered middle school, our age gap of three years seemed as if it was growing; I was still immature and childish, while she moved onto the confusing world of high school. Of course, we were still close, but we could no longer connect like we used to. We’d sworn off talking about boys or partying, because I was still young enough to believe that boys had cooties and drinking was reserved for unintelligent people. On top of that, we started fighting a lot more. We had scars on our arms from the times we physically fought, and would spend weeks at a time giving each other the stink-eye.

As time progressed, we got closer and became more open with one another, but we didn’t stop having massive fights until last year. It was so bizarre; I think it was the product of her lack of happiness for a period of time and my residual annoying behaviour. Whatever the reason, for a whole summer, every small argument fell victim to the snowball effect and became a massive fight that didn’t need to happen at all.

But the darker period of our relationship didn’t last forever. Thankfully, ever since quarantine started in March of 2020, Julia and I have become closer than ever before. I was initially worried that all of that time spent together would mean us fighting, but I should have known that we’d just get closer because we’re both better people than we were a few years ago. I feel so grateful to have had her close by during my first year at university, because no matter how alone, scared, or anxious I felt, I knew I always had her there. We have both realized this year, more than ever, that we need each other. I can’t tell you how many times a week we call each other when we have an issue nobody else understands. There’s nobody who will get me more than Julia does, and there is no one else I’d rather consult for advice because I know she’ll support me.

Incidentally, she moves away next year, which makes me sad. But I’m so excited to see her conquer her dreams and continue growing. I’ll never be able to repay the gifts she gave me as my older sister; notably, all that time she spent playing with me as a kid when she could’ve been off with her friends, and how she paved the way for me so I didn’t have to make the same mistakes she did. Those things often go unnoticed, so this is me recognizing it. I have learned that it’s my duty to support her through the drastic changes that come her way, as she does for me. After all, that’s what sisters are for!

Hey! I'm a third-year Global Business & Digital Arts student at the University of Waterloo, a National Writer for Her Campus, and the Senior Editor for HC Waterloo. When I'm not writing, you'll probably find me reading the newest Taylor Jenkins Reid book, watching The Office, or eating pizza.
Similar Reads👯‍♀️ 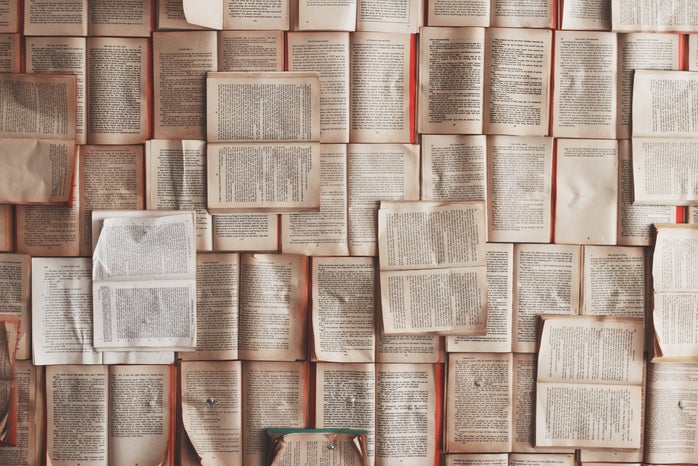