The Untold Reality of Being an Animal Foster

For as long as I can remember, every animal I’ve ever owned was adopted. A basset hound and black cat from Alabama, a pug from Alaska, a dachshund from South Korea, two kittens from Virginia. My parents instilled in me that animals in a shelter needed help, someone to show them the better side of life. Over the past five months, I’ve been able to see the realities of fostering (and adopting) animals.

Back in March, my family and I took in our first pair of fosters. An 8-year-old chihuahua named Tiny and her son, a chihuahua terrier mix, named George. From the very beginning, they were a handful. George hid in his hiding spot for the first week in our home, and Tiny was immensely tentative when it came to trusting us. George had scars on his neck from the abuse he endured and a funny little walk that pained us to see; Tiny cowered every time we went to touch her. Their whole lives up until this point were scrounging around for food on the streets and an owner who couldn’t take care of them.

It was a month before they became comfortable with being around us, and another month to gain full trust. The time put into the little lovebugs was immense and not always easy. For me, I was always terrified of scaring Tiny and George. With trust on both sides, we came out of our shells. Tiny and George began to accept cuddles and treats from my family and I, while also becoming friends with our dachshund, Oscar Meyer. As for my family and I, we learned that we couldn’t bombard them with attention and that they needed to become comfortable on their own.

Although we promised ourselves that we wouldn’t keep our first fosters, Tiny and George quickly became foster fails. They captivated our hearts and they are now happily living their best lives with my family in Blacksburg.

After the first two months, we found a 1-year-old emergency foster. She was found on the side of the road and taken to a kill shelter, with 24 hours to be taken or she’d be put down. My mom knew we needed to take her in, that this nameless puppy needed a chance. Within the day, the pup was in our house and named Daisy Mae. We learned that Daisy already had a litter of puppies before she was even a year old, but no one could locate the puppies. Between her original family not responding to phone calls and learning of her unlocated litter, we knew she needed someone who would give her all the love and attention in the world. Thankfully, she stayed with us for a month before finding her forever home in northern Virginia. The new family renamed her Coco and have since given her all the love in the world.

Our final and most saddening foster was a blind and deaf miniature poodle named Crackers. Mr. Crackers was a fella of unknown age but clear negligence. From his matted fur to his goopy eyes, Crackers needed tons of TLC. When we brought him to Blacksburg from Charlottesville, this little guy was extremely wary and wasn’t fond of the other dogs; his least favorite was Daisy. Despite his special needs and extra care, Crackers found a soft spot in our hearts. Unfortunately, his bad attitude had to be moved.

We kept him for about a month and a half before he went to a new foster home. The new foster mom was a lovely woman who wanted to show Crackers all the love, but he began to lash out at her other dogs and at his foster parents. Due to his behavior, Crackers was put to rest within that week of being at his new foster home. The news devastated us, and it’s still hard to think about.

Unfortunately, Crackers is a story that many think of when they hear about foster dogs. They are the sickest, the most needing, and the ones who end up being put down. However, Crackers still deserved the world for his remaining time — as does every other shelter animal.

I found myself in highs and lows with these dogs. From the leaps of trust to the falls of health scares, fostering animals opened my eyes to the realities that shelters face. The scarcity of space, the lack of fosters and adopters, the harsh environments these animals face. I always thought that this type of animal cruelty was in animal mills, but it can happen right in front of our eyes.

Now I’m not telling you to run out and adopt an animal, but I’m also not telling you to ignore the ones in the shelters. Shelters, like the Montgomery County Animal Shelter in Christiansburg, are always in need of help. Volunteer to walk the shelter animals, ask to foster the ones who need to learn to adapt to home life, encourage your friends and family to choose adoption over breeders, donate a bag of animal food. From rats and bunnies to dogs and cats, you’re bound to find your next furry companion at the shelter. So, give it a shot.

I'm studying multimedia journalism with minors in Spanish and creative writing at Virginia Tech. I've lived across the world, from the United States to Spain to South Korea. If I'm not writing, you'll either find me browsing around the library for the newest book or at spin class.
Similar Reads👯‍♀️

Life
As I Start My Last Semester
Read more → 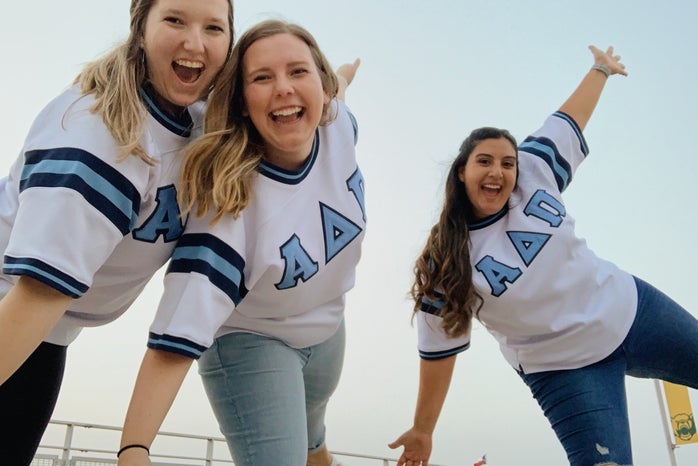 Experiences
An Open Letter for all the New Sorority Girls, From an Irrelevant Alum
Read more →

Experiences
Things I Learned After My First Semester
Read more →
Good stuff only!