“You know, I was Josh Safdie’s muse for ‘Uncut Gems.'”

Julia Fox shared this iconic line in her valley accent, which was only the beginning of her rapid leap to online fame. After her breakup with Kanye, Fox headed toward her account on TikTok and started sharing her opinions on the world with anyone willing to watch. This new perspective on her personality was completely unexpected. Out of nowhere, Fox was able to share another side of her that has never been seen by the public. While she originally was seen as just another street-style it-girl enjoying her fifteen minutes of fame, Fox showed the public the true dimension that she has as a person.

One of her more eyebrow-raising opinions on parenting is that as a parent, “nobody sets out in life and says I’m gonna be a shitty parent.” As someone that didn’t grow up with the best parents, she now understands the daily frustrations that come with raising a child. Fox brings this topic back to feminism and postpartum depression. She shares from her bathtub that since we live in a patriarchal society, girls are always encouraged to look forward to fulfilling their main purpose in life, which is having a kid. “Since little girls, we are told that having a baby is the end goal, it’s the best thing we’re ever gonna do. Our lives will be meaningless if we don’t have babies and it’s gonna fix all our problems.” It’s such a reality check for the women that were pressured into having kids that they never truly wanted when they end up facing the harsh realities of being a parent. But, it’s controversial for these women to share their frustrations and disappointments in their duty of being a parent to the child they had.

Fox is also an outspoken feminist. She shares that now in her older age, she no longer needs men to like her. She said it’s a “luxury that I earned by making men like me and find me desirable or interesting or attractive for so many years.” At a certain point, she realized that making herself presentable to a certain audience wasn’t worth hiding her true self. While it did get her name out there, it wasn’t worth putting on a show of herself.

She shares from the comfort of her bed what the word “matrix” means in terms of progressive feminism. “Weird misogynist conspiracy theorists keep referring to this term, and being like: ‘we need to break the matrix, we need to escape the matrix’… nothing about our society is a matrix, we’re in a patriarchy.” The origins of the word matrix come from the Latin word “mater”, which means “mother.” When applied to the logic of misogynistic conspiracy theorist, of course, the word originally meaning “mother” would motivate them to want to break out of the “matriarchy”.

Ever since Fox has come out on TikTok with her viral hot takes, her comments have been flooded with people letting her know that she was better than what they expected. “I’m the girl that people go up to and be like ‘oh my God, you’re nothing at all like what people say!'”. It is a well-intentioned backhanded compliment. Immediately, she was judged based on her appearance and stereotypes before she had a chance to prove herself.

Salma is a freshman at VCU. She is currently undecided, but considering majoring in journalism. She loves iced coffee and a comforting gilmore girls marathon.
Similar Reads👯‍♀️ 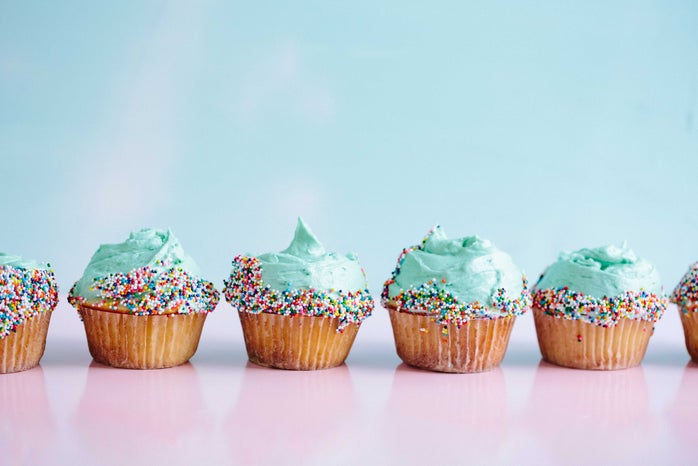