Insane and/or Terrible Movies You Need to See Immediately

In my opinion, watching bad or bizarre movies is one of the most fun things you can do with another person. A lot of the big ones, like The Room and Troll 2 are the reasaon many people started to show an interest in ironically watching weird movies that otherwise have no reason to exist. I think sometimes it can be hard to find a “bad” movie that is super fun to watch and actually gives you an entertaining plot, because the worst thing a movie can do is bore you. Here are 7 movies I think don’t always get enough love, and need to be seen by everyone. If for some reason you want to watch one movie everyday for a week, be my guest.

*All quotes below are from the podcast How Did This Get Made?”*

“The whole movie by the end felt like in The Shining when he sort of fantasizes the whole room coming alive. Like, that to me was the entire film.” – Michaela Watkins

The plot of this movie is still unclear to me. All you need to know is it has roller skates, art deco buildings, lip gloss, Greek mythology and Gene Kelly. For more context, the film is pretty much responsible for the creation of the Razzies, and during production, the original $4 million budget was tripled to $13 million. Not sure where all that money went, but the result is a great time nonetheless.

Spoiler alert, this is not the last horror movie on the list and it’s most certainly not the last 80s movie. At first glance Sleepaway Camp seems like a ripoff of the Friday the 13th series, but it’s so much more than that. Everyone needs to watch it for the crazy aunt character and the twist ending that’s very creepy in my opinion, even though it’s got some bad special effects to say the least. Oh and don’t forget the curling iron.

“I’m surprised to hear it was released in 2007. I found the clothes to be so gross.” – June Diane Raphael

Like many 2000s kids, Bratz is part of my DNA. To this day, I will defend this movie because it’s full of nonsense and I love it. Remember when Meredith had a second Sweet 16 party? Remember when the whole school joined to sing “Bratitude” and it brought Sasha’s divorced parents back together? Jade had a secret closet in her room that is architecturally impossible to keep hidden. The school talent show awards a trophy to one winner and full college scholarship to another. This is just what high school is like for everyone.

The little brother in this movie is one of the most complex characters ever written. “Top That” is better than anything Lin Manuel Miranda or Stephen Sondheim have ever composed. In all seriousness though, every Disney Channel Original Movie that came after this owes everything to Teen Witch.

“I would argue it doesn’t need to be called Miami Connection, because it takes place in Orlando.” – Paul Scheer

It’s refreshing to see another side of ninjas, specifically ones that are in a new wave band, attend college and are orphans for some reason. It’s up to them to defeat a motorcycle gang very violently while simultaneously saying they want to promote peace and goodwill. Fun fact: this movie was rediscovered in 2009 by a programmer at an Alamo Drafthouse in Austin who purchased the film on eBay and screened it. Now, it’s become a cult classic and has only grown in popularity since, because obviously.

“The incestous mother and son who are the lifeblood of this movie is berserk.” – Jason Mantzoukas

Sleepwalkers is actually the first Stephen King story written to be a movie and it’s pretty… ambitious. The main characters are demonic catlike creatures who move into a new town to prey on virgins and steal their life force. For reasons unbeknownst to me, they can shapeshift, become invisible and their only weakness is cat scratches. This is a genuinely enjoyable movie, mostly thanks to the cop Andy, his partner Clovis the attack cat and the beautiful Mädchen Amick aggressively biting her lip for an hour straight.

This is my favorite one on this list, because it has all of the elements needed for a weird experience only the 80s could supply. It’s also very Canadian. The plot revolves around a nice girl named Vicki who gets possessed by former prom queen Mary Lou who was set on fire before she could get her crown. There’s a fun character named Josh who makes a potato radio and I find him very attractive, so yeah. But the best character in the entire movie is a giant rocking horse with a long tongue.

Hi! My name is Celie and I’m currently a sophomore at UNT. I’m a Journalism major and a writer for Her Campus. I love film, music, food and my cat Venus.
Similar Reads👯‍♀️ 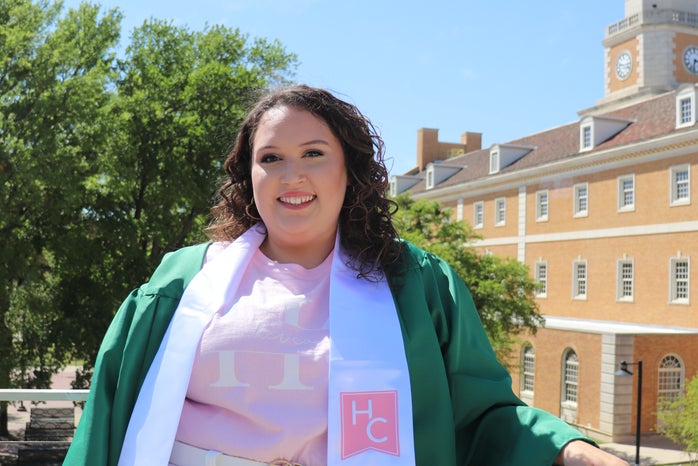 Entertainment
Why You Need to Watch Infinity Train
Read more →

Beauty
Rating eyebrow products so you don’t have to
Read more →
Good stuff only!