My Favorite Movies For Getting Into the Holiday Spirit!

With Halloween coming to a close, my mind quickly changes to Christmas. Well, to be honest, my mind is on Christmas the second the school year begins, it is absolutely my favorite time of year! While I have many friends and family members who do not agree with starting my celebration early, it is my favorite time of year. With Christmas approaching, TV channels and streaming services have their holiday movies on full display. Here is a list of my favorite Christmas movies that get me in the holiday groove!

Christmas Vacation is my all-time favorite Christmas movie. Chevy Chase as Clark Griswold is truly iconic. My dad introduced me to this movie a long time ago and ever since then it has been my go to Christmas movie. The movie is about Clark Griswold and his family. Clark is trying to have the best Christmas possible, but one by one everything starts going wrong. He spends hours putting lights on the house, and the power goes out, he tries to get his own tree down, then shortly finds out a squirrel has been living in it. The audience watches Clark handle all these mishaps but the biggest inconvenience of them all is when his cousin Eddie surprisingly visits. The film truly embodies a more realistic portrayal of what the “perfect Christmas” might look like. Overall, the comedy has you laughing until way after the movie is done and I highly recommend it!

If you’re anything like me, you’re a sucker for early 2000s romantic comedies. They just contain some of the best comfort movies and The Holiday is no exception. With an ensemble cast of Jude Law, Cameron Diaz, Kate Winslet, Jack Black, and Eli Wallach, it is truly the perfect holiday rom-com. The movie follows the lives of Diaz and Winslet who swap houses for the holiday season due to major relationship drama. Diaz moves into Winslet’s small cottage in London where she meets Law, while Winslet moves into Diaz’s mansion in Los Angeles, then proceeds to meet Black. The audience watches as the cast falls in love during the best time of year while growing into better versions of themselves with help from the Christmas spirit. It is another great film that may be different from Christmas Vacation but is just as enjoyable.

It would not be a Christmas movie list without Elf. What’s not to love about it? There’s comedy, romance, drama and Christmas! Will Ferrell and Zooey Deschanel truly highlight the power of the Christmas spirit by the end of the film. It also delivers a deeper message of what believing can truly do. Elf showcases how important it is to have a community come together and be united not just in a crisis but always. This is a movie for all ages, leaving a smile on anyone’s face. It is a perfect movie for the classic family movie night.

How The Grinch Stole Christmas

Another fan favorite, that if missing would leave the list incomplete. Jim Carrey is truly a comedy genius in his movies and this film put his talents on full display. With his facial expressions and comedic timing, the audience has no choice but to laugh. This is another great film that exhibits the power of community and Christmas spirit. The Grinch and his sidekick dog, Max, try to sabotage the town of Whoville’s Christmas; they are out to destroy every last ounce of happiness. However, when Cindy Lou Who sympathizes with the Grinch and tries to include him in the fun, he has a change of heart. In fact, his heart grows 3 sizes and he starts to love Christmas. How The Grinch Stole Christmas is another fun-loving movie that comes with a hidden deeper message for all ages.

A movie that truly leaves its mark on the audience, The Polar Express has people singing for hot chocolate and dreaming of trains leading them to the North Pole. There was no better joy in elementary than when the teachers were projecting The Polar Express while handing out golden tickets. The film makes the audience feel so nostalgic, like they are still the little kid they once were. Tom Hanks truly does a remarkable job, portraying a whopping five characters. With his talents and the amazing screenplay, so many emotions are created for the audience to feel. This is another holiday film that expresses the importance of believing. Hero Boy is already a doubter in Santa Claus and the train ride does not fully help him change his mind. Especially, when Hero Boy comes in contact with the Hobo, who is also a doubter. However, when getting past the doubt and negativity, Hero Boy comes with the realization that if he believes in something, it will come true. The Polar Express holds great meaning for all ages to learn.

Ending the list is another favorite Christmas movie of mine that was introduced to me by my parents. It has now become a tradition in my house to watch this every Christmas Eve. While it may be a significantly older movie than the rest of the list and in black and white, it is an amazing film. The audience watches George Bailey (James Stewart) deal with so many struggles in life. George feels like a failure and questions his existence. However, with the help of an angel, Clarence, he sees what everyone’s life would be like without him. George gets the chance to see just how powerful he is and the impact he left on the people around him. A tear-jerking movie that tells a beautiful story about the value of life, while capturing the meaning of Christmas, It’s A Wonderful Life is a classic that everyone should watch.

I could continue this list with so many more great Christmas films like Home Alone, The Santa Clause trilogy, and my childhood favorite, The Year Without A Santa Claus, but I felt like the films provided cover all the bases and genres. There is something for everyone on this list of movies. The films each tell a different story but all have the Christmas spirit as a connection. They showcase a powerful meaning in their own ways. Watching these movies will no doubt have you get into the Christmas mindset and truly feel the Christmas spirit. Christmas may seem like ways away but these films will get you feeling like it’s around the corner in no time. Merry Christmas! 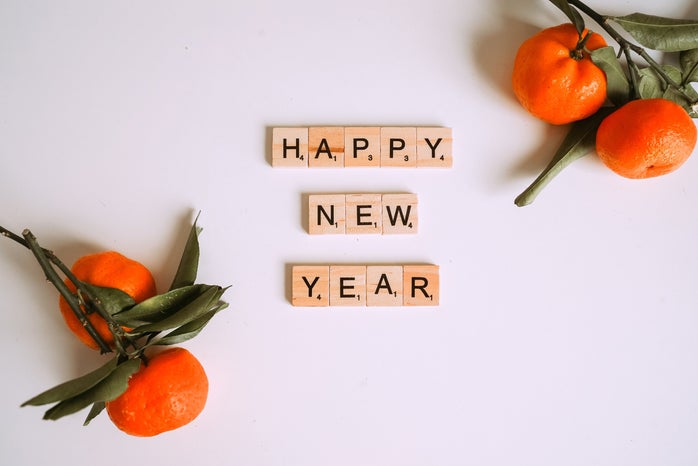 Wellness
As we Enter the New Year…
Read more →

Experiences
To My Best Friend, I Love You.
Read more →

Academics
Why I Decided to Graduate Early
Read more →
Good stuff only!