Woman or Womxn?: Why the ‘x’ is not trans inclusive

There has been somewhat of an outcry for people to refrain from utilizing the popularized alternative spelling of ‘woman’ with an x: ‘womxn’. This linguistic shift from the traditional spelling of the word is an attempt at inclusivity for trans women and non-binary people. However, the issue with this alternative is that it is rooted in complex feminist politics, and it is only through understanding its origin that you may be able to comprehend the reasons it is abhorred.

There was a time when any linguistic alterations to the word ‘woman’ would be considered as a shift away from patriarchal language. It was during the second wave of feminism, occurring during the 1960s and 1970s, that alternative spellings of the word ‘woman’ began to appear and become structured. This was done in an act of defiance against the attachment of the ‘man/men’ suffix to ‘woman/women’. Feminists at the time believed that these suffixes kept women’s identities, and existences, attached to men. From this belief, alternative spellings such as ‘womyn’, ‘wimmin’, ‘womban’ and the currently most used ‘womxn’ arose. ‘Womxn’ become popularized in the 2010s with the rise of intersectional feminism, although its presence has been identified for decades. Significantly, Black feminists have yielded toward ‘womxn’ as a means of solidifying the intersectional feminism. The word is used to convey the different and layered struggles of Black women compared to those of white women within, and outside, of feminist rights movements.

The above explanations have been well projected in justifying this linguistic shift, however, in recent controversy the word ‘womxn’ is considered to have been adopted to specifically include transgender women. This is where these alternative terms become problematic – especially the obvious ‘womban’ which implies that all women have wombs which is definitely not the case. Spelling women with an ‘x’ is not as revolutionary nor inclusive as social media has convinced many to believe. In fact, doing so excludes trans women from the general label of women. The use of the word ‘womxn’ feeds into the agenda of a faction of feminism that excludes trans women from its praxis. Trans women do not want to be afforded separate labels from women as they are … women. There are also non-binary people who do not wish to be associated with being women and as such forcing ‘womxn’ on them is bigotry.

TERF (trans-exclusionary radical feminists) have somehow convinced society that it is acceptable and inclusive to create a separate label for trans women, which is is in fact the complete marginalisation of trans people. TERF politics are harmful towards trans women with their persistent creation of re-spellings of the word ‘woman’ or ‘women’ in an attempt to create a separate distinction between those they term biologically-born women and those not. TERF politics do nothing more than gatekeep womanhood and feminism – both of which are for those who identify with being women and those who believe in the equality of all. Attempts at the self-actualization and representation of women have been tainted by TERF ethos that aim to do no more than keep trans women as separate.

These alternative spellings began as linguistic revolutionary acts, however, when these words became weapons to single out trans women from all women the need for their abolishment became pivotal. It would be one thing if ‘womxn’ was used in the context of being inclusive of ALL women in ALL contexts as opposed to using it specifically to refer to trans women. Instead, the current use of the word ends up causing more harm than any good. Exclusion is not feminism.

A feminist-womanist. I am not defined by what I do. I read. I write. I edit. In that order.  In my intermediate year at the University of Cape Town. Binge-watching sitcoms is my passion. To be human is to be in constant evolution, and so are my views on (most) subjects. I have a cute bookstagram account where I read and review literature and other art forms - follow me on there too for honest and insightful interactions (@grabyour.coffee).  "You can't use up creativity. The more you use, the more you have." - Dr Maya Angelou
Similar Reads👯‍♀️ 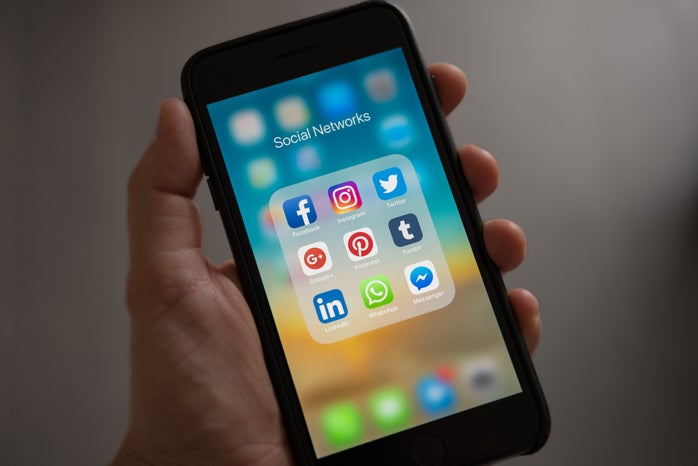 Entertainment
Who or What is the Tumblr Sexy-Man?
Read more →