I read a lot. However, I never really remember all the books I read, and wanted something that let me keep track of them all. About this time last year, I was introduced to the platform Goodreads after my English teacher recommended its yearly reading challenge to us, in which you set a personal goal to read a certain number of books over the course of the year, and log the books you read to meet that goal. So, in honor of one year on Goodreads, here’s a list of the best books I read in 2020, that you should read in 2021.

After seven marriages and several decades of show business under her belt, retired Hollywood film siren Evelyn Hugo is finally ready to tell her life story. At first glance, The Seven Husbands of Evelyn Hugo seems like the perfect romance: set in the glitzy, drama-filled world of Hollywood’s Golden Age, and with POC and LGBT rep to boot. But there’s so much more to it: Reid expertly connects the elements of her story and perfectly captures the heartbreakingly relatable nuances of life, love, pain, and ambition.

In Educated, Tara Westover details her experiences growing up the youngest of seven children in a survivalist Mormon family that lived off the grid, eschewing everything to do with the government and mainstream society: all of the children were homeschooled for fear of being brainwashed in public schools, life-threatening injuries like concussions and explosion burns were treated with herbalism and alternative medicine, and no one batted an eye when her older brother began beating her. This powerful, thought-provoking read takes us from Westover’s family home in Buck’s Peak, Idaho to the lecture halls of Oxford University as she navigates university and society on her journey to become “educated.”

Six years prior, painter Alicia Berenson tied her husband Frederick to a chair, shot him in the face five times, and then never spoke again. The Silent Patient follows Theo Faber, a criminal psychotherapist who transfers to the North London mental rehabilitation facility where Alicia is institutionalized, bent on discovering exactly why she murdered her husband. The combination of the fast-paced, wonderfully executed plot and Michaelides’ gripping writing made for an intoxicating page-turner that left me reeling.

Stand-up comedian Ali Wong’s memoir takes on the form of a collection of letters to her young daughters about life, dating, and being a woman of color in comedy, which they are instructed to never read before turning 21. With cautionary tales ranging from “trapping” her husband to getting food poisoning in Vietnam, every page of Dear Girls is pure Ali Wong humor: down-to-earth, raunchy, and real.

We Regret to Inform You, Ariel Kaplan (young adult contemporary)

Perfect grades, perfect extracurriculars, perfect test scores, perfect everything – Blanchard Prep senior Mischa Abramavicius should be a shoo-in for the Ivy League universities she so desperately wants to attend. So why is she getting rejected by all the colleges she’s applied to – even her safety school? We Regret to Inform You is an intriguing, fun read, but it also serves as painfully real commentary on the way that merit alone often isn’t enough to attend college in America.

Tech nerd Nate Kim is strapped for cash to support his family, but doesn’t want to accept money to help his classmate commit grade fraud. Enter Kate Anderson, aspiring actress and Nate’s coworker at the local zombie-themed escape room. The duo enter a weekend-long zombie apocalypse survival challenge sponsored by a local tech company, where they have a great chance of winning, and an even greater chance of catching feelings. The Perfect Escape is part of a growing genre of fun, diverse, and lighthearted YA novels that, for once, realistically depict the high school experience.

Chinese American ghostwriter Ruth Young is worried about her aging mother, LuLing, who has just been diagnosed with dementia. While going through her things, she discovers LuLing’s life story, which details the death of her mother and her harrowing experiences during the Japanese occupation of China. After reading it, Ruth is able to confront her childhood demons and grows to understand her mother so much more. The Bonesetter’s Daughter delves into themes of mental health, intergenerational trauma, mother-daughter relationships, and the Asian-American immigrant experience, making it truly a HerCampus-worthy read.

A retelling of E.M. Forster’s A Room with a View, Sex and Vanity is a modern comedy of manners in which Lucie Tang Churchill, a biracial socialite, navigates class differences and internalized racism in Capri and East Hampton as she finds herself drawn to George Zao, a Chinese man who is the antithesis of her efforts to hide her Asian side as a result of her WASPy upbringing. Sex and Vanity is perfect for fans of Kwan’s earlier Crazy Rich Asians series, or for those looking for a fun escapist beach read to whisk you away to an exotic locale (if only in your imagination).

Crazy Rich Asians meets Gossip Girl in this young adult retelling of Anna Karenina set in modern-day New York City. Though the focus seems to be nothing more than partying teens and rich people problems, Lee manages to deftly grapple with heavy topics such as infidelity, drug use, and mental health while beautifully developing her diverse, three-dimensional cast of characters.

Hotel on the Corner of Bitter and Sweet, Jamie Ford (historical fiction)

Middle-aged Henry Lee reminisces over meeting Keiko Okabe, his best friend and first love, at their all-white elementary school in World War II-era Seattle, the racism and prejudice they face, and their separation after Keiko and her family, along with countless other Japanese Americans, are sent away to internment camps. Hotel on the Corner of Bitter and Sweet is a heartfelt tale of friendship, love, and loss that explores history, compassion, and racial divides.

Alison Sun (she/her/hers) is a second-year Computer Science major (for now) at UCSC who tries her best to be a bright and sunny presence to those around her every day. When she's not toiling over Python, you can find her bullet journaling, rereading her favorite romance novels, or dancing to Twice's "Fancy" at her desk. If you're reading this, she would like to remind you to go drink some water.
Similar Reads👯‍♀️ 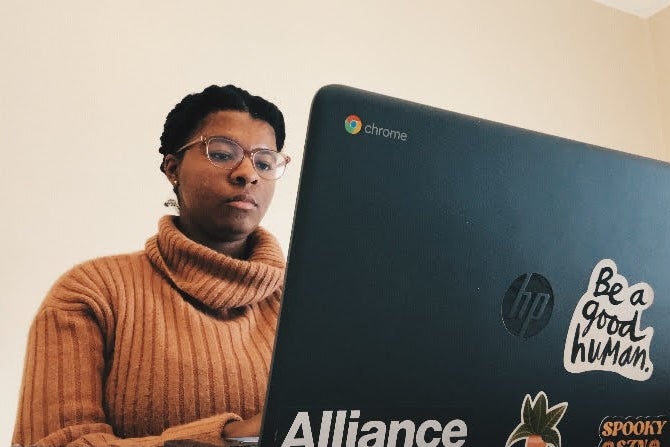 Entertainment
Was Jennifer’s Body Ahead of Its Time?
Read more →