We Need To Be Better Feminists: A Conversation About Mikki Kendall’s “Hood Feminism”

I admit I used to be a bad feminist. The feminism I was familiar with was one-dimensional, to say the least, which was a direct result of learning all I knew from feminist media that prioritized white women over everyone else. Thank God for Mikki Kendall, best-selling author and activist, who called me out and opened my eyes in every way possible. In Hood Feminism, Kendall goes beyond topics such as body hair, last names and #girlboss narratives to fill the gaps of feminist discourse and redirect the movement’s focus from giving more privilege to white women to giving basic rights to the marginalized.


One issue that plagues all women is sexual assault. In recent years, survivors all over the world have been sharing their stories, which have been particularly amplified through the #MeToo movement. We often overlook, though, that the movement was created by a Black woman and that women of color suffer disproportionately from assault and rape culture. Kendall describes the “fast-tailed” label given to young Black girls who are perceived as sexually promiscuous and inviting simply for existing and growing into their bodies. Girls in marginalized communities are not only seen as easy targets but as disposable and inherently available to the male gaze, touch and dominance.

While white women are not protected in their whiteness from sexual assault and rape, they play an integral role in rape culture. Dressing up in “sexy Pocahontas” Halloween costumes and geisha-inspired lingerie is not just culturally appropriative, it tacitly permits the sexualization and fetishization of women of color. It’s easy to brush off these incidents as harmless jokes, but when 1 in 3 indigenous women are victims of sexual assault, it’s not so funny anymore. These costumes may make their wearer feel sexy or exotic, but they do so at the expense of women of color who continue to face higher rape rates than white women.


One of Kendall’s most impactful arguments centers around the intersection of feminism, white supremacy, and the patriarchy. It’s not fair to say that white women haven’t contributed to the movement at all, but Kendall claims that their advocacy is often restricted by the fear of losing their protection under white supremacy. Conservative, middle-class feminists tend to only focus on the issues that affect them while leaving women who are unable to secure stable housing, provide food for their families or receive adequate healthcare to take care of their own problems.

We need to acknowledge that women oppress other women. A white woman calling the cops on a Black person just because she feels like it has direct consequences on the Black community, but those consequences are overridden by whatever entitlement that white woman believes she has. As Kendall states, “Feminism has told these women they have a right to occupy every space, but has not passed on the message that they don’t have a right to force everyone else to comply with their whims.” While feminism is advertised as a safe space for all women, the reality is that mainstream feminism is white-centered and is more concerned with raising up white women to be equal to white men than fostering actual equity.


Kendall closes her book with a message on allyship. What feminism can do now for marginalized communities is recognize that it’s been serving one subset of women for too long, ignoring the needs of women of color who aren’t necessarily fighting for better pay or access to abortion, but for a safe, secure way of living. Proper allyship comes from people who see themselves not as saviors, but as equals to the people they are supporting. As women, we do not all face the same problems—we need to be allies of each other, and only then can we diversify the feminism movement’s agenda to include everyone.


Hood Feminism is a holistic collection of essays that touches upon the major points of feminism but also goes into why things like food insecurity, gun violence and poverty are all also feminist issues, despite being left out of feminist discourse. There is more to this movement than what we see on social media, often from superficially feminist sources that are great for empowering white women to fight for a raise at work, but less great for women of color who suffer from domestic violence, are unable to code-switch, or can’t hold down housing. There is still a lot of work to do, and by educating ourselves on the multifaceted nature of feminism, we can better fight for ourselves and be better allies for those fighting alongside us.
Good stuff only!
We wanna slide into your DMs… (but via email)

Audrie is a third-year student from Honolulu, Hawaii, majoring in Human Biology Society and minoring in Anthropology. Her key interests include environmental sustainability, reproductive health, and education. She also really loves the beach and anything matcha flavored! In her free time, you can catch her shopping for records, books, and Trader Joe's snacks.
Similar Reads👯‍♀️ 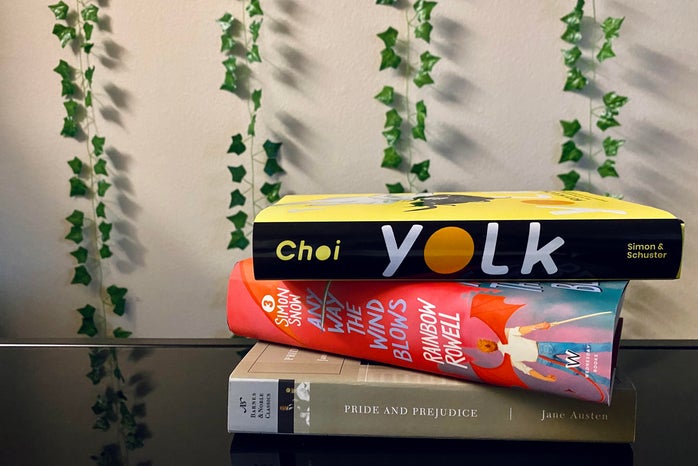