At 7 A.M., when I was ready to leave my house, I got a message that said, “Dear students, due to the probability of a shooting happening at [your college], all classes will be cancelled and campus will be closed for further investigation.” Being an undergraduate, I happily threw my backpack away, thinking about how I would spend the rest of a free day and ignoring the reason why I got the free day in the first place. However, if I were a curious person, I would pay more attention to the word “shooting” in the received letter. Unfortunately, nowadays, people see this word quite often, especially Americans.

The United States of America is ahead as the country with the highest number of shootings. According to the non-profit organization, Mass Shooting Tracker, 427 mass shootings happened in 2017 in the USA; in this case, a mass shooting is defined as an incident where four or more people are killed. Moreover, in 2018, despite the fact that the year had just begun, there were 14935 gun incidents, and some of these incidents happened at schools (Gun Violence Archive). American government’s non-profit organization, Every Town Shooting, claims that over 5 years 306 school shootings happened in the USA. A scary number like that frightens Americans, making them wonder what should be done to protect helpless students and forcing them to look for the answer in the actions of the government, particularly, the President.

Reacting to these tragic incidents, Donald Trump wisely suggested we give “concealed guns to gun-adept teachers with military or special training experience,” following, I assume, a farmer’s poor philosophy: “If you want to get rid of weeds, you need to feed and pour water on them.” In other words, to get rid of the problems caused by guns, Trump decided to increase the number of guns, particularly in schools. There should be a logical seed in Trump’s announcement. Of course, students will feel comfortable having an armed teacher in the class, an individual who is not chained by any parental or other deep relations to them. This, of course, is very different from a shooter going to a school with a gun – they probably do not have deep feelings for the people there either. Teachers are wise individuals who promote knowledge; they are the superheroes of our century. Clearly feelings of tiredness caused by a lack of sleep, irritation from going through many stacks of poorly-written essays, dissatisfaction with their own job that they chose because of an absence of an alternative, and enmity to particular students due to their personal preferences are unfamiliar to them.

Taking everything mentioned above into consideration, students will gladly accept the idea that their lives will be protected by people to whom they may refer in their private conversations as “the one with the poop on her head,” “a crazy old man,” “a young girl with the taste of a grandmother,” or something even more creative that cannot be included in the censoring of my paper. They will not have anything against teachers carrying guns because they all believe that school is the second home for everybody, and nobody would dare to disregard this old cliche.

Making sure that students have no arguments against teachers carrying guns in school, we need to move on to the second small detail that can ruin the whole idyll. This small detail is that some teachers, for unknown reasons, do not know how to shoot a gun. That is why mandatory training should be provided to them because an accidental shot in the eye of a student may cause minor discomfort to the educational environment in the school. However, providing just one session of training will not be enough. Due to deficiency in training, there is always the risk that professors will forget how to aim and shoot at the most important moment. I think that in order to provide enough exercise for teachers, we should take it a step further and include punishment in the school system, which will not only provide enough reasons for teachers to use the gun, but also will improve the performance of students. Such punishments should include: one shot in the arm of a student if he/she is late to class (though the teacher should make sure he/she is aiming at the non-dominant arm, as the student will still need to write and take tests); one shot to a leg of a person who is running down the hall instead of walking like all educated people; two shots to the leg, if he/she is still trying to run, and one shot to the ear to improve his/her hearing to avoid any future incidents caused by the ignorance of the violator. For cheaters, the punishment should be harsher since nobody likes them, but not so harsh that they would not be able to study anymore. We are not savages, after all.

Being a civilized person, Trump claims that the problems caused by weapons can be solved by force. However, regardless of his elaborate suggestion, there are still some doubters who worry that the word “protection” could be too vague for people to understand. So they use it as an advantage, adjusting and justifying their actions by it. I would remind those silly realists that teachers are smart, average people, and would not allow any biases and prejudices to guide them. Moreover, according to Oxford dictionary, “Protection is a legal or other formal measure intended to preserve civil liberties and rights,” which in other words, means that anything that can somehow threaten a living individual should be treated as a reason to protect him. Such a detailed and informative explanation does not have any gaps that would cause misunderstanding among teachers. Applying that definition, they can understand that any threat mental or physical should be counted as a reason to use force. For instance, being late to the class threatens the educational environment by interrupting other students from getting knowledge and should be eliminated as soon as possible. Whispering during the class distracts the teacher and the students, thus it represents the double threat and should be taken care of right away. Talking too loud in the class, a rustling of the packaging, sneezing or any other unpleasant sound and the cause of it should be removed because it does “something” (fill in the gap) to the educational environment. Any reason that can be created by a smart mind of the teacher could be used as an excuse to use a weapon against children; however, we should not worry about it because such interesting, and sometimes wild, behavior of teachers will confirm that future shooters will never come to the school.

Kasky understands why Trump’s suggestion would not work. She is a student who witnessed the school shooting in Parkland, Florida. In front of her, 17 of her teachers and classmates were laying dead, with an empty helpless sight in their eyes: “We are losing our lives, while the adults are playing around,” she says (McLaughlin). The poor child saw death, and the scars from that meeting cannot be healed or eliminated. But there are many children who have not gotten scars yet, and there is a way to steer clear of this possibility, which is to promote harsher gun control. In order to solve the problem caused by guns, do not give people more guns, thinking that they will solve something by themselves. The root of the problem should be eliminated to get rid of the consequences. If you notice the bad smell in your room, you do not add more trash to get rid of the smell. You find what causes it, throw it away and clean your room. Mr. President, I think it is time to find the smelly dead fish in the room and get rid of it. Children are supposed to be protected. Please, do not let any poisonous smell affect them. Clean your room, President! Clean your country!

Wellness
HOW TO HACK YOUR BRAIN: 5 WAYS TO PRACTICE ALTRUISM
Read more →

Wellness
THINGS TO DO DURING YOUR DOWNTIME AT BERKELEY
Read more → 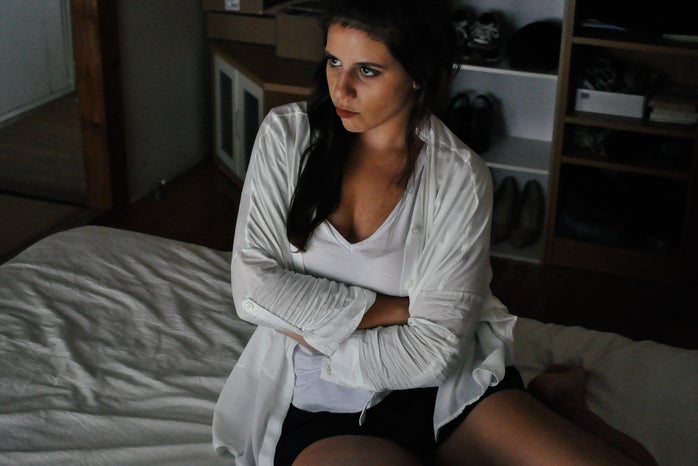 Life
ACTIVITIES TO GET YOU IN THE HOLIDAY SPIRIT
Read more →
Good stuff only!