HC at U Mich

Her Campus: Why did you join a fraternity on campus?

Nate Hoffman: I joined a fraternity as a freshman because, being from Arizona, I didn’t know many people from here, so it was a good way to meet new people and a good way to make a big university smaller.

HC: What made you choose Delta Tau Delta as your fraternity?

NH: I rushed a lot of houses at first, but what stuck out the most about DTD was the fraternity’s lack of superficiality. At the other houses, I didn’t feel right there, but the guys at DTD made you feel at home. They were genuine and the brothers themselves felt like actual friends, which wasn’t true for me at the other houses. I also rushed with a group of guys from my hall and we felt welcome there, so we decided to join together.

HC: What positions (if any) did you hold before running for president?

NH: I was the Philanthropy Chair, starting last January. As a fraternity, we created “Delt Madness,” which has people donate money to enter into a bracket challenge for March Madness, raising funds for the American Cancer Society. The winner of the tournament during the inaugural year won a basketball signed by the Michigan varsity basketball team. Also, in the fall of this year, we kick-started “Delt Dodgeball,” which is a dodgeball tournament with about twenty participating Greek organizations, raising funds for Juvenile Diabetes Research Foundation, our national philanthropy. I hope that these events continue throughout the years for DTD.

HC: What is the hardest aspect of being president of Delta Tau Delta?

NH: I would say that the hardest part as president is serving so many different needs. There are so many different views when you have a hundred guys, all from different parts of the country, all with different backgrounds, and who all have different opinions on so many things. You can’t make everyone happy, but all you can do is try your best.

HC: What is your favorite part of being president?

NH: Definitely chapter meetings. I help run all the chapter meetings and I’d say that’s the best part of every week because you not only get important business completed, but you’re also all together at the same time and it’s one of the best examples of brotherhood. We can do a lot as an organization, but in the end we’re still just a group of guys who are all friends with each other.

HC: In light of recent events on campus, how do you as president monitor and enforce fraternity and university regulations for Delta Tau Delta?

NH: You have to stress to the brothers how important it is that we remain on campus as a fraternity. The worst-case scenario would be Michigan getting rid of all Greek life, which would be a bad idea because then there would be no regulations to begin with. You have to stress the importance that we are accountable for all of our actions and that our actions not only represent DTD, but also Michigan Greek life and the university as a whole. What we do could affect more than just ourselves, so we know to be more responsible overall.

HC: Do you have any advice for students who are interested in becoming president of an organization on campus?

NH: Before you decide to run, make sure you know what you’re getting into. It’s a great experience, but you want to make sure that you’re talking to officers before you, learning about what you would do on a daily basis, what kind of things you have to look forward to, and what kind of characteristics you have to take on as president that allow you to do your job effectively.

Entertainment
Football For The Girlies: A Guide For The Big 10 Championship
Read more → 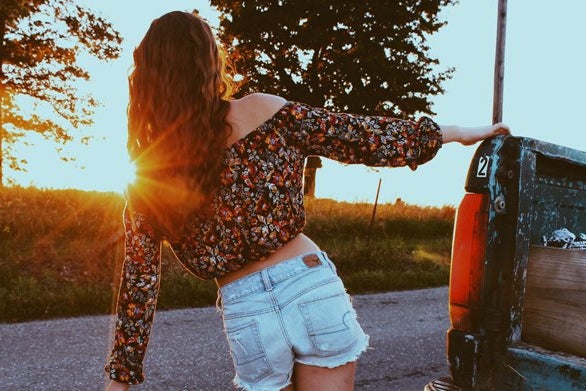