On March 9, Ava DuVernay’s upcoming movie A Wrinkle in Time opened in theaters everywhere. But for a very special group of kids, they were able to see an early premiere. DuVernay, who hails from Compton, Los Angeles, knew that there were no movie theaters in her old stomping grounds. She petitioned Disney, whose studio is releasing the film with an estimated $103 million budget, to host the first public screening there, since she knew there were no movie theaters in that neighborhood. Disney came through and set up a mini-theater in a community center for hundreds of kids and teens to attend.

Starring Storm Reid, Oprah Winfrey, Reese Witherspoon, and Mindy Kaling, the new adaptation of Madeleine L’Engle’s classic novel is poised to be not just a box office success, but a cultural milestone as well. With Wonder Woman breaking box-office records last summer, and Black Panther shattering them this past month, it’s clear that representation and diversity in mass media — particularly film — are so, so very important.

Women of different colors, creeds, backgrounds and sizes are at the helm of DuVernay’s vision, who hold the key to discovering and unlocking the secrets of the universe. Storm Reid, who plays protagonist Meg Murry, is told over and over again in the trailer, to “be a warrior.” With the #MeToo, Time’s Up, and March For Our Lives movements making history, people of all ages, and especially young ones, are finding their voices and standing up to forces attempting to push them back down.

Fourteen-year-old Storm has a solid grasp on what this movie will mean for young audience members like herself who may be watching.

“I hope [A Wrinkle in Time] inspires girls my age—everyone: women, women of color, different races, any gender—because I just want you to believe in yourself and know that you can do anything. Nothing’s impossible, because in the word ‘impossible,’ it says, ‘I’m possible.’ Always know that no matter what, you can always do it and don’t let anybody tell you differently,” Storm said.

Films like A Wrinkle In Time are a force for good: they empower by demonstrating how to stand up for what is right and good. For those who have been previously marginalized, especially in mega movie blockbusters, the recent swell in representation is proof that these types of stories should and must be told. As Oprah put it: “We must now fight the darkness with the light. We are in search of warriors. Warriors who can bring back hope. That is what this movie is about.”

In the meantime, check out A Wrinkle in Time — and be sure to share your thoughts with us. 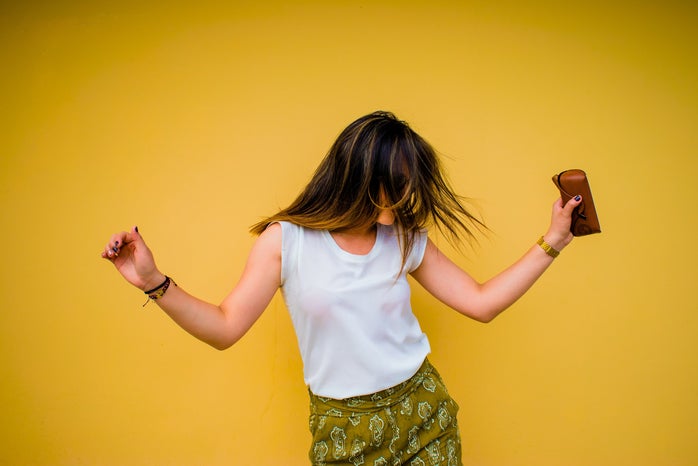