What Is Up With European Vaccine Hesitancy?

As of right now, according to the New York Times, at least 25% of the United States population is fully vaccinated, with about 40% having received one dose. Compared to the global average, the United States is doing remarkably well in terms of rollout and distribution, with the predictable access limits for different parts of the country having lower doses reported than others. As for Massachusetts, almost 30% of the population is fully vaccinated, which is quite remarkable. It must be acknowledged that the vaccine rollout in the United States is incredibly flawed, despite beaming numbers so far. There are vast inequities across socioeconomic status, race, and across different counties and states.

If you’re a wanderlust travel guru like myself, you’re probably wondering when and where your next international trip will be planned. I’m quite lucky to have family in France, so I have a solid idea of where my next trips would be. Regarding COVID-19, one of the most eye-opening moments for me during this pandemic came when speaking to my French family over Zoom for Easter this month. I told them proudly I received my first dose at the time and I was sitting with my grandmother who was fully vaccinated and quite proud of it herself. To my surprise my French family was quite shocked that we had been vaccinated and started asking us questions like “Do you feel like guinea pigs for the biomedical industry?” and “wouldn't you rather get COVID and get natural immunity from the virus than from an artificial vaccine?” Yes, they really asked us that!

Obviously, I was frustrated as a public health major, but even more frustrated that I didn’t have the right French phrases to answer them back and say just how wrong they were and how lucky we were to have been able to be vaccinated.

To my surprise, there have been numerous reports of incredible vaccine hesitancy in the EU, and as Forbes magazine claims, it’s even worse in the EU than in the US.

Regarding the lag in the EU (excluding the UK since they’ve left the EU, but also since they’re doing remarkably well) many countries were hesitant to buy into vaccine trials before they were approved and lost the chance to once the UK and the US bought “tens of millions of doses of several vaccine candidates prior to their emergency use authorization” last summer.

A recent Pew survey has noted that almost 70% of Americans intend to get the COVID-19 vaccine, or have already gotten it (which is a notable 10% jump from three months ago). On the other hand, the Europeans Centre for Disease Prevention and Control and the RECOVER Social Sciences team found that, in France, Germany, Belgium, Italy, Spain, Sweden, and Ukraine, only 36% of the surveyed said they “strongly agree with the statement that vaccines are safe”. Similarly, a France-specific poll found that only 40% of French people want the COVID-19 vaccine. What is up with that?

Knowing what my relatives said on Zoom and the findings of this study, Europeans are mainly worried about the short and long-term effects of the vaccine as well as the speed at which the vaccines were developed. Similarly, many Europeans are distrustful of pharmaceutical companies and see them as only seeking financial profit from the vaccines, rather than helping citizens. More recently, the small number of blood clots found after people received the AstraZeneca vaccines has set back vaccine reception greatly.

As the citizens of the world's leading countries refuse to get the vaccine, countries in Africa, South America, and East Asia have yet to report any kind of vaccine rollout due to inequitable distribution worldwide and no help from first world countries like the US. I begin to wonder if we’ll ever return to normal and if the powers in the world will shift as a result.

Isabelle is a writer for the University of Massachusetts, Amherst chapter! Some of her hobbies include playing soccer, learning about International Relations, and cooking. She is a freshman a Public Health and Pre-Med major hoping to complete an MPH in Epidemiology and then go to medical school to become a pediatrician :) At UMass, Isabelle is involved in the Student Alumni Association, Her Campus, Alpha Chi Omega sorority, and much more!
Similar Reads👯‍♀️

Digital
The Decline of the Attention Span: How Technology Has Warped the Minds of Our Generation
Read more → 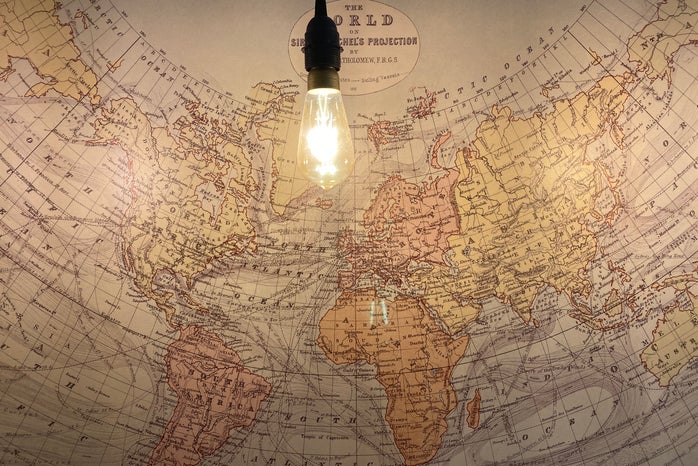