HC at U Conn
News

“Our Body, Our Choice”: The Protests in Iran Explained

Videos of recent protests, hijab burnings, and hair cuttings have surfaced across TikTok and Instagram. But lack of Middle Eastern representation in Western media has led to stereotyping and misconceptions about the situation. Below, I break down a recent history of oppression in Iran and the fuel behind the current movement.

The Islamic Republic was founded in 1979. At the top of Iran’s power structure is the Supreme Leader. The second-highest ranking official in Iran is the president.

In 1981, wearing hijabs became required by law for all women living in Iran, regardless of religion or nationality. Throughout the years, many women have launched campaigns against the theocratic regime, including the Green movement in 2009. However, the movements lacked scale, boldness, and mobilization. Many women were exiled or forced to flee Iran.

In recent months, since President Ebrahim Raisi came to power, the hijab law has intensified. Women have been banned from government offices, banks, jobs, and public transportation for improper wear of the headscarf.

On September 13th, 22-year-old Mahsa Amini was arrested in Tehran, the capital of Iran, by morality police that enforce conservative Islamic behavior and dress. Improper hijab use can include pieces of hair sticking out.

Amini was taken to a detention center and died on September 16th at a Tehran hospital. While authorities claim that Amini suffered a heart attack, reports show that her death was caused by a skull fracture from heavy blows to the head, indicating that she was brutally beaten.

The death of Amini has sparked a global reaction, including over 11 days of protest in Iran with at least 76 protestors killed by security forces.

Many videos feature women burning hijabs or cutting their hair. Donya Dadrasan, an Iranian singer living in Australia, said that she cut her own hair to help spread awareness because women living in Iran cannot access the Internet and need people to amplify their voices.

Donya said that the significance of hair cutting comes from the Kurdish saying for truth (“I swear to my mom’s hair”), combined with the fact that Amini was killed because of her hair.

“our body, our choice”

MSNBC interviewed Masih Alinejad, an Iranian-American journalist and activist exiled from Iran. She believes that the death of Amini is “becoming a turning point for Iranian women and a tipping point for the Islamic Republic.”

When asked about the larger implications of the movement, Alinejad replied, “Iranian people are not just fighting against compulsory hijab. They are clearly saying that we want an end to a gender apartheid regime. Why? Because from the age of seven, girls won’t be allowed to go to school if they don’t cover themselves.”

Alinejad incited Western women for support in amplifying the fight, saying, “When Western women say ‘my body my choice’ they have to listen to us as well. When we say ‘our body our choice’ in the Middle East, you have to care about us and show solidarity and sisterhood.”

As Alinejad said, it’s critical that women outside of the Middle East show their support in the ongoing movement against government oppression. Support can include amplifying the voices of Iranian women on social media, educating family and friends, and donating to causes like Center for Human Rights in Iran and Amnesty International.

This article is part of a series, #FeministFriday, where Chloe Hummel seeks to highlight standout feminists making a difference in the world right now. Stay tuned!

Chloe is a junior at the University of Connecticut. She posts articles every Friday as part of a weekly series, #FeministFriday.
Similar Reads👯‍♀️ 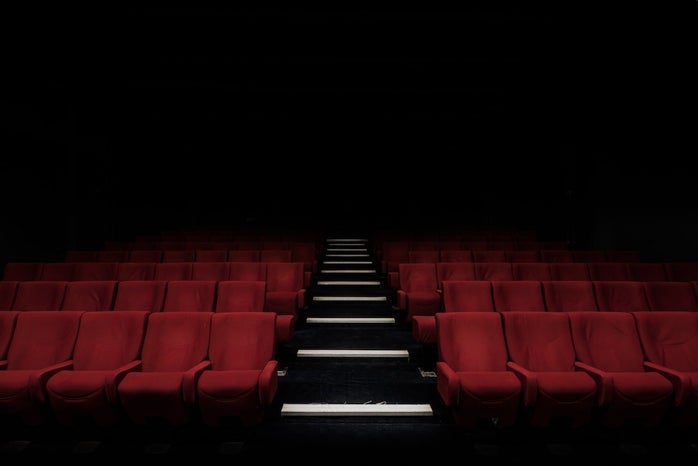 Culture
Bones And All: An Honest Review
Read more →
Good stuff only!