The Circle of Toxicity and Bad Habits

Recently, a friend and I got into a bit of a discussion about the different types of people that we are attracted to. It became apparent after a very short conversation that I was seeing a common thread in the kind of guys that she liked that she did not. She couldn’t see why she kept falling for the same bull*hit over and over again, so I said, “Well, it’s because you fall for the same type of guy over and over again and expect some different outcome.” Needless to say, there was more discussion of her previous love affairs and how tragic, or just plain boring they were. After a while she said to me, “Taeghan… You have the same problem you know. Never breaking a pattern”. I was shocked… Well, not really. I’m most definitely a creature of habit and my cyclical thinking has put me into a tough spot once or twice in my life before. I suppose crushes would fall into that cycle of similar thinking as well.

So, I started asking my other single friends about if they think their flirtations all seemingly end the same, or if there are patterns, and like I hypothesized, when I made them think about it, they all said, “Yeah, actually. They all end the same.” So, then, what is this never-ending cycle? Why do so many of us fall prey to it… er, more like prey to the kinds of people that throw us into this cycle? If anything, falling for the same type of toxic person is nothing more than a bad habit that has been deeply ingrained into our psyche. I turned to Mr. Google to figure out how to break habits, and then applied them to finding someone to crush on without being manipulated and hurt in the process (over, and over, and over again). I like to call it the “Breaking Bad (Habits)” Method.


Before I get into this crazy theory of mine, it should be noted that I am by no means a professional relationship therapist or psychologist — I am simply sharing some information about habit breaking that I learned from TIME and that have subsequently ~tweaked~ for navigating the dating pool.

I went out and found myself a TIME article, written by Cassie Shotsleeve called, “5 Science-Approved Ways to Break a Bad Habit”, and if science approves it, it has got to be valid. And so I read.

The first thing the article said to do was to lower your stress levels as a lot of bad habits (drinking, smoking, mindless eating) come from when we are stressed. SO how does this apply to flirting and dating? Well, I think a lot of people feel constant pressure from society about being single, and while being single isn’t bad or unnatural at ALL, society trains us to think so. Therefore, our little pea-brains freak out whenever we perceive ourselves to be romantically lonely. But Taeghan, how do we navigate this stress when we’re still alone? Well, I say start thinking about the positives of being single: Free to flirt, focus on platonic relationships, focus on yourself, the freedom to not have to worry about probing questions of an upcoming engagement or a bun-in-the-oven… And by thinking about the positives of being single, you take the stress off of any dates or flirtations that may not workout the way you want them to with a “there’ll be a better thing coming” attitude. With a little bit of optimism about it all, I think stress can be removed from dating and maybe help us break bad habits when it comes to clinging to the first, and possibly toxic/wrong-person-for-you, that comes along. By not clinging to every failed flirtation, and keeping a positive mindset while lowering stress levels, we keep our options open, allowing the right person to step into our lives.

The next tip was to “know your cues”, and essentially, what a cue is is what our brain sees (or understands) that starts the habit system. So it goes like: cue, routine, reward. Applying this to humans and dating is a little difficult, because I don’t want anyone to feel like they’re being Pavloved by me but… yeah, that’s essentially what habits are. So, I think with dating you have to understand what turns you on? What makes you attracted to someone? What does good chemistry feel like to you? And then once you know those cues, you can be careful about the routine that you pursue.  Basically, the whole point is to know your cues so you can avoid what triggers bad habits — So, know the kind of person that is toxic for you that you keep getting ensnared by, and then avoid that kind of person! Bleeding into this, the third tip was to replace a bad habit with a good one, so replace those toxic people with other good ones, maybe by prioritizing those people who already make you feel good while you’re trying to find another flirtation.

The fourth and arguably most important tip, as mentioned by TIME magazine, was to find a better reason for stopping your bad habit. So, let’s find a better reason to stop talking to sh*t people! Don’t just talk to people because you feel like you “have no other options”, really be evaluating who you spend time with, how you spend time with them, and why you enjoy it! Be intentional with interactions. Don’t just talk to them because you’re bored, speak with purpose! Pick people to approach with purpose! Overall, just be more aware as to your own socio-emotional and socio-physical exertions in your seemingly repetitive relationship/flirtationship patterns.

The last tip in the bad habit article was all about setting attainable goals: translating that to your sex and love life, let’s talk about how change comes gradually to toxic patterns. You should never beat yourself up for falling prey to a toxic and manipulative person — They’re skilled at what they do! Give yourself wiggle-room for growth and no hard punishments. Growth is a little messy sometimes, and that’s okay. The ultimate goal is to come out on the other side a better version of you!

The whole point of this is to not say that we should evaluate romantic interests by whether or not we think they’d be a good “habit” — People aren’t a simple task you do daily, they’re a little more complex (unfortunately). No, the point of this is to help you break that nasty little cycle of a never-ending talking stage, or a FWB that turns into something complicated, or staying in a relationship you’re not happy with for a myriad of reasons. Humans like habit, so when we’re uncomfortable with something in our lives, it takes breaking that habit in order to feel satisfied again. Being attracted to a certain kind of person that you know isn’t good for you just sucks, trust me, we’ve all been there. But, if we work on ourselves and really try, we can find some peace of mind and break the circle of toxicity within our lives.

Just a bubbly blonde from rural Virginia who strives to contribute wholesome content and good vibes! When I'm not doing work for my triple major, you can find me writing and reading in some of my favorite local coffee shops, socializing literally anywhere I run into people I know, or walking the streets of New Orleans in the pursuit of my next "big" thing. An eternal optimist, and an inspired go-getter, I'm always ready to jump in to anything thrown my way. To quote Lady Gaga, I believe that we're all "on the edge of glory".
Similar Reads👯‍♀️ 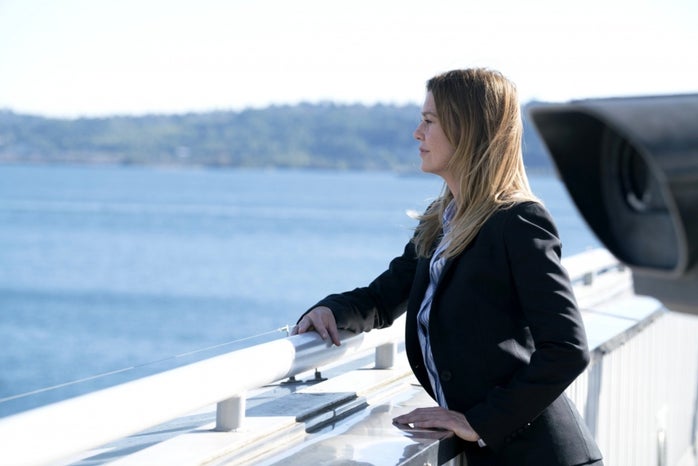