As National Hazing Prevention Week comes to a close, I only felt it necessary to write an article about the attitudes of Greek life and hazing. This dialogue is based off of a conversation I had with a friend who has never had first-hand experience with Greek life. He argues for the abolition of Greek organizations, while I argue for their continuance. I will try to argue both sides as diplomatically as possible, but also give my personal experience with what it means to be a Greek.

This conversation began when my friend told me about the death of a fraternity pledge from LSU that happened earlier this week. Of course, both of us were extremely upset as the two of us have very strong anti-hazing sentiments. We agreed that all parties involved should be tried for murder, and at the very least manslaughter; but, that’s about where our agreeing stopped. From this conversation about this one student, he brought up the notion that all of Greek life should be abolished from college campuses.

He argued that he felt like he was seeing more and more hazing related deaths every year and that even one person senselessly killed for a social club was too much, to which I agreed. His solution to the issue was that Greek life should be taken away from campuses as a punishment since fraternities couldn’t “act right”. His argument was that fraternities and sororities were only good for one thing: making friends, which shouldn’t be that hard to make without those organizations. He argued that college students who join those organizations are only there to be accepted and will go to great lengths to do so, such as partake in hazing or drink socially when they would not normally do so. Another opinion he held was that fraternity members come from wealthy families, which is why it seems like so many of them that are involved in hazing cases get their charges dropped. He argued that if students wanted to party like adults, they needed to act like adults and suffer the consequences of their actions, no matter what that entailed. Their rich parents shouldn’t be able to get them off the hook, their organization’s charter should be revoked, and ultimately, Greek life should be removed from the college setting.

While I agree that those who partake and are initiators of hazing must be punished by having their organization’s charter revoked, I believe that the solution in stricter, more consistent punishments than strict abolition. While social fraternities and sororities help individuals make friends and help those individuals to feel accepted, they also expose college students to community service, interview skills, and leadership opportunities. By sharing common core values, individuals in a Greek organization make a successful group of individuals who feel comfortable being with each other for support and influence while they are away from home. I believe that the negative views of Greek life come from media influence, whether that be from movies or the news. News stations tend not to highlight the philanthropic events that Greek organizations do and tend to highlight the tragic events that happen when an organization doesn’t hold themselves to the standards that they should. On the financial argument, I couldn’t disagree more. While some organizations on certain campuses do cost more than others, to say that all fraternity members are wealthy is a blanket statement. Plenty of individuals that I know pay their own dues, by themselves or have parents that either currently disagree with the choice to join a Greek organization or have disagreed in the past.

Let me start this section by saying that I’m entering my senior year of college and have been a member of a National Panhellenic Sorority since my first semester of my freshman year. I have never experienced hazing within my organization, thankfully. I personally feel that hazing is the worst possible thing for a Greek organization to be associated with. All incidents involving hazing must be investigated thoroughly and all parties charged accordingly. Nothing excuses physical or psychological violence against another person, especially if those individuals recruited you and invited you to be a part of their organization. The whole basis of Greek organizations is to trust each other. How can there be trust when trust is violated in the early stages of initiation into a Greek organization?

That being said, it is important to remember that hazing happens in all sorts of social institutions, such as ROTC programs and band programs, not just Greek organizations. Because of media influence, there has become a stereotypical view of what a fraternity or sorority is and more often than not, the image couldn’t be further from the truth.

In my personal opinion, I know a vast majority of people that have had nothing but a positive experience from being in Greek life, myself included. I love my organization with my entire heart and soul and would never trade the experiences and friendships I’ve made because of my organization. The life experience that I’ve gotten out of being in a sorority is way more important to me than “the status” of being in a sorority. Many people like to argue that by joining a Greek organization you are paying for your friends, but if that’s the case then I’m not paying enough for the lifelong, unconditional relationships I now have. If I hadn’t have joined my organization, I would not have the confidence I need to pursue my dream career of working with domestic violence services. I only feel equipped enough to work with this social issue because of my organization. Sorority life literally opened up a career path for me. On the topic of shutting down Greek life as a whole, it seems completely unfeasible to me. You cannot punish a whole community of people because one organization out of a hundred do not respect their organization enough to honor their members. If we used this tautological reasoning for everything, there would be no clubs or organizations on any college campus in the United States.

Again, I have never experienced hazing within my Greek community. To those that have, even if you aren’t a member of the Greek community, I sincerely hope that you or someone you know reported it because you do not deserve to have your trust or safety violated. By accepting hazing and allowing organizations to continue, we are just amplifying the problem and adding to the dissonance that some feel about Greek life. Greeks, as a majority, do so much good for the community. We owe it to ourselves to honor our founders and each other enough to stand up against hazing together and make sure that those involved are held accountable.

**Please report any incidents of hazing that you see, experience, or hear about to your designated campus officials. Happy National Hazing Prevention Week!

Wellness
Five Reasons to Get a Cat!
Read more → 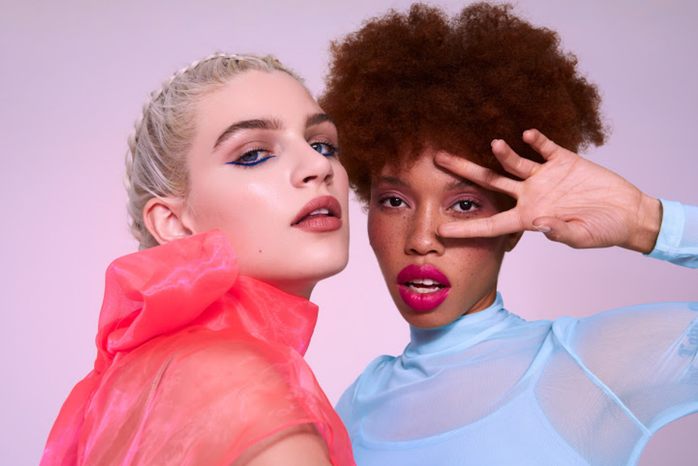 Culture
We Can’t Back Down
Read more →