I Am Taking General Chemistry Next Semester…And I Am Scared

My first semester of college was amazing! I absolutely loved it. I had so much fun taking classes and learning new things. I met some wonderful people as well.

Now, out of all those sentences, only the last one is true. The rest is all a big fat lie.

First semester was not amazing. I totally did not love it. All my classes were online. I was remote: still don’t even know what the heck campus looks like.

I knew Neuroscience would be a hard major, but I hoped that my love for psychology and the brain would keep me motivated. But what I was not prepared for was chemistry. Chemistry—or “chem” for short—is my enemy, my one and only nemesis. I hate it. I hate it so much, I cried at least every other day about it. I cried to my friends, to my parents, to my counselors. I almost even gave up on pre-med. Slowly, that hate turned into a feeling of incompetence. I thought I was dumb—stupid for not being able to comprehend this when everyone else was able to. Everyone else was doing fine, so why in the world couldn’t I? Was it because I just didn’t like it? Was the professor bad? Was the class too fast-paced? I didn’t know. And I never found out the answer. Therefore, I concluded: I am incompetent and slow.

I did something I never ever in my life thought I would do. I withdrew from the chem class right before the third exam. It was a very tough decision. My reasoning was this; I will take Basic Chem, prepare for General Chem and then try again. In other words, I was strategically taking a step back, like in war: when the enemy gets too strong, people regroup and attack again. That was my justification. However, guilt and shame filled me up. I was ashamed of giving up: though I technically didn’t. My brain was not allowing me to think about the latter. I was constantly in the state of mind that I gave up, I ran away, I was a coward. Again I got drunk on the feeling of incompetency and felt worthless. This entire spring semester, there was not a single day where I did not feel ashamed of only being in Basic Chem and not in General Chem II with other pre-meds and friends. I never brought it up in conversations when they were complaining about their chem homework. I did not bring it up when the chem tests were hard. I felt since I am in Basic Chem, my troubles and my worries don’t even hold a candle against theirs. I felt so small. And scared.

As I was registering for Fall 2021 classes, I saw my enemy again. General Chemistry I. There it was, with all classes not yet filled, those same professor’s names and the recitation classes. I clicked on the class and added it to my schedule. It wasn’t until that moment that I realized I was severely shaking. On the verge of a mental breakdown and panic attack, I shut my laptop with a loud bang and just stared at the ceiling, breathing like I was drowning in water. I didn’t know the class affected me that much. Suddenly the wave of shame and guilt washed me over and the waterworks started their show. Only one thought came to mind: will I be able to handle it this time? Or will I just run away?

I think God was feeling extra generous the next day, because I got my third exam score back for Basic Chem. I got an A. A freaking A. The amount of time I calculated my exam score is unhealthy but it was so dang unbelievable. I got an A? Did my professor make a mistake? I really got an A? I just couldn’t accept it. Hell, I thought this had to be a mistake. But no. The reality was my hard work paid off. I worked my butt off for that exam; all-nighters, practicing so many problems, memorizing all the equations, going over the material over and over and over again. I got what I deserved, what I studied for. And of course, I cried. I mean, duh—I GOT AN A. Like how could I not? It felt like my brain finally accepted the fact that maybe if I try hard enough I can be good in General Chem too. I want to believe that. I want to make that dream a reality.

So, I am trying my best to be a little less scared of General Chem. As I am typing this right now, I am breathing hard. The anxiety has already set in. But it’s okay because I know what I am capable of. If I put my mind to it, General Chem will be just another one of those science classes. Plus, I will be on campus, with all the wonderful people, taking classes in actual classrooms, going to labs; it will be a completely different environment. I am sure that things will be much better than my first semester. At least, that is what I am praying for every night.

A Neuroscience major, minoring in Communication, Aseya has spent half her life in Bangladesh before moving to the States. When she is not busy watching TikTok, you can often find her studying and stressing about the future :)
Similar Reads👯‍♀️

Experiences
Women, Here’s Why You Should Stop Apologizing
Read more →

Life
The Reality of the Situation
Read more → 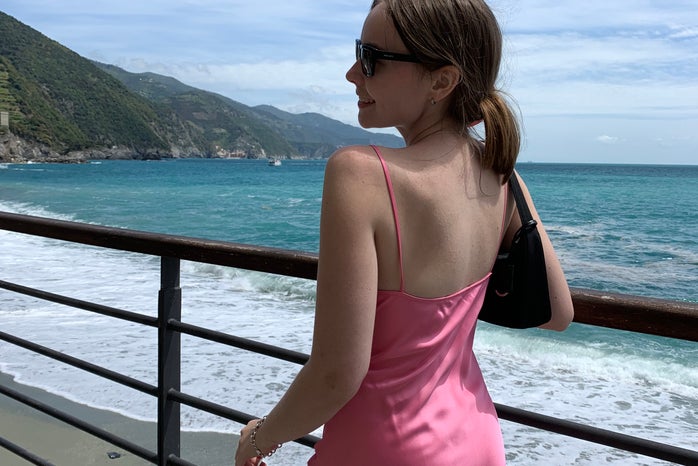 Culture
Who is “That Girl,” and Why Do We All Want To Be Her?
Read more →

Career
Lights, Camera, Be Yourself: What My Summer Internships Taught Me
Read more →

News
Battling the Attack on Our Bodies From States Away
Read more →
Good stuff only!