Why Women Not Wanting Kids Should be Normalized

Most of the time when I tell people that I don’t want kids they look at me like I’m silly. I’m always told that:

For women having children is something that we are expected to do rather than choosing to do. Although I’m sure that men are told that they should want children it’s not as pronounced as it is for women.

But honestly? I don’t want to become a mother. I haven’t wanted to be a mother since I was a young teenager. When people told me that I would change my mind I believed them because I was so unsure about a lot of things in my life back then. But now that I’m an adult and my mind hasn’t shifted I’m sure of it.

Some women aren’t destined to be a mother and I’m sure I’m one of them.

The reason why I don’t want kids is that I love my selfish lifestyle. When I was a kid, my mother told me that when you are a mom your life becomes your kids. It’s such a blessing to have such a devoted mother who did everything and anything to provide for my siblings and me. My mom made it look like it was nothing when I was a child. But, as I grew older I realized that she had to make a lot of sacrifices to make my siblings and me happy.

I don’t want to do that.

Before you say that’s a selfish thing for me to say my kids don’t exist yet. They aren’t real people yet – just figments of people’s imaginations. I don’t owe anything to them…yet. But, when they are born I owe everything to them. Understanding that, I choose to live in a world where I don’t have to think about nurturing someone else before looking out for my own happiness.

This isn’t to say that I want to die alone. I like the idea of creating a family but, it more than likely will involve my spouse and me. Maybe one day when I’m responsible and capable enough I’ll want a pet. But that’s it. That’s the happiness that I want. And someday, I’ll find someone who wants the same thing and respects my choice not to have kids.

Thinking rationally about my future should be normalized as responsible rather than selfish. It should be okay for women to decide that they want different things in their life than just traditional motherhood. 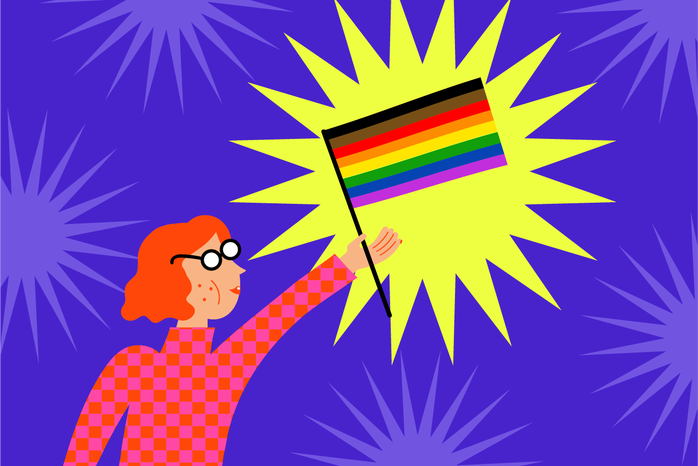