My Personal Ranking of Every Taylor Swift Album

In the music industry, we tend to put artists in boxes, when it comes to their music genres. Harry Styles and Dua Lipa are considered pop artists or listing Phoebe Bridgers as an alternative artist. I like to believe Taylor Swift’s discography as a whole consists of so many distinct subgenres – Not two albums being alike. Aside from our two favorite sister albums, folklore and evermore, of course.

I have decided to rank each album, based on least to most iconic. It truly changes everyday though…

Fresh-faced to the music industry! This was our first time experiencing Taylor’s relatable lyricism and country roots. I believe Taylor was one of the youngest female artists that many of us connected with, even at the young ages of eight or nine years old!. She released music about being a teenager, giving us “Teardrops on My Guitar” and “Our Song“, which have become just a few of her classics. I recognize this album as her introduction to the world. And I cannot wait to hear the re-recording of “Should’ve Said No” in the future!

Lover slander is something I personally cannot tolerate. One of my favorite concepts of this record is how it was made for Taylor to simply be herself – A romantic songwriter! It was not created for commercial success. Though the album features bubblegum pop songs such as “ME!” and “You Need To Calm Down“, I believe the public looked past the meaning of the record, which holds such vulnerability. “Cornelia Street” and “Daylight” are songs that expose us to her doubts and her fear of losing loved ones. Though the era was cut short, we need to appreciate Lover for all she is!

Nostalgic would be the perfect word to describe this album. I would place this as an iconic record. Due to it being the first re-recording that fans will hear from Taylor, as we follow her on her journey to own her music. Every person in the world has hummed to the melody of songs “Love Story” and “You Belong With Me“. The album itself is a tribute to her country roots in 2021. Yet, at the same time was also the very beginning of her way up to stardom in 2008.

Filled with songs that make us feel as if we’re living in fairytales. Speak Now is an album that was created so intricately. Taylor was able to create a magical experience for listeners. Not to mention, the record is vulnerable and entirely self-written at 19 years old. Speak Now carries elements of soft rock, pop, country, and bluegrass. The lyricism of the record is vivid, relatable, and kept fans intrigued throughout the body of work.

An absolutely timeless album! Many of us can remember when “Shake it Off” was released. This was Taylor’s first full-blown and official pop record, as she had described it as being inspired by late 80s pop. 1989 paved the way for artists, exhibiting how one does not have to simply follow current pop music trends to achieve success. Evidently, the success of this album stretched far and wide, winning the Grammy for Album of the Year for 2015.

Being Taylor Swift’s most lyrically intelligent album, the release of evermore was one for the books. Being introduced as folklore’s sister album was a clever way for fans to listen to the album without feeling overwhelmed by a new body of music and illustrative lyricism. Featuring similarities from folklore such as Bon Iver being featured in the title track “evermore” and Aaron Dessner of The National is the main producer of the record. The instrumentals of each song feel comforting, and Taylor’s storytelling, previously concerning folklore becomes more evident. All in all, Taylor Swift is the smartest woman.

Another lyrical masterpiece that I am forever grateful for. Red carries undertones of pop, country, and EDM. The album exhibited Taylor’s maturity as a writer. Tunes such as “Sad Beautiful Tragic” and “All Too Well” painted a picture for listeners from her lyricism. ‘I Knew You Were Trouble’ was also a complete pivot of sound that we had ever heard from Taylor. The album is inspired by the feeling of reminiscence, anger, heartbreak, sorrow – All wrapped into one descriptive color.

Truly being my favorite album by Taylor Swift, this is her most romantic album to date. The record was about Taylor finding her own safe haven and love in a time of poor public perception back in 2016. Not only did Taylor take back such a negative narrative and make it her own, but she showed how there is light at the end of the tunnel. As she tells stories of escaping bad relationships, ditching media narratives, and toxic environments.

Created during extreme isolation and unknowing, folklore has probably been her most iconic album to date. This album consists of so many metaphors and beautiful ballads about trying times. Hearing Taylor Swift release an alternative record, and after years of fans begging her to do so, was most definitely something the world needed in the year 2020. 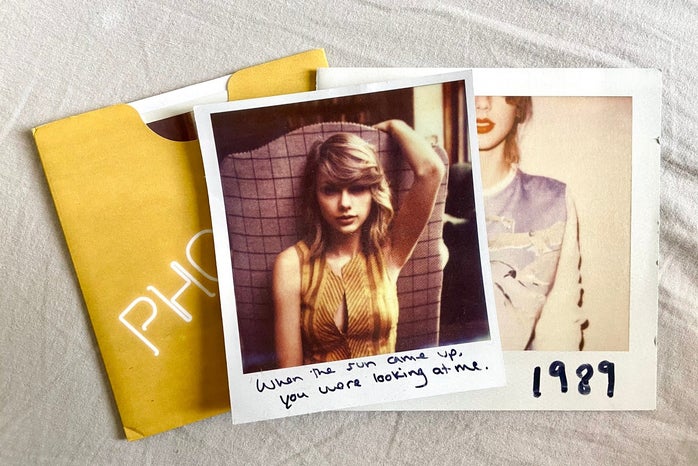