Most freshers turn up in noughth week of Michaelmas with A Levels, inter-railing tales, and a bottle of something to help them make friends; there are very few who have a contract with a record label, too. With this in mind, why did you decide to continue studying, and moreover to study here at Oxford?

Music is a difficult arena to find and perfect your niche in, and so I really wanted to have as great a knowledge as I could of all the music that has come before me. I certainly didn’t want to just do a performance degree at a music college. In one of my interviews they asked me why I wanted to study here if my primary interest was popular music, to which I reiterated my firm belief in the importance of having an overall view of what has happened in music in the past. The Oxford course is perfect for this because it is so incredibly broad, and indeed I think that influences from what I am studying can be heard in my music; the introduction to my new single “Crave” for example is based on 16th century counterpoint – modernised of course.

I did send in a song of mine, “Icarus”, which otherwise has not seen the light of day, as one of my requisite compositions when I applied to Oxford. Although it was based on middle eastern scales, it was the song’s ‘pop’ vibe which proved to be a talking point in the interview. In general though I don’t like to share my music with my superiors, be it at school, university or in a job. However, two of my tutors are going to come to my gig in Christ Church this month which is cool.

You say cool, but isn’t it also more nerve-racking?!

Well yes, one in particular as I know he is so sceptical of popular music, as are many of the Oxford music professors actually…

Is that trend reflected in the other music students here too?

They aren’t sceptical as much, anyone at university is surrounded by pop music, but it’s hard to find people who are really passionate about it like I am, although there are a few. There’s a guy in the year above me at Christ Church who is really into DJing.

How do you find the popular music scene here in Oxford, outside of the faculty then?

My friends and I are big fans of Babylove. They did a fantastic night recently called ‘Countdown’ where they had different DJ’s playing music from the fifties right through to the noughties. Then there are loads of great open-mic nights, particularly in Jericho and Cowley.

Is there a piece of music that reminds you of Oxford, be it college, a club, a memory here?

We were talking about this just yesterday; Tori, my best friend here and star of the “Crave” video, made a playlist for when she came up for interviews, and a song that always reminds me of that time is “Bitten” by Patrick Wolf. There are so many pieces of music that remind me of learning here though: I think that my knowledge of modern classical music was quite limited before I got here, to name just one, perhaps my favourite, is Arvo Part and in particular his “Tabula Rasa”.

If you could bring any musician dead or alive to formal hall, who would it be?

That is such a hard question, and not just because there are so many, but there are such great musicians and composers. For example Gesualdo, a renaissance composer, was so forward thinking, but then when you think about his character, Gesualdo murdered his wife and her lover on the same day, so I don’t think he’d be the perfect formal hall dinner companion… In general though I think it would have been really cool to meet John Cage, Nina Simone and Jeff Buckley.

So what about your own music and character, how do you bring the two together when composing? Your songs are almost cinematic in the way the narrative progresses both lyrically and musically. How do you write?

Everyone writes so differently. For me the idea of a song will come and I’ll get it down in about half an hour, but then I will play around with it for about a year until I am pleased with it, which sounds silly, but it’s the way I have to do it. I always start with the chord progression and then build out the textures; fundamentally, harmony has always been more important to me than melody. The question of narrative though is really interesting and something I’ve been considering more consciously since having shot the “Crave” video as the director asked me to write out a chronology of what happens in the narrative and in the musicality of the song – it was a fascinating and cathartic experience to consider it again. The narrative is so important to me, some people have criticised the very long prelude to “Crave”, but it is the most important part of the song for me, the moment you hear that A on the cello finally there is this light in the ambiguity that has preceded it. Composition is all about these moments of light and dark in a piece.

You mention the “Crave” video – your videos, your image, your style (we are talking to the official Best Dressed Man of the inaugural Christ Church Friday Formal!) all seem to be an extension of your music – how important is all of this to you?

Well I think that my look, although there are some constant quirks, really reflects the song that I am writing or focusing on at the time. My look for “Seize the Water” was very different to the very stripped back, black and white look of “Crave”, which I felt really needed nothing more – much to the consternation of the video’s director. Music videos are so difficult; you don’t want to overcompensate: the light and dark should come through the song itself. The song I am writing at the moment is called “Wild”, and perhaps my hair reflects that at the moment…

Will you ever keep a persona or look for more than one song? For an album maybe?

I don’t know! I certainly cannot see myself ever writing anything but a concept album with a theme running through it, but that won’t be for a long time. I really like working with the small, and definitely don’t feel ready to write an album yet.

Will you carry on marrying your classical and contemporary influences though to merge the genres? Do you think this is a trend which is emerging as a backlash against the X Factor generation and is just in vogue at the moment with the likes of Hey Rosetta, Ben Howard, Arcade Fire et al, or is a new musical tradition being born?

I purposely try to avoid the word ‘crossover’, because I don’t think that I consciously try to mix the two when writing. It goes back to the reason I gave my professors at interview, and you earlier in this interview, that this musical education and knowledge of all that’s come before, is invaluable to an artist. Take Laura Mvula for example, she has a degree in composition from Birmingham University, and it truly shows – her music is incredible. Of course, Bjork and Kate Bush were doing this long before this period of popularity though…

Are we going to hear all of these classical influences, grand cinematic layers in concert though, how much does your recorded and live work differ?

Well just as I feel too immature still as an artist to write an album, I feel too immature to play with a band, or an orchestra as I would love to one day. For the upcoming gig I’m playing at Christ Church, a friend and fellow music student Anna Hughes, will be accompanying me on viola. Even with her I am guilty of listening too much to her playing, but I am sure that’s something that will come with practice.

Come and hear Jake for yourself at 20.30, Thursday 14th November (5th week) at Christ Church Cathedral.

12 Hilarious What Would I Say Generated Status’s
Read more →

Evenings in Oxford: What to wear
Read more → 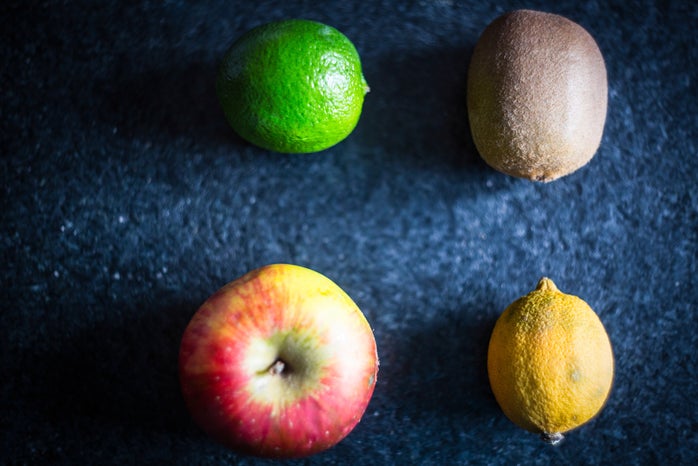 St Hugh’s and Pembroke Lads – Just the Tip of the Iceberg…
Read more →
Good stuff only!