Theatre is NOT a “Dying Art”

It’s an old (and rather silly) saying every thespian has heard before, that theatre is dying, slowly being replaced by our generation’s need for the instantaneous. They say our obsession with screens will eradicate any need for face-to-face communication and erase the market for live entertainment. It’s all senseless drivel.

It’s also one of many ways our elders try to make sweeping generalizations about us - the ‘tech gen’, ‘millennials’, ‘digital natives’, et cetera. They group us into categories, coin a fancy term for us, and then shut us out of the discussion completely. They make us outsiders.

Personally, I find this thoroughly ironic, because what’s the biggest stereotype about theatre kids? You guessed it: we’re all misfits.

By that logic, you could assume that our generation, is arguably the most put-down since ‘the Beatniks’, who would have the largest amount of theatre involvement-- but that’s simply untrue. Because, just like the assertion that theatre is a ‘Dying Art’, or our generational generalizations, the misfit stereotype is simply that.

Theatre is not ‘dying’. In fact, quite the contrary. Theatre was, and will, continue to be one of the most living art forms ever conceived. But unlike other art styles, theatre cannot continue to live without an audience. You could assemble the most talented troupe of actors, a reliable crew, and an imaginative director to put together a smashing success of a production, and it would be nothing-- we would be nothing-- if the house remained empty. Theatre is meant to be shared, meant to be discussed, meant to astonish and amaze. It's meant to bring you in and send you on such an emotional rollercoaster that you’re left dizzy. It’s meant to belong to everyone.

So, sure. Maybe you don’t want (or aren’t ready) to step into the spotlight. Maybe doing it is too much of a commitment. There are thousands of possible reasons, but if you enjoy theatre and aren’t sure where it fits into your life, here are a few little ways you can share in this amazing thing, allowing its heart to beat a little stronger.

For the longest time, I was terrified of going onstage, but I still wanted to be involved, so I became a stagehand. Since then, I’ve conquered that fear, but I’ve also found that I actually enjoy working crew more than acting. Techies are some of the most integral members of the team, and unless you’re the Stage Manager, the time commitment is really not as bad as you’d imagine. The final week of production is aptly called ‘Tech Week’, during which the crew works each night to master the technical aspects of production.

Though rehearsals are often long during tech, time flies, because everything’s a frenzy. Personally, I love the rush of working under pressure, but I also know it’s not for everyone. There are plenty of other ways to get involved.

Putting together a production is a true team effort, one which could not be accomplished without the help of the scenery, costumes, and properties departments. These sectors are often overlooked, but it is their work that sets the stage (very literally) and helps to make the action of the play believable.

However, purchasing these sorts of items can get very expensive, and theatre budgets are notoriously lackluster. These subgroups often have to get crafty (again, literally). If you’re talented in the visual arts, the best way to help out a local theatre group is to offer your help in making props, designing costumes, or building and painting sets. (P.S. - helping with this sort of stuff can count as work-study at Oxford, you just have to talk to the right people!). If you’re like me, though, hopelessly terrible at arts and crafts, there are other options still!

Alright, so maybe the idea of committing yourself to another endeavor that has a rigid schedule makes your head spin. I get it, life is busy. But, fear not! There is a solution for you! Dramaturgy is often defined as an exploration of context-- essentially, it is a research job. Dramaturges are responsible for educating the actors and director on the social, political, and thematic setting of the play in focus, in order to help them get an accurate grasp on the world they’re meant to portray.

Often, in historical or scientific shows, the dramaturge(s) play an incredibly important role by interpreting the text, helping ground the production’s active participants in the reality of what’s going on. If you love scholarly research, this is the job for you. But if that seems boring, I have one last option for you.

Come to a Show (and Spread the Word!)

This is by far the easiest thing you can do to support your local theatre program. It requires roughly two hours of your spare time, and sometimes a minimal fee. All you have to do is plunk yourself in a chair, sit back, and relax. And, when it’s over, if you enjoyed it, tell everyone you know! Like I said before, without an audience, there would be no point in pouring all the labor that we do into our work. In the end, there’s only so much fun we can find in doing it for ourselves. We do it because we love it, and we want nothing more than to share it with you!

Kailey Graziotto is a Second-Year Student at Oxford College of Emory University. She has been writing creatively and involving herself in various theatre programs since tenth grade. She is passionate about what she does, and looks forward to serving this year as one of HCOX's Campus Correspondents!
Similar Reads👯‍♀️ 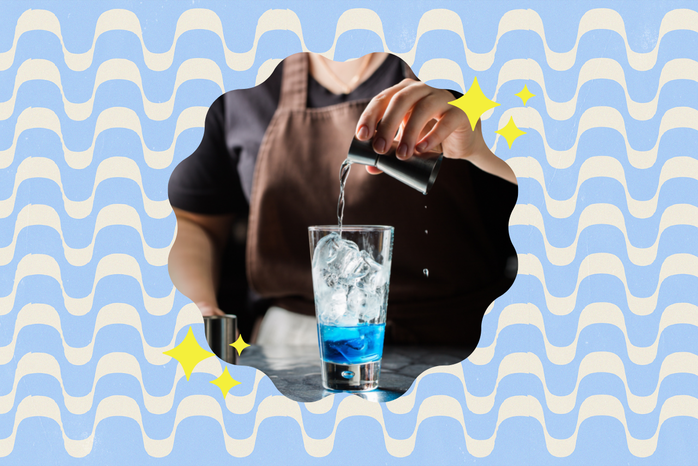 Her20s
10 Halloween Cocktails For All Levels Of Mixologists
Read more →