Advice on Getting Through a “Slow Burn Breakup”

“When did you and your partner break up?” When asked this, I never have a definitive answer. It’s difficult to answer since the breakup felt like a process that spanned over months until one day we were done.

As we all know, no relationship is the same, and as a result, no breakup is the same either.

My “slow burn breakup” was definitely a result of fear. The thought of what life might look like without one another was frightening because it was something we never considered before. Due to this anxiety, we dragged out the relationship for a long time, which left us in a gray area of confusion and frustration.

Being long-distance also forced all our conversing, and consequentially, our breaking up, to happen over the phone.

It slowly became too much for me; there was so much uncertainty about the future and so much disagreement about the boundaries we set. I could feel myself growing more heartbroken with each passing day. The separation consumed me, constantly on my mind while I tried to navigate everything else I had going on in life.

After the breakup that felt like an eternity, I finally took off my rose-colored glasses and I’m able to see the flaws in how we handled things. I can now turn my mistakes into lessons for anyone else going through a similar breakup.

Be honest with yourself

The most important thing that someone in this position can do is to be honest with themselves. My biggest mistake was suppressing my emotions, trying to force things to change when they weren’t going to.

Be honest with yourself and your ex-partner, and recognize the signals your body is sending you. I wish I had the strength to say what was on my mind all the time, but I never knew how my partner at the time would receive it, so I hid my emotions behind an optimistic outlook. Doing this definitely caused things to feel strung out, and I carried that guilt with me for a while.

It’s crucial to recognize the signs you are sent, even when you don’t want to. If you have a gut feeling, if someone close to you brings something to your attention or if you start to have any doubts, acknowledge those things. I spent so much time in denial, desperate to prove my instincts about the fate of our relationship to be wrong. The breakup would be much less painful if I recognized the signs I received and acted on them rather than ignoring them.

Rip The Bandaid Off When You’re Ready

What I anticipated to be the hardest part of this process was actually the easiest; ripping off the bandaid. I dreaded it more than anything. I dreaded the conversation, the tears and hanging up the phone for one final time. I didn’t see myself recovering from this.

But I did it, and I recovered. I healed and finally turned this hardship into a lesson. Relationships are a complex thing, and there is no right or wrong way to handle the end of them.

Put Yourself and Your Happiness First

Ultimately, above everything else, put yourself and your happiness first. Those around me gave me a lot of slack about my handling of the breakup. I felt immense pressure, especially from my ex.

But, I handled it in the best way I could.

While I am a huge advocate for taking advice, I believe that when you know what you want, you should take action and work on that to prioritize yourself and your happiness.

Hi! I'm Lizzie and I am a second-year English Education student at the Ohio State University.
Similar Reads👯‍♀️ 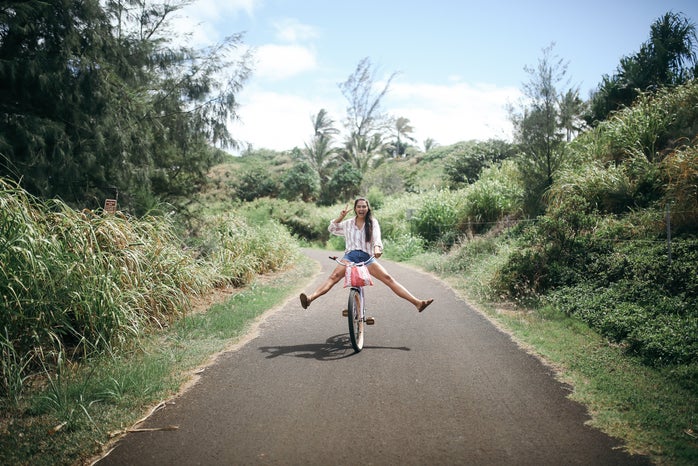