The Return and Rise of YikYak

As many people know, the app known as YikYak has made a come back after not being widely used since its original release in 2013. Recently YikYak has started booming again, especially with the college-age crowd.

To update anyone who is unfamiliar with YikYak, here is the basic rundown of how it works. The app is a place where anyone can post something within 200 characters and it is completely anonymous. The only identifier is your emoji and background color when you comment on someone’s post. Everyone has the ability to upvote or downvote a post or comment. Every upvote you receive on your post adds to your score of “yakarma.” If your post receives 5 downvotes, it gets permanently removed. Another important feature of YikYak is that you can only see posts made within a 5 mile radius of where you are.

While I wasn’t a part of YikYak back in 2013, I did join this past year and I am not gonna lie, I was worried about this app. I thought it would be a place for toxicity, bullying, and worse. I thought people would fill it with hate and say hurtful things towards others. The actual outcome of what people post on YikYak is quite the opposite. While it’s not impossible for a rude comment or something toxic being posted, it usually doesn’t last long with the downvote removal policy. There is quite the community on YikYak. As mentioned before the post you can see and interact with are all within a 5 mile radius, this has led to different communities, also known as herds, being identified by the college that is in the area (i.e. NCSU YikYak, USC YikYak, etc.) Many students have traveled to other zones where they have been able to see how different each community can be. I personally see lots of yaks made on sundays where people post about how they missed their YikYak because of how much they feel at home there compared to the outsider feeling they get when they are somewhere else.

While I am terribly biased, I am a huge fan of NCSU YikYak. For this reason I have included a few examples of some yaks of opinions from people on yikyak on why they like it! Take a look below. 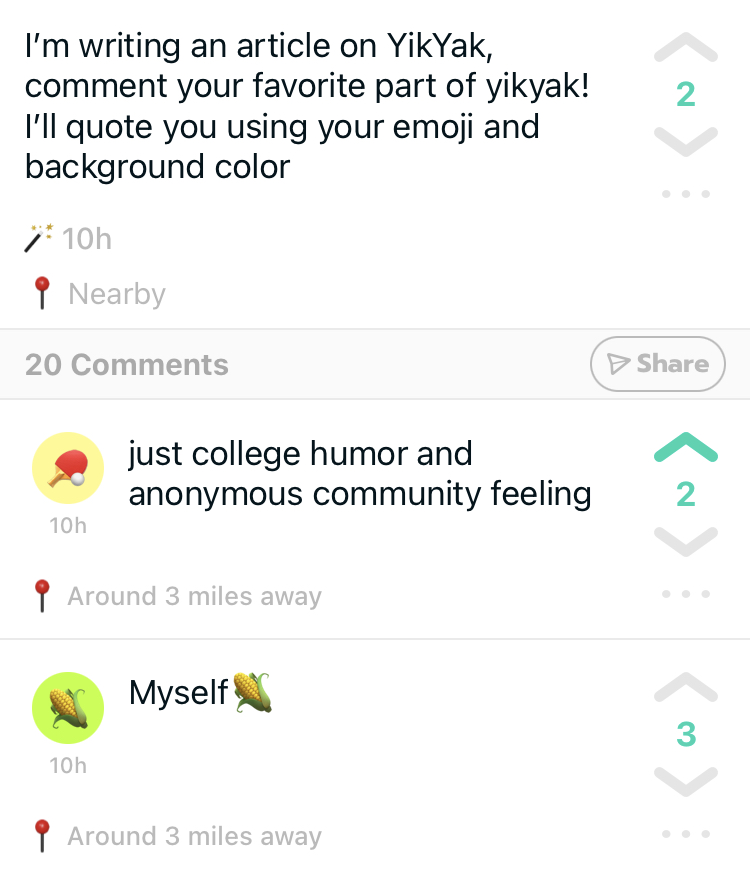 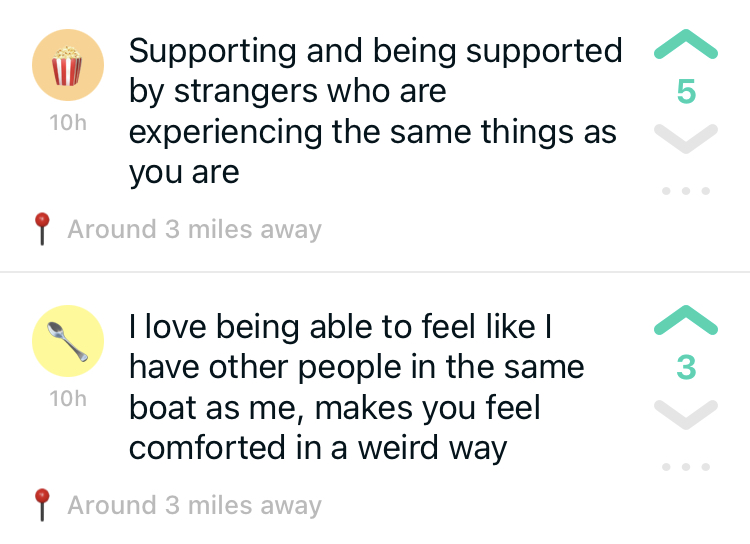 As you can see, many people find a community through YikYak and can express themselves without fear of being judged. The anonymous factor makes being truly you easier. Makes me wonder if the validation people receive from this app allows people to have more confidence in real life.  This app has also led to a few in person meet ups, I’ve seen stories of people going on a lunch date, having a dog meet up, as well as people making friends by posting their snapchats and connecting through that. (While I don’t recommend meeting random strangers from the internet, if you choose to do so, please take safety precautions i.e. don’t go alone, don’t go at night, let someone know where you are going, and meet in a public place first)

Overall, if you haven’t joined the community that is YikYak, I highly recommend it and try it out. Be yourself and have fun!

Hey! I’m Sarah. I am currently a Senior in Animal Science. Fun fact about me, I am in the Marching Band here at NC State and I play the piccolo. I joined HerCampus to explore another side of myself and hopefully better my writing skills.
Similar Reads👯‍♀️

Experiences
Confidence is the Hottest Thing Any Woman Can Rock
Read more →
Good stuff only!