DVF Gives Advice and Spills Her Secret to Life

Diane von Furstenberg founded her brand DVF in 1972 and was known for her iconic silk-jersey wrap dress; since then, it has become a global sensation and a recognized luxury fashion brand.

“I would like to be remembered in fashion history as having created a dress that makes women feel good about themselves because the way I design and the way I teach my team to design is: the woman first, fashion after” – DVF.

The iconic wrap dress was a symbol of power and independence, and she mentioned that she designs and dresses for “the woman in charge.”

“I made the wrap dress, but the wrap dress made me. It was a simple little dress, but when a woman puts it on, something magical happens. It’s in her body language. I just know how to push the right buttons to make a woman [feel] confident.” – DVF

Diane von Furstenberg is not only a fashion designer, author, philanthropist, and entrepreneur, but she’s also an advocate, starting the #InCharge movement. This movement began to gain attention, and because of that, she was asked to write a book that gave advice about being in charge.

As empowering as her dresses are to so many women, so are her words of wisdom she has to share, and you’ll probably catch many people quoting her.

On March 24th, I attended a press conference with Diane von Furstenberg about her new book release “Own It: The Secret to Life,” where she shares her guide and manifesto for personal and professional growth.

If you missed the press conference, don’t worry! Here are 12 pieces of advice I took away from it.

“We all have a magic wand”

What does she mean by magic wand? DVF said, “It means that if we pay attention to others or we pay attention to details, we can change people’s lives.” So the more you use your “magic wand,” the more powerful the “magic wand” becomes. When you do good things, it will almost always come back to us like karma; when you put good energy into the universe, that good energy will come back to you.

“The most important relationship is the one we have with ourselves”

Like all the other relationships you have, whether they be friends, family or a romantic partner, you go through many ups and downs, and it takes a lot of time and work. But many forget to realize the relationship you have with yourself is just as crucial, if anything more important.

“Once we have that [a relationship with ourselves], any other relationship is a plus and not a must,” DVF says.

This made me realize that you have to work through many inner/personal conflicts and work towards self-discovery and personal growth. Once you’ve come to terms with yourself, everything in life becomes much easier. Being true to yourself, owning who you are, trusting your own instincts, being confident in who you are will all help you form your other relationships as you know what you’re looking for.

Practicing gratitude is much easier said than done. When we take a step back and appreciate all the good things around us, we see happiness.

DVF had an insightful conversation with Deepak Chopra about gratitude, where he talked about his social experiment, “He told me that they did an experiment on people who are sick and the people who practiced gratitude healed much faster.”

Once you look for a tiny bit of light, that’s just enough to build upon it. Maybe you’re grateful for someone in your life or the feeling of calmness when you take the first sip of your coffee for the day. There are so many things to be grateful for, and DVF suggests, “We should try to wake up in the morning and say thank you before anything else,” and I couldn’t have agreed more.

Growing up, DVF didn’t know what her vocation was, but she knew the kind of woman she wanted to become…a woman in charge.

Her brand DVF was founded in the ’70s; as a businesswoman and a woman in fashion, it was challenging for her to rise through gender equality. With her success, she broke these stereotypes and became the woman she is today.

As a student, you see people around you working towards their vocation, and everyone just seems to have a “plan” they follow.

“When you start to live, you either have a very, very strong vocation, or you don’t,” says DVF.

I have stressed a lot about my vocation, and after hearing DVF’s story, it made me realize that it’s okay if I don’t have a vocation (the timing has never been better for me to hear this). Feeling very similar to DVF, I know who I want to become, and that itself can be enough of a “vocation” for wherever I’ll end up.

No matter if you have a vocation to work towards or not, you have so many doors that will open for you, and you must choose a door. The door you may choose may not be your ideal door, and you’ll just have to go with the flow, experiment, follow your heart and be open to trying new things because when you experience many things, it can help you discover and learn more about the person you want to be. In the words of DVF, “you just have to go inside the adventure of your life and [just] try it.”

“What does it mean to be in charge? It’s absolutely not a[n] aggressive statement.”

DVF busts the myth that being in charge doesn’t mean being a know-it-all omnipotent, acting tough and only talking about the big game plan ahead of them. Being in charge is a commitment we make to ourselves and truly owning who we are.

DVF stated, “When you own your imperfections, they become our assets, and when we own our vulnerability, it becomes our strength.”

She didn’t want people to feel that being “in charge” meant to be aggressive. Owning it is about the relationship you have with yourself, and that is where you find your strength and core when it comes to being in charge.

“If you doubt your power, you give power to your doubts”

Furstenberg kept it honest and said, “Some days I wake up and feel like a loser [just] like everybody else.” She has bad days herself, and to keep her motivated during her bad days, she told everyone that she goes to a mirror and repeats to herself, “if you doubt your power, you give power to your doubts.”

Self-confidence plays a role in almost every part of our lives. Our confidence controls who we are, how present we are in the moment, and how we navigate our lives through ups and downs. From time to time, we all have that little voice in our heads that reinforces negative beliefs and undermines our confidence. If we let this little voice control us, it can limit us from reaching our full potential.

Women in leadership positions often feel that they should act very rationally and not expose their vulnerable side to be respected. When DVF was asked if she was ever scared to share her vulnerable side, she said growing up, she did; but later in life, she learned her manifesto to be true to herself and just own who she is.

DVF shared that growing up, she would act very tough and barely smiled because she wanted people to take her seriously and didn’t want to be vulnerable. Later in life, she realized that being vulnerable and showing imperfections can be very appealing. But she also mentioned that being vulnerable doesn’t prevent you from being forceful; it’s about finding the right balance.

“In the midst of all of this forcefulness, you should talk about your challenges,” says DVF.

She’s not wrong; however successful you become, people are always more interested in your failures and challenges that led you to your current success. This way, people are more inspired by your actions rather than your results.

“I used to lie about my age by adding years”

“First of all, I didn’t even like to be a girl. I wanted to be a sophisticated woman, so I used to lie about my age by adding years,” said DVF.

We all usually find the adults around us to lie about their age to give off an impression of being young. But why are adults so embarrassed about their age? Isn’t it a good thing?

Your age signifies the layers of memories and experiences of a full life. We have to shift this narrative from “ageing” to calling it living because it exemplifies that you have evolved and grown as a person.

“Procrastination and incubation is very much a part of creativity”

“Be the first to arrive and the last to leave”

DVF’s advice to young people is to take all the opportunities that come your way. In her words, “push the doors and get in,” whether that be getting an internship, or continuing your education or starting up or own business, whatever it may be. But when you “push the doors,” you have to make sure to be the first to arrive and the last to leave if you want to be noticed.

The secret you’ve all been waiting for…. Diane’s secret to life is just to own it! If there’s one piece of advice DVF wants you to take, it is to own it!

Diane von Furstenberg clarifies that in her book, “Own It: The Secret to Life,” as well as her podcast and in her recent press conference.

Owning it is about accepting reality and dealing with the truth. You must own all the negative things you may be dealing with. Once you learn how to own and accept what’s going on, it’s only then you can really move forward and learn from the past, which can lead you down a better path. If you were to dwell in your sorrows constantly, it wouldn’t get you anywhere, and you’ll be stuck in the same place as you were before.

Suruthi is a second year student at McMaster University pursuing a major in Commerce. As a true Sagittarius, you can find her in her element, exploring the great outdoors! And if you ever cross paths with her, she'll most likely be holding a cup of coffee and catch her humming whatever song is stuck in her head.
Similar Reads👯‍♀️

Wellness
You Made It to the End, Give Yourself Some Credit
Read more → 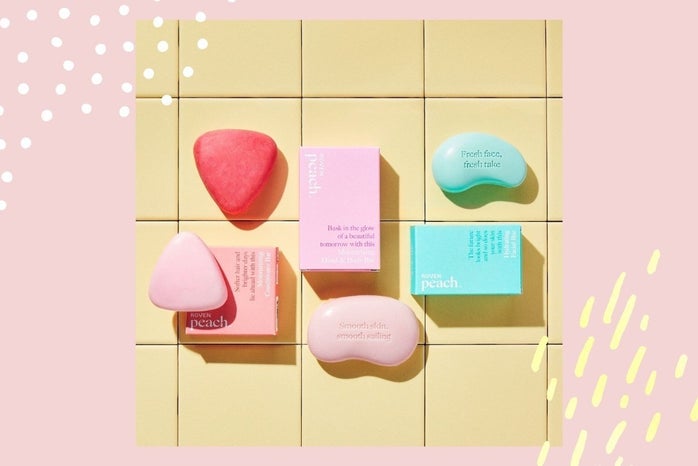 Life
Is Manifestation Actually Real? How to Find Out and Try It Out for Yourself
Read more →
Good stuff only!