Netflix’s Sierra Burgess Is a Loser: Positive or Problematic?

You thought you were in love with Noah Centineo before; think again. Netflix has released its latest and greatest teen romcom and the internet can’t quite keep it together. Sierra Burgess Is a Loser has taken the spotlight and what was supposedly intended to be a body positive movie, has been receiving mostly negative reviews and feedback.

If you didn’t see it at the top, this article is going to contain spoilers so if you want to click away, go watch it, and then come back to me; feel free. However, with the new craze over Noah Centineo, I find it hard to believe you haven't already seen it.

In Sierra Burgess Is a Loser, Noah Centineo plays the sweet, charming, wholesome quarterback who is just a nervous teen falling in love. However, Noah’s character Jamey, doesn’t know who he is falling in love with. While Jamey thinks he has been talking to Veronica, the skinny cheerleader with big beautiful blues, he is in fact talking to Sierra Burgess, the plus sized poet, from the marching band.

As a writer, I would like to say that there is absolutely nothing wrong with being plus size. Skinny does NOT equate to beauty. There’s nothing wrong with red hair and freckles. Lastly, just because you are in band does not mean boys will not like you or you should be insecure. This movie just likes to play on stereotypes to make a point, which along the way they misportrayed.

In the movie, Sierra falls for Jamey by pretending to be Veronica, and in exchange she helped veronica by tutoring. Along the way, they do a lot of questionable things and the internet just can't handle it. After a date with Veronica, Jamey leans in for a kiss, with his eyes closed, meanwhile, Veronica and Sierra switch places so Sierra gets the kiss. Some of the audiences are FREAKING OUT, claiming that it is a degree of sexual assault and how it was NOT cool letting him think he was kissing someone else was. Those tweets are just a raindrop in puddle of backlash for the entire catfishing scandal and how it should NOT be romanticized. In almost every catfish case there isn't a happy ending and people get their heart broken.

Not only is poor Noah's character gets treated in this movie, there are a lot of problems concerning how Veronica and Sierra interact with each other in the movie. In the beginning, Veronica is the head bully who targets Sierra in every way, and Sierra doesn’t care. While the movie takes a different direction on how they handle bullying, people seem to be angered by how they didn’t portray the affects of bullying and how it is not as simple as not caring and moving on.

Throughout the movie many characters say/display many behaviors such as, homophobic “jokes” and slurs, persistent fat shaming, and downright being disrespectful to the deaf community, it’s no surprise the LGBTQ, plus size, and deaf communities are all bringing on the heat for Sierra Burgess.

Veronica’s mother makes plenty of comments about veronica needing to be out meeting boys and not hanging with Sierra because that might mean that she is a lesbian. They also make trans jokes in the beginning and hermaphrodite jokes in the middle and plenty more “or whatever you're into”’s throughout the movie.

Not only does Veronica’s mom make homophobic comments, but every time she speaks, she talks about putting on weight, being overweight, or not being able to lose weight. Veronica’s mother makes it seem as if the only important thing in life is how much you weigh and that the only possible way to live a fun and meaningful life is to live it skinny. This movie was intended to be body positive but failed miserably to do so.

We also can't ignore what Sierra says, or in this case, doesn’t say. In an attempt to meet Jamey in person, her friend pulls her over to him in a park. To avoid him recognizing her voice, she pretends to be deaf. That’s right PRETENDS to be DEAF. It’s a slap to the face to the to the deaf community. Some of the deaf community have been saying this movie mocks them and are casting deaf actors just to make jokes out of them. Nyle DiMarco, a deaf activist, even called them out.

Was Sierra Burgess Is a Loser positive or problematic? 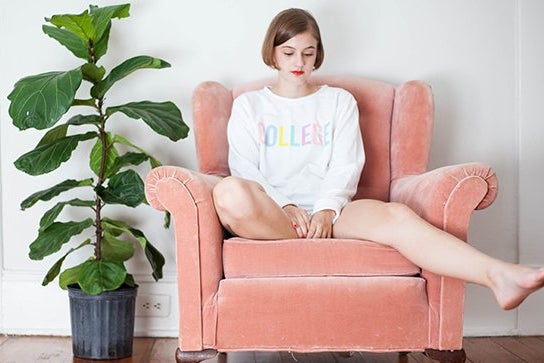 Wellness
5 ways to implement some self-care every week
Read more →
Good stuff only!