Why You Should Consider Rewatching Begin Again

Originally to be titled “Can A Song Save your life”, John Carney’s “Begin Again” breathes a new breath into the age-old genre of romance and drama. It’s a twisted love story like none other. But however good it is, why recommend it now? Seven years after its release? Because our views of love and relationships seem to be ever-changing and as most of us take a dive into college life, where ideas of love and relationship become even more confusing, this movie is a refreshing watch and gives a fresh perspective on love and relationships. Here are a few reasons why you should consider watching it:

Redoing of The Brilliant “Once”
“Begin Again” is the redoing of John’s highly acclaimed and award-winning movie, “Once” with bigger stars and a richer budget. “Once”, described by many as a once in a lifetime movie, was the first time Carney broke onto the scene and wowed everyone with the wee Dublin-fairy tale. With an extremely well known and highly likeable cast, with the perfect city in the backdrop- New York – “Begin Again” hits all the right spots and will make you feel waves of heartache, humour and romance.

Non-Cliché plot
Mark Ruffalo plays Dan, a washed-up record producer, whose partner Saul (Mos Def) kicked him out of his own company, his wife (Catherine Moss) left him and his daughter (Hailee Steinfeld) couldn’t care less about him. One night while stumbling from one bar to another, Dan comes across the British singer-songwriter Greta (Keira Knightley), whose hesitant guitar playing and awkward singing is making the audience yawn. But the lyrics, born out of a failed love affair, speak directly to Dan. If for any other director than Carney, this movie would have had a predictable finish. Dan would make Greta a star and they would fall in love. A perfect ending to a perfect love story. But instead, we watch as the odd couple embark on a series of odd pavements and rooftops recording Greta’s album in the natural sounds of New York City, trying but failing to get rid of the old remnants of their past lives. Dan left behind a good marriage and Greta was left to fend for herself in a big city, alien to her, by her boyfriend of five years (Adam Levine).

Brilliant Use of Music
For a film that glorifies music’s powers as an art form, the movie surely delivers a brilliant soundtrack. Most of its 16 tracks are sung by Keira Knightly and Adam Levine, but what’s really fascinating about it is the use of live instruments. The studio manufactured beats that have become a mainstay in music these days, are rarely present in the movie. The movie’s most popular song, “Lost Stars”, performed by the amazing Adam Levine is a brilliant example of this. The movie also features Kiera Knightley’s singing debut and with soundtracks like “Tell Me If You Wanna Go Home”, “Like A Fool”, “A Step You Can’t Take Back” she takes your breath away and keeps you asking for more.

Fresh Perspective on romance
Carney’s portrayal of romance leaves you frustrated as the filmmaker keeps the sexual combustibility on simmer and never really turns the heat on, much like Sofia Coppola in Lost in Translation. However, the movie does not disappoint. It’s one of those rare movies which uses music to define love without sentimentalizing it. Ruffalo and Knightley forge an intimacy you can never pin down. On a bench with earbuds in and lost in the world of music, they create an imagery that will start in your heart for a long time. Like any movie driven by music, this too leaves you humming in the end. Whether it’s Adam Levine’s voice or Mark Ruffalo’s awe-inspiring performance, it is all worth it in the end. 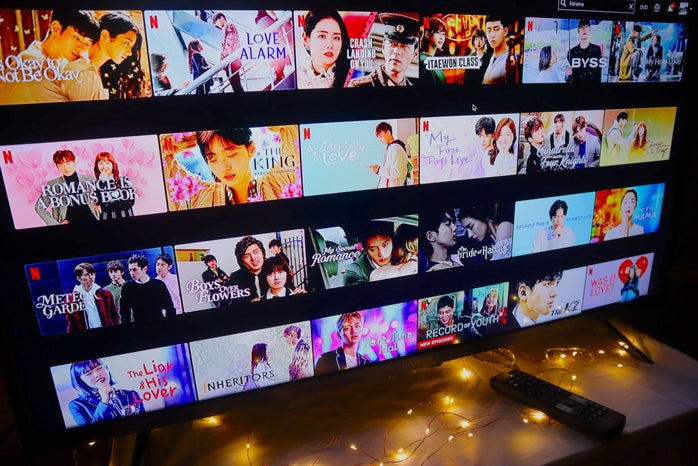