Multiple times in my life I’ve been asked the following question by a man: “Do you really feel that oppressed as a woman?” My response every time is with frustration. How do you explain to someone what it’s like to walk in your shoes? The question itself is a sign of the deeply ingrained patriarchal society that we live in. In case you were wondering, the answer is a resounding YES. To analyze this question though, we must first break down the logic behind it. Women can vote, work, drive… what is the problem? The huge problem that women face daily is not these things, despite the fact women before us have already fought for these fundamental human rights. The issue, and the answer to this question, lies with the daily sexist behaviors that are so normalized within our society.

The important thing to remember here is oppression takes on many forms and in many varying degrees. As a white female who has grown up privileged, my experience is not the same as other women. Women of color, gay women and transgender women all face even greater levels of oppression and stereotyping. However, in recognition of Women’s History Month, I wanted to discuss the overarching problems that all women face. These subtle oppressions lie in the form of micro aggressions, which by definition are the everyday verbal, nonverbal and environmental slights, snubs or insults, whether intentional or unintentional, which communicate hostile, derogatory or negative messages to target persons based solely upon their marginalized group membership. Next time you’re struggling to put into words an answer to a question like this, refer to the following list. More than that, here are some ways to counter them when you find yourself facing them.

Women are expected to move for men.

This issue, which I’ve learned, is referred to as “manslamming.” This is something I have recently become conscious of. This is the concept when men are walking down the street, through a hallway or in any public space, and they expect women to move out of the way for them. This can be seen in women being forced to step off of a sidewalk in order to avoid being run into or even stopping completely and having to wait for a man to pass to be able to continue her path. Studies have been conducted to test this idea in which women consciously did not move out of the way for men throughout one whole day. The results were both shocking and somewhat hilarious in showing that women will simply run straight into men if they do not move out of the way for them!

Don’t do it! Walk tall with confidence and pride and make your presence powerful. Make eye contact with those walking towards you and stand your ground. Now obviously being rude is not the goal here, and you should always be politely aware of your surroundings. However, if you see a male who is rudely expecting you to move out of his way, stand strong and challenge his preconceived expectations.

Women are held to “lady-like” expectations.

One of my pet peeves is being told swearing or other similar actions are not “lady like.” Seriously, who cares?  This is a prime example of different standards men and women are held to, and it is extremely unfair. My job is not to be a lady and conform to what society thinks I should be. My job in society is to be myself and express myself however I see fit.

Don’t change for anyone. If your male peer can casually swear like a sailor (when appropriate), so can you.

We’re asked, “Is it that time of the month?”

Asking a woman this is a good way to make her 10 times more mad than she already was. This question is so demeaning at its core and completely invalidates a woman’s feelings. Women are constantly accused of being over dramatic or hormonal, even when there is a perfectly good reason for her to be upset. This stereotype is saying there is only one explanation for her to be angry, and it deflects all blame from the man.

Stand up for yourself! Firmly tell the man he’s wrong, and his comment is rude. Explain why you are upset, and never let them invalidate your feelings or make you feel like you are not allowed to express your legitimate sadness or anger.

Something men do that they may not even realize is make comments that slut shame women. Women are, yet again, held to very different standards than men are when it comes to sex. Women who have had many sex partners will be called derogatory names, yet men are congratulated for sleeping around. Even if girls are not sexually promiscuous, they can be judged based solely on their appearance if they are dressed in “revealing” clothing.

Speak up for your fellow girls if you hear them being slut shamed. If a guy is making comments about some girl walking by, you have the power to stop them. Make the boys around you aware of what they are doing and that you won’t tolerate putting other women down.

These are only a few examples of sexist behaviors that often affect women. There are many more things we have to deal with on a daily basis, but they are preventable if we start the conversation. Women have come a long way throughout history, but we still have ways to go in order to reach true equality of the sexes. Spreading awareness and having open conversations is the first way to educate others about ingrained sexism and working to counter it as a society. This Women’s History Month, make sure to stand with your fellow women and speak up for one another.

Dana is the current Editor in Chief of Her Campus Kent State. She is a Senior at Kent State University majoring is Fashion Merchandising with a minor in Sustainability. She is from Chicago, IL and a member of the Honors College at Kent State. She loves journaling, playing guitar, spending time with friends, and exploring local coffee shops. Dana hopes to pursue a career in sustainable fashion after graduation, working in product development or sourcing.
Similar Reads👯‍♀️ 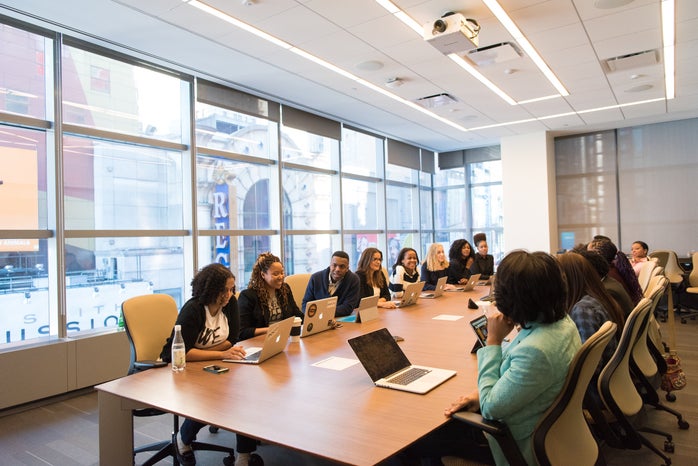 Culture
Trying to Get Christmas to Feel Like it Used To
Read more →
Good stuff only!