The Fab 5 (minus Karamo Brown) from the Netflix Show ‘Queer Eye,’ visited Washington DC and seriously rocked the house. The guys were visiting to attend an event at the Library of Congress celebrating LGBTQ youth empowerment and to advocate for the purposed equality act. The Equality Act would block discrimination based on gender identity, sex and sexual orientation by expanding the 1964 Civil Rights Act. Antoni Porowski, Bobby Berk, Jonathon Van Ness and Tan France were seen walking the halls of the Capitol Building with Representative Alexandria Ocasio-Cortez all decked out and looking fabulous as usual. “There is currently no legal protection at the federal level for LGBTQ people in the United States. Learn about & Pass the #equalityact.” Jonathon captioned his Instagram photo of him slaying in front of the Washington Monument.

Although she was their tour guide, Alexandria didn’t get the band of boys all to herself. The ‘Queer Eye’ cast met with many lawmakers as they strutted their stuff through Capitol Hill.  They also met with House Majority Leader Steny Hoyer, D-Maryland, Rep. Pramila Jayapal, a Washington state Democrat, and Democratic Rep. Judy Chu of California. Nancy Pelosi even took time out of her busy schedule to welcome them. Tan took a selfie with Alexandria and Nancy and captioned it “THE FUTURE IS FEMALE.”

These boys know more than just life makeovers and house remodeling. They are in tune with the media and government discussion. Just look at the never-ending tweets Jonathon has posted about equal rights, politics around the world, who needs help in our country, and saving himself and his self-proclaimed brothers from discrimination. He has been proud to unapologetically be himself and stand with those who are also fighting the good fight for equal rights. With pictures of him, his boys and a few Congresswomen, he tweeted, "We have the most diverse American congress ever, I'm lifted up in seeing that a United States that values Equality & protection for all is currently fighting for that. We're making it rain pantsuits & equality in 2020."

Jonathon isn’t the only ‘Queer Eye’ member to have a passion for standing up for what is right. Antoni reposted a video from Rep. Pramila Jayapal’s Instagram account. The video shows the civil rights activist sharing her story of her child being discriminated for their sexuality by people who don’t even consider anything about a person but a choice of clothing or haircut. "When you can personalize something you are having trouble understanding the importance of fighting for, it's a big step forward. #EqualityAct," Antoni posted.

Leave it to the cast of ‘Queer Eye’ to make a mark on this nation’s capital in such a positive and productive way. No shame. No hate. No fighting. Just understanding and acceptance. Their visit was filled with selfies, laughs, and justice. They are making over America one stride at a time.

Hey there! I'm Mimi McNulty. I'm 22 years old and I am a Public Relations major at Illinois State University. Writing has always been a passion of mine and I want to turn the world upside down by telling it like it is. If I were to give a TED Talk it would be about how to sustain a wild heart. Please keep reading my pieces to receive your daily dose of hilarity, security and as much knowledge that I have to share! I'm here to say we've all been there. Shine Bright
Similar Reads👯‍♀️ 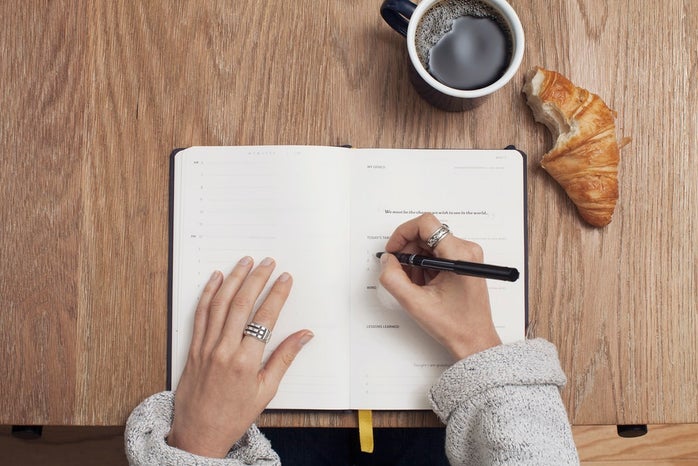 Mental Health
Learning to Embrace How I am Feeling: Finding Comfort in Quietness
Read more →

Experiences
Ways to Get Involved on Campus This Fall
Read more →
Good stuff only!