Do you have that one musical artist you find yourself listening to over and over? Or perhaps one song that is on all your playlists, constantly on repeat? For me that artist is Luke Combs and I find myself listening to way too many of his songs on repeat.

People tend to love or hate country music, usually with little room in between. I used to be someone who did not care much for country music, but now I love it. If you consider yourself an avid music listener, it is important to listen to all genres. Learning about the people you are listening to is equally significant, especially if you choose to support and advocate for them.

Luke Combs is a multi-platinum, award winning country music star. The first time I heard his music was when he played as an opener band in 2018. I have learned a great deal about him since, and recently wrote an informative speech about his career for my communications class. From winning iHeartRadio Music Awards, CMAs, CMTs, and Billboard Music Awards to being nominated for a Grammy, he has a bright future ahead of him in the country music industry. Throughout my research and personal experiences, I have found one thing that sets him apart from other musicians: his authenticity.

Here is a little personal experience I would like to share. In the fall of 2019, I attended a Luke Combs concert. I lucked out picking seats and ended up right near the stage. The concert was unbelievable, and one of the coolest experiences of my life. My boyfriend and I are big fans of Luke Combs and it was awesome we were able to experience this together.

At a concert, musicians tend to take a few minutes in between songs to talk to the audience, typically explaining the meaning behind each song. At this concert, Luke took several minutes to acknowledge the fact that people spent their hard earned money to come see performers like himself. He thanked his audience and wished that tickets could have been cheaper. This small gesture to me demonstrated how Luke is a genuine person, loves what he does, and appreciates his fans tremendously. Another thing I noticed is he always wears a tee shirt and jeans at his concert (nothing extravagant). One of his songs, also his most recent album name, “What You See Is What You Get” does a perfect job of explaining who he is and what he stands for. I highly recommend giving it a listen as it captivates the message he is trying to get across.

His debut album This One’s for You is one of my favorites. His songs have an authenticity to them that I find refreshing in the music industry. His most recent song “Six Feet Apart” talks about the circumstances in the world during the time of quarantine. Luke will have new releases coming out in October so be on the lookout for those. You may have heard a few of his songs here and there on the radio but give one of his songs a listen, even if you are not a big country music fan. You may be pleasantly surprised and find yourself listening to his songs on repeat just like me.

Hi! My name is Lynn, and I am so grateful to be part of the Her Campus team! I enjoy writing articles about lifestyle, mental health, education, and wellness!
Similar Reads👯‍♀️ 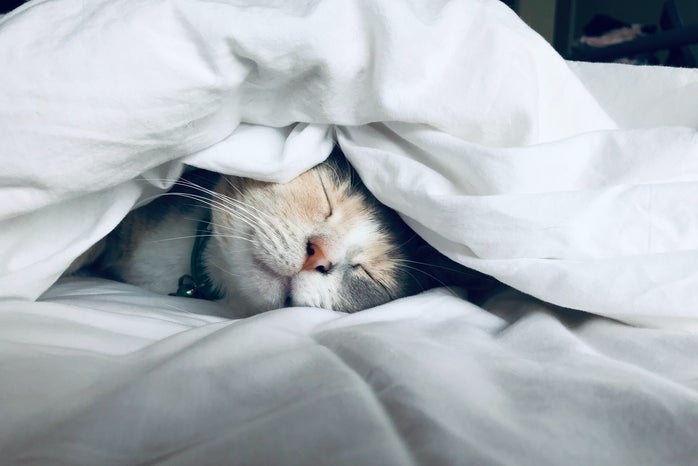 Experiences
My experience living with a non-human roommate
Read more →
Good stuff only!