September is here, and if you’re new in Finland you might have already noticed a peculiar spectacle among the locals—entire families flocking to nearby forests, basket in hand, and eyes glued to the ground. Finns have historically been avid foragers, and for good reason; throughout the summer and autumn months, the country’s forests offer a true cornucopia of mushrooms, berries, and herbs. Today, still, foraging is a well-loved hobby among many Finns—and so it makes for an ideal way for a newbie to connect to Finnish culture. So put on your gumboots and get your basket ready, because in this foreigner’s guide to help you get started, I’ll be telling you about five things worth keeping an eye out for when you first head out foraging!

The staple of Finnish foraging is, without a doubt, the chanterelle mushroom. They are well-loved for their peppery taste and meaty texture, and they have a relatively long growing season, spanning across the summer months and well into October. Chanterelles have quite a distinct look to them, making them a good choice for beginner foragers: they’re bright yellow, shaped like a trumpet, and they have forked folds around the cap. Sometimes referred to as the gold of the woods, they are hard to find but easily spotted—that is, their bright yellow colour makes them stand out among the forest green. Their distinct look also means that picking chanterelles is less of a risky endeavour than picking other mushrooms; their only look-alikes are false chanterelles or valevahverot –they aren’t deadly, but they’re certainly not edible. You can avoid them by making sure that the mushroom you picked is wavy with forked folds, which distinguishes the chanterelle from its not-so-tasty cousin.

Most Finns know a couple of good spots for chanterelle-picking spots—however, no self-respecting Finn would ever give up their secret spots, so you’ll most likely be on your own when it comes to finding these! I recommend going out to mixed forests (that is, forests consisting of both coniferous and broad-leaved trees) a week or so after heavy rainfall. Chanterelles often grow near trees in mossy, humid areas, and you’ll want to get off the beaten path; chances are someone else already picked all the ones growing along the path!

Wild blueberries are beginner-friendly pickings, as well; they are an incredibly common sight in the Finnish summer forests, and they are easily recognisable. Nordic blueberries, technically called bilberries, differ from American blueberries in that they grow in low bushes, so you’re most likely to stumble across them if you’re looking down at the ground. Nordic blueberries are also beginner-friendly in that they generally don’t require a lot of effort to find: they can be found growing in large patches nearly everywhere in Finnish forests, and you can easily get caught up picking them for hour. They can be a bit of a hassle to pick, though—they’re rather soft, and they very easily stain your hands and fingers. It’s worth it, however!

Blueberries—or bilberries—most commonly grow during the months of July and August, but depending on the weather, you have a decent chance of finding them in early September as well—my fiancé and I came across an entire field of them just the other day, more than enough to make a pie! Finnish blueberries’ pleasant taste gives them many uses in all manner of desserts, jams, juices, and more, so they’re most definitely worth looking for. Better yet, they usually grow close to another Nordic foraging staple; the lingonberry.

The lingonberry is such a staple in the Nordics that they may as well be considered a cultural icon. The little red berries can regularly be found on a Finnish dinner plate in the form of lingonberry jam, the berry’s tart taste considered to be an ideal complement to a number of meat dishes, particularly reindeer. Like blueberries, they are incredibly abundant in Nordic forests during the summer months, growing in massive patches across the forest floor—and their bright red colour makes them easy to spot. Fortunately for foragers, they often grow together with blueberries, so if you happen upon one, the other is usually never far away! Lingonberries grow in clusters and are relatively hard compared to blueberries, making them particularly easy to pick; in fact, many foragers use a berry picker to make the process even easier.

Given their rather sour taste, lingonberries aren’t quite as versatile as blueberries are, but a worthwhile pick nevertheless—particularly if you’re a fan of the Nordic staple lingonberry jam, which is the most common way to prepare the fruit.

Boletes are a genus of mushroom, characterised by a spongy, porous surface under the hat rather than gills. There are a great many species of bolete, with the most famous one known best by its Italian name, porcini—also known as the king bolete or, more adorably, the penny bun. This tasty mushroom is only one of dozens of bolete varieties that can be found in Finnish forests. Most of them are edible, making them rather safe to pick, though some varieties can cause stomach-aches and nausea, so make sure you know what it is you’re picking before you cook them up. A good rule of thumb for mushrooms in general is that if you’re not entirely sure what it is, don’t eat it! In that sense, the penny bun is quite a safe bet, since none of its look-alikes are poisonous—but they do taste awful.

The penny bun mushroom appears throughout the autumn months, and can easily be identified by the distinctive brown cap that looks a lot like the baked good it gets its name from, and the aforementioned spongy surface on the underside. They also get quite big, with an exceptionally large penny bun weighing up to a kilogram! The thing with these forest delicacies, though, is that they are equally loved by the other inhabitants of the forest as they are by humans, so it’s quite unusual to come across a penny bun that hasn’t been eaten at. They can often be found under spruce and pine trees, growing in the same areas you find the poisonous toadstool mushroom—so if you spot one of those, odds are the penny bun isn’t too far away.  If you happen upon them, I recommend frying them in olive oil with garlic, salt, and pepper—or you can use them in a risotto!

If you stumble upon black trumpet mushrooms during your foraging trip, congratulations! You’ll make all your Finnish friends jealous. Family of the chanterelle, the black trumpet mushroom—also known as the horn of plenty—is incredibly sought after for its rich, smoky flavour. However, their distinct dark colour makes them blend in on the forest floor, making them more difficult to spot than their yellow relative—in fact, there are many Finns who have never even found any in their lifetime. As far as beginner-friendliness goes, they are perhaps the most distinct edible mushroom when it comes to looks, so when looking for black trumpets, you’re in the clear; they’re distinct enough that they are hard to confuse with any other variety of mushroom.  Black trumpet mushrooms are often dark grey and, as their name implies, shaped like a trumpet, with a funnel in the cap. Unlike the chanterelle, black trumpets don’t usually have gills, instead being smooth under their hats.

Black trumpets grow throughout the summer and autumn months, and are usually found in hardwood forests, as they are symbiotic with oak and beech trees and will usually grow on moist soil in the shade of these trees. They are quite delicate and will shrivel up when it gets dry, so a few days of steady rain is your cue if you want to go out looking for these elusive mushrooms.  Like their yellow relatives, they make a great addition to most dishes, but are perhaps best enjoyed simply fried in butter.

There you have it! Five foods Finnish forests have to offer that you should definitely try to look out for on your next stroll through the forest. Even if you’re not entirely sure whether foraging is your cup of tea, you won’t know how truly addictive of a hobby it is until you find your first chanterelle or black trumpet—so don’t knock it ‘till you try it. Happy foraging!

Work
The overrated idea of having a dream job
Read more → 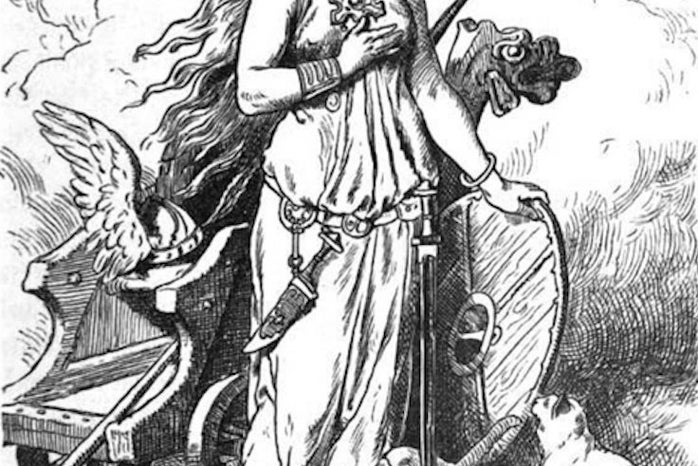 Work
BACK IN PUBLISHING: BECOME A WRITER
Read more →
Good stuff only!