HC at Hampton U
Life

Presenting the wonderful Whitney Bronson! Whitney is a sophomore here at Hampton, but is originally from Cincinnati, Ohio. She majors in Journalism (Scrippas!) and minors in History. Whitney’s passion is sports broadcasting, so she works at the on-campus radio station, Smooth 88.1 WHOV.  Aside from working at the radio station, Whitney is a member of the Student Recruitment Team and a resident assistant at McGrew Towers. She also is a part of a group of students who are trying to revive Hampton’s history club. In her free time, Whitney likes to attend interesting events on campus and go on “Friday field trips” to Chipotle with her friends.

HC: How did you get involved with the on-campus radio station?

WB: I got involved in the radio station actually during pre-college. So, during the summer of 2016, I kinda just went in there and let them know my interest in sports broadcasting.

HC: What are your plans after graduation?

WB: I would like to go to graduate school. Not really sure what for yet, but I’m leaning toward secondary education. I love to give knowledge to other people, but that’s kinda my backup plan. When I finish my bachelor and master degrees, I would really like to do ESPN commentary for basketball.

HC: Who are your greatest influencers in your industry (sports journalism)?

WB: In terms of commentating, Dick Vitale because he’s so animated. Also, the first woman to commentate for football in 30 years, Beth Mowins.

HC: You follow college basketball right? Who are your top 3 teams for this year’s March Madness tournament?

WB: Well, obviously I have to say Xavier since I’m from Cincinnati. And then also UC (University of Cincinnati) because they’ve also done well this year. I’m also going to say Arizona because despite all their troubles they have a pretty good team.

WB: Well, food-wise, french fries, and Chipotle. My mom and I used to get Chipotle every week. It was a wonderful thing (laughs). My other guilty pleasure is TV. Yes, I watch reality TV shows and my favorite is Little Women Atlanta. That’s my show I’ve been there since day one.

HC: Any new artists that you’ve been listening to lately?

WB: I haven’t been really listening to any new artists like that. The thing I’ve been stuck on is the new Black Panther album. I’m lowkey obsessed with this one song by Cam O’bi called Tender-headed.

HC: Describe your style in one word.

WB: Comfortable. You’ll never see me go anywhere without my outfit being comfortable.

HC: What is the craziest thing that has happened to you as an RA?

WB: We’ve (resident assistants) had to deal with extremely rude people. They don’t understand that we are just trying to do our jobs. I guess the craziest thing I’ve done is call the police on someone after a fight.

HC: If you could spend a day with anybody on the planet, who would it be?

WB: I have a list (laughs). I’m just going to say Drake because I love Drake and I would love to meet him one day. If I had a day with him, we could honestly do whatever he would want to do.

HC: So, I hear you’re in a long-distance relationship. What advice do you have for high school and college senior couples who are considering dating long distance after graduation?

WB: With long distance, on everything, communication is key. You can not make a relationship without communication. And don’t get paranoid about what your significant other is doing. You have to trust them.

HC: Last question, got any plans for the summer?

WB: I’m hoping to get an internship. Hopefully, I’ll get one close to home, so I can spend time with my family and my boyfriend. Eat, Sleep and Turn up.

Leenika, or Nika, is a junior journalism major at Hampton University. She is a native of Laurel, Maryland and is a very proud Marylander. In addition to writing for HerCampus, Leenika is also the lifestyle editor of the Hampton Script. Follow her on twitter @callme_nika and on Instagram at lovely_nika.
Similar Reads👯‍♀️

Culture
Trailblazing Women in Tech You Should Be Know
Read more → 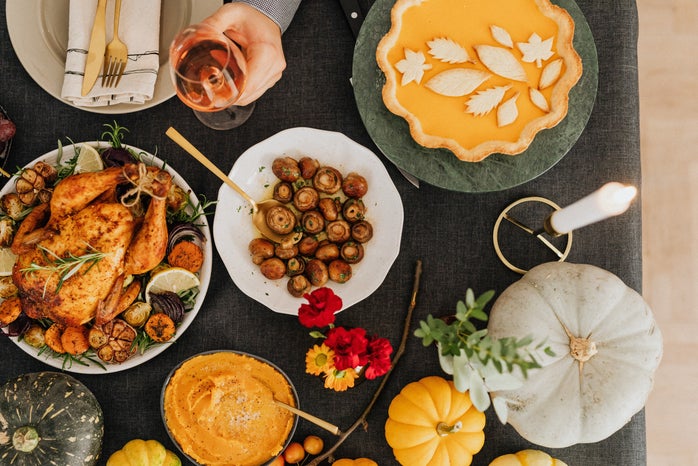 Culture
Thanksgiving in the Black Community: Do you know your history?
Read more →
Good stuff only!