For as long as I can remember, sex has been painful for me. Not just a bit painful the first few times, not just when I was nervous, but full on excruciating pain. For me, sex became a chore, something I needed to do to make my partner happy. I grew to just appreciate it for the intimacy, and not the feeling. Of course, there were times it didn’t hurt as bad as others, even times where it didn’t feel terrible, but these times were few and far between. Sex, at best, felt like nothing.

I have had vaginal health issues for the longest time. I have been basically bleeding and on my period for two years (fun right?), so whenever I went to my doctor, that’s what we talked about. It was always about trying new hormones and birth controls to try and stop that bleeding. Whenever I brought up how painful sex was for me (yes, you can still have sex on your period despite what your boyfriend is telling you), my gynecologist would just brush it off. My gynecologist would spend the 10 minutes she had allocated to me figuring out what new pill to put me on to stop my bleeding, marveling at how I was a medical mystery. I never felt like I had the time or space to bring up this whole other issue that was important to me. And, because she would just brush it off as a small symptom. She blamed the hormones, she blamed the bleeding and cramping, and even worse, she blamed me. It never seemed like a big deal to her, but it was a big deal to me.

Our conversations on this topic were always brief, but the one or two times I brought it up, she would say the same thing. “You’re probably just nervous.” When she told me this over and over again, I started to believe it. Maybe it was my fault. Maybe this pain is just something I had to endure. Maybe sex never would feel good for me. I had resigned myself to this thought, thinking that “okay, sex is just one part of relationships, and will just be something I need to deal with”. The issue was, I knew I wasn’t nervous. This pain was still occurring even when I was having sex with my long-term partner, someone I felt more than comfortable with. Someone who I wasn’t anxious or nervous around. Still, I blamed myself for it. Everytime I had to stop sex because of the pain, I was embarrassed. The fact I never physically enjoyed sex made my angry at myself. I just blamed myself over and over.

However, eventually it got to the point where I couldn’t stand it. There was one time that the pain came out of no where, not during sex, and simply felt like I was being ripped open. For weeks, my pain was excruciating. It wouldn’t go away no matter what I did or didn’t do. The pain was so bad that I actually thought my IUD had moved, so I was forced to once again visit my doctor. This time, however, instead of seeing my normal gynecologist, I saw her nurse practitioner. She examined me, told me my IUD had not budged so something else must have been causing the pain.

When I explained my symptoms to her, and told her what had been going on, she seemed confused. She examined me further, this time actually looking for a cause for my chronic symptoms, and said I should try pelvic floor therapy. Hearing that freaked me out. In my mind, pelvic floor therapy was something that post partum moms went to, something for old women who had bladder issues, and not something a 20-something year old otherwise healthy woman went to. But, at this point I wanted to try it out. Anything was better than the pain I was feeling.

So I went. It was strange, because it was at an actual physical therapy office. For some reason, I thought I was going to be going to another gynecology clinic, but there I was. Among the treadmills and weights and ellipticals was the private back room where I met my physical therapist. When she met me and closed the door, I didn’t really know what to expect. However, after a couple of minutes, she made me feel incredibly comfortable. Best of all, she made me feel heard.

She asked me questions about how I was feeling during sex, emotionally and physically. She discussed the science behind why my symptoms might be occurring. Best of all, she made me feel normal. I didn’t feel embarrassed to be a young college woman with issues during sex. I didn’t feel crazy. I didn’t feel like it was my fault.

Pelvic floor therapy is weird at first. It involves a lot of examination, and a lot of up close contact with your therapist. She feels your pelvic floor muscles, and gives you exercises to help. For me, a lot of these had to do with relaxing. My therapist explained to me on my first session that there was nothing embarrassing about pelvic floor therapy. Your pelvic floor and vaginal muscles are just that: muscles. Just as someone has to go to physical therapy for a pulled hamstring sometimes, you may need to go for your pelvic floor.  She let me know that this relaxation wasn’t about reducing “nervousness,” but rather that I had physical issues in my pelvic floor that were causing the pain. It wasn’t just in my head

I’ve been going to pelvic floor therapy weekly for about a month and a half now, and it has absolutely changed my life. I’ve learned that it was not just “nerves” causing my pain, but rather actual nerve pain that was causing it. I’ve gotten to know my own body so much better, and become so much more knowledgeable about how to ease my pain. My chronic nerve pain isn’t fixed by any means, but it is so much better, and I feel so much more seen.

I guess my bottom line is this: you deserve to advocate for yourself. So often, women just expect sex to hurt. We think it’s okay if sex doesn’t feel great. We think that we should be embarrassed about our own difficulties. But you shouldn’t. My pain during sex turned out to be an indicator of chronic nerve condition that could be resolved with medication and exercise. So often we are told to be embarrassed by our sexuality, but we shouldn’t. Advocate for yourself to your doctors, and don’t listen to them when they make you feel bad for yourself. There is nothing wrong with your sexuality, and therefore nothing wrong with advocating for it.

Health
How to Stop the Sniffles
Read more → 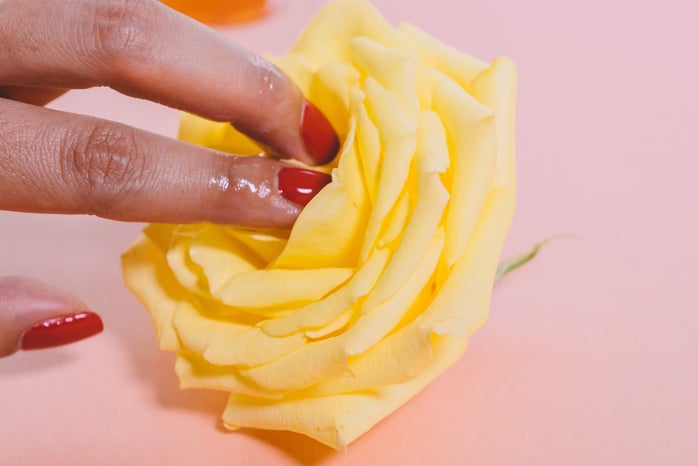