Hi friends! For all my lovely Her Campus members from the past and present, I thought it would be really cool to interview the first President of Her Campus at Endicott College.

Q: When did you start at Endicott College?

Q: What year did Her Campus at Endicott College start and how did it come about?

A: I started building Her Campus at Endicott in November/December of 2015. I had seen something on Instagram, and I thought: “I wonder if Endicott has anything like this”. They only had the newspaper and I wanted to have a platform that was more free for self expression and less formal than the newspaper itself.

Q: Why did you decide to start Her Campus?

A: I had recently gone through a break up and wanted to start something new to pour my energy into. I had tried to join other clubs but nothing felt like the right fit, and I wanted to start a community where anyone was welcome and felt free to be themselves.

Q: Who helped you get Her Campus up and running?

A: Originally it was just me, then I recruited Eva Graef who became my right hand. She helped me with EVERYTHING. Eventually her roommate at the time Bailey joined. It was originally just me, Eva, and Alison Muise, our amazing advisor who helped get us up and running.

Q: How were the first few months of Her Campus?

A: The first months were definitely tricky, recruiting new members, and advertising ourselves on campus was hard because we were so new compared to more established groups on campus who had funding and brand recognition.

Q: What was it like graduating Endicott and leaving Her Campus in the hands of other students/people?

A: Handing over Her Campus was definitely a weird feeling, I knew I was handing it over to Eva who I had built the brand with, but still was sad to leave the chapter behind. I had the most amazing adventure working with some amazing women, so it was hard to say goodbye.

Q: What do you hope for the future of Her Campus?

A: I hope that Her Campus continues to grow and allow young women, (or men), to express themselves. I hope it continues to be a platform of self expression and open advice. I honestly can’t believe it’s carrying on and has grown so much. I am beyond proud of every single gull who has put work into it.

Q: Any ideas that have come about for the organization since graduating Endicott?

A: That’s a tough question, because I really think the organization is about the women who are working on it at the time and their own goals for it. I would love to see members getting involved in the Beverly community outside of Endicott. Volunteering with children or elderly, I think the individuals in the group have a potential to make a real impact, and that is something I wish I had thought to do sooner.

Q: Would you be interested in speaking to the current members of Her Campus to give them your story and insight?

A: I would love to speak to current members and talk to them along with answering questions, about life after Endicott or any question really in general! Hopefully, it would give me the chance to visit Endicott (:!

Thank you so much for taking the time to answer these questions, Emily!! On behalf of all the Her Campus members throughout the years (and the future members to come) ~ we appreciate you <3 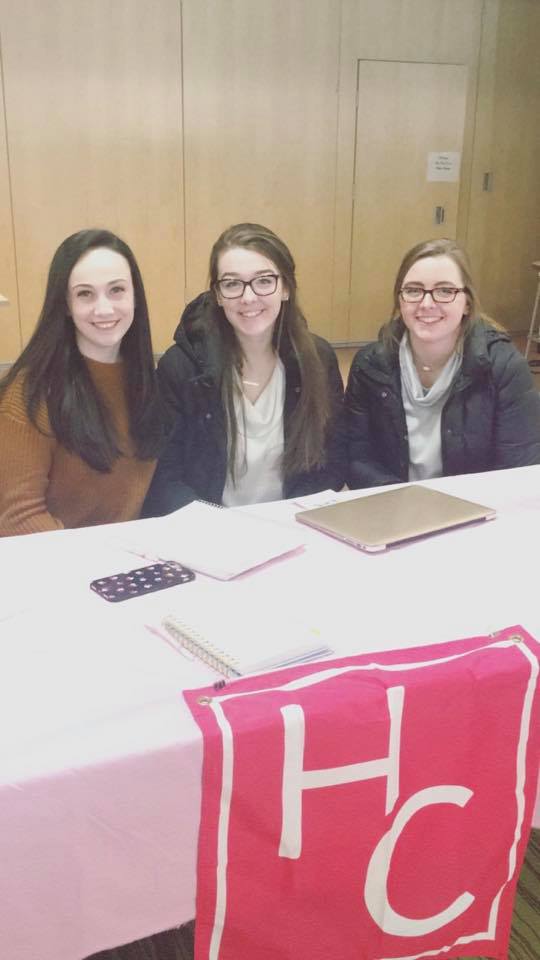 Hi friends! My name is Seal, I'm currently the President of Her Campus, and I'm so excited you're here!! I'm a junior art education major with a concentration in secondary education and a minor in creative arts therapy at Endicott College in Beverly, MA!
Similar Reads👯‍♀️

Academics
My favorite classes at Endicott (so far)
Read more →

Life
Ways to be more sustainable and environmentally friendly this fall!!
Read more →
Good stuff only!