Earlier this week, I had the privilege of interviewing Mishaal Khan, the founder of the Muslim Student Association here at Emmanuel. I sat down with Mishaal to ask her about the club and her own personal feelings on Muslim life in America.

Her Campus Emmanuel: What made you want to start the Muslim Student Association here at Emmanuel College?

Mishaal Khan: Almost every college in Boston has a MSA and during freshman year, I went to a lot of different events at different schools such as Simmons and BU. I saw how they had a strong sense of community and wanted to try to bring that onto campus here.

HCE: How many members are in the club? When do you all meet?

MK: We don’t have regular general members meetings and instead try to get people involved through events, including but not limited to social events, such as our pizza party last semester, guest speaker sessions, and collaborations with organizations such as BSU to talk about social justice issues. Or rather, focus on finding solutions to these problems at hand.

HCE: What factors led you to want to form this club? What is the mission of the club as a whole?

MK: I think that representation matters, and it is important for Muslims at Emmanuel to have a platform to make their presence known. The mission of this club is to raise awareness about Islam and destigmatize the religion, while also talking about issues such as Islamophobia.

HCE: How does this club help support the Muslim identity on campus?

MK: A lot of people don’t know enough about Islam and the MSA aims to equip them with factually correct information, so that it adds to their knowledge and paves the way for them to be an ally to the Muslim community, among other underrepresented communities.

HCE: What kind of events does the club host?

MK: Last semester, we had our social mixer, i.e. a pizza party, as well as an introductory presentation on Islam and Islamophobia. Since then, we have collaborated with BSU to host a discussion on Islamophobia and how it affects several different populations. At present, we are working with Dr. Vamvakas and the Eastern Mediterranean Program, among other groups on campus, to bring Mustafa Akyol on campus to talk about Islam and Pluralism, on April 11th in the LLH.

We are also working with ECMUN and START to bring Nadia Alawa of NuDay Syria to talk about her organization, on April 12th. The event starts at 6 PM in the Fenway Room and we totally encourage everyone to stop by to learn more about humanitarian efforts for women and children in Syria.

HCE: As a Muslim woman, what are your feelings on wearing the hijab? Does this differ between generations?

MK: Wearing the Hijab is an extremely personal decision for a woman to make, and although this is not something that I personally do, I respect it immensely. It is a beautiful symbol of strength and spirituality and the decision to wear it varies from person to person. The decision to wear it varies from society to society. However, at the end of the day, the most important thing is that women should have the freedom to choose whether or not they want to include this in their lives. No one has the right to tell them otherwise.

HCE: How do you feel the media portrays Islam and how does this affect your day to day life? Going off of that, what stereotypical things have you heard people say about Islam or being Muslim? This could be about you or someone else. Can you explain what you believe America’s goal should be in terms of accepting people of other religions, cultures, races and ethnicities?

MK: I don’t think I’ve seen a Muslim as lead character in any TV show or movie… apart from traditional degrading stereotypes that just make my head spin. There needs to be more representation. There needs to be more positive Muslim characters in modern day media. I’ve heard that Jane the Virgin recently showed a Hijabi doctor on the show, and that Grey’s Anatomy also introduced a Hijabi intern, and that’s a good way to start; however, there is a long way to go before there’s enough diversity.

I feel as if a lot of people can be misinformed about Islam and that stems from a lack of knowledge, which could be dealt with in several ways:

2. Ask questions. Be polite but direct.

3. Don’t believe everything that you see on TV or read in the news

We thank Mishaal for all of the hard work and effort she has put into this club. In a world that has so much hate, I am excited to see a group of people, led by a strong female, pushing through the biases.

Meghan McKnight is a junior at Emmanuel College and is the Editor in Chief in Emmanuel's Her Campus chapter.
Similar Reads👯‍♀️ 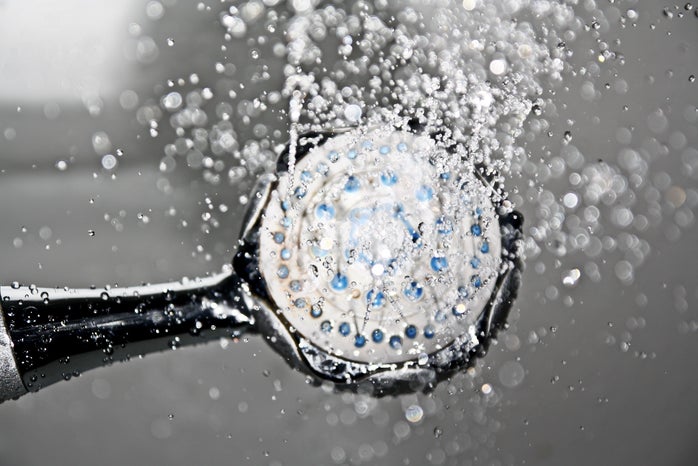 Entertainment
7 Shower Songs I Missed when I had the Frat Flu
Read more →
Good stuff only!