If you have been on the internet for more than five minutes within the past couple of weeks, you’ve probably heard of the drama surrounding the Youtube Creators, the Try Guys. Essentially what happened was one of the members of the group was caught cheating on his wife with a subordinate of his within their production company. After the other Try Guys found out about this news, he was fired from the company.

While this is generally interesting pop culture news, this story particularly grew on social media due to the shock, outrage, and fascination from gen-z. There were countless tweets commenting and poking fun at the subject alike, youtube videos made recapping the events and updates, and millions of views pouring into the Try Guys video commenting on the subject. It’s all people have been talking about – I’m guilty of it!

However, I think it came as a surprise to a lot of people within more traditional news sources how big this story grew to be within the public and on social media. For instance, Adam Levine was recently accused of cheating on his wife as well but many people do not seem to care as much as they do about Ned Fulmer. That, I think, is because of gen-z growing up with parasocial relationships online.

A parasocial relationship is a oneway, personal, and intimate connection a person can have with someone via the media. This may not even be a conscious act, but over time watching, reading, or listening to celebrities, fictional characters, or content creators, an audience will begin to emotionally connect to this figure.

While this can occur with any public figure at any time, parasocial relationships are more than ever prevalent in the age of social media, especially Youtube. Youtube is a space where content creators are interacting directly with their audience and sharing their personal lives. As a young teenager may be watching these Youtube videos alone in their bedroom and absorbing a Youtuber’s approachable personality, there is no wonder how young minds can become emotionally invested in these people and their lives.

The Try Guys, for instance, emerged into the Youtube limelight when a lot of gen-z were entering middle and high school. They made their start and really blew up while working on Buzzfeed’s Youtube channel over eight years ago before branching off to start their own. Since then, many people may have moved on from watching their videos by 2022, but I think when this news broke out a lot of people were brought back to the parasocial relationship with these guys from years past. This news was especially shocking for fans because the Try Guy accused of infidelity, Ned Fulmer, has been known to praise his wife and constantly be talking about her with awe; thus, completely dismantling the parasocial relationship he had created with his audience over nearly a decade!

Hi! My name is Nicole and I am a junior at Denison! I am majoring in English Creative Writing, minoring in Communication, with a concentration in Narrative Journalism. Along with writing, I love documentaries, being outside, thrifting, and crafting!
Similar Reads👯‍♀️ 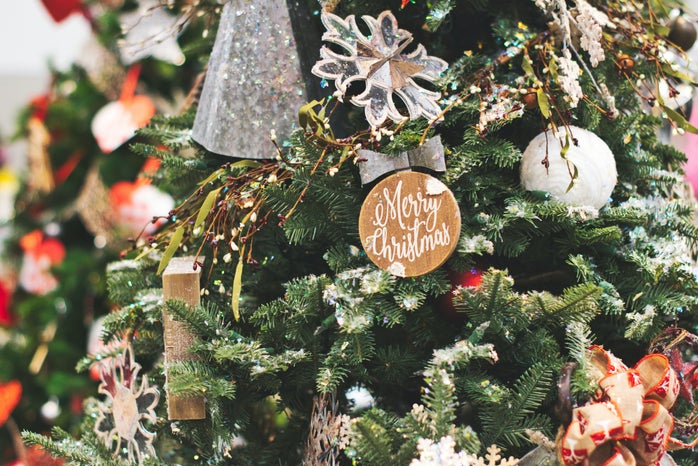 Experiences
Some Quirks of Our Christmas
Read more →

Experiences
Our Last Semester on the Hill
Read more →
Good stuff only!